Written by Danielle Chiriguayo, produced by Bennett Purser May. 27, 2021 Books Lauren Hough came out as a lesbian and then as a cult member. The latter was tougher, she says. Photo by Karl Poss IV.

Lauren Hough has come out twice: once as a lesbian and then as a cult member. The New York Times bestselling author says it took longer for her to reveal her membership with the Southern California cult called the Children of God. As she likes to put it, there’s safety in the closet, and that’s why people stay.

She recently wrote about her experiences growing up in the Children of God and her struggle to put her life together. Her new collection of essays is called “Leaving Isn’t the Hardest Thing.”

Growing up, Hough says her life was relatively normal. She went to school, played on a soccer team, and lived as a latchkey kid. Even as the cult grew in size and adopted dysfunctional practices, such as encouraging sexual relations between adults and children, she says those sorts of things didn’t weigh on her own life.

“It was just background noise to us and that was our daily life. My bigger problem with it was I was constantly having to take care of kids and change diapers. We didn't really know another way. It was the life we had. So you really can get used to anything,” she tells KCRW.

At 15 years old, Hough left the cult alongside her mom, her stepdad, and her little brother. They traveled to Amarillo, Texas, and moved in with her grandma. She says she dealt with a combination of guilt and relief upon leaving.

“The walking out the door part isn't hard. It's the convincing yourself to leave, and then convincing yourself to stay gone once you're out. You have this doubt for a long time, ‘Crap, maybe they were right. And what if they were right? Are we all going to burn in hell because we left?’” Hough says. “But I mean, I was also just really happy to be out. … Being able to listen to the devil's music helped a lot. Turns out television and music are really fun for teenagers.” 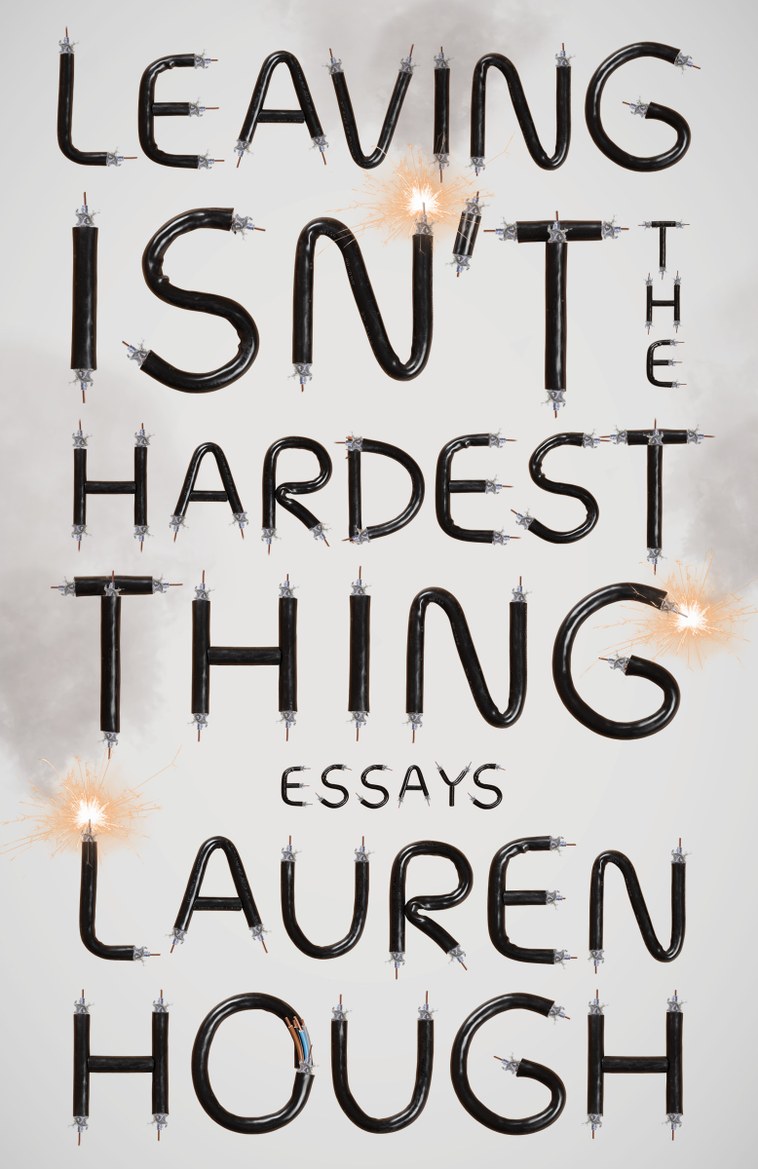 “Leaving Isn’t the Hardest Thing” is a new book by Lauren Hough. Photo courtesy of Vintage.

After graduating from high school, Hough says it was difficult to acclimate to the world outside of the Children of God. She joined the Air Force the day after graduation and later moved to Washington D.C. She experienced hunger and homelessness as well.

“I really hated that I was proven right. If you leave the family, these are the things that will happen to you. You will be homeless, you won't be able to get good jobs. …. It was a long period of just trying to survive. And most of our country lives that way. It's really hard to plan a future or plan a way out when you're trying to solve the current crisis. And there's always a current crisis, and it's ‘I'm living in my car and I need a place to stay.’ And you get the place to stay. And it's a struggle to make rent every month, and any emergency can send you back down.”

Later, Hough worked at a bar called Badlands, where she found friends who she considered family. “It was the first time I think that I'd been around people who accepted me as just the raw, tired, exhausted crying-a-lot person that I was. I could be a complete jerk and it didn't matter,” Hough says.

However, she kept her experiences of growing up in a cult a secret. “The very act of keeping something a secret will turn it into shame. I was just completely guilt-ridden by it. … I get so ashamed and so in the closet about being gay, and I should have recognized that and just never did. That it’s the same thing.”

Eventually, Hough shared her past with friends, and she started connecting with other former cult members.

A gunman in San Jose killed nine people and then himself at a light rail yard on Wednesday. The incident adds another mass shooting to the list of more than 200 events in...

Lauren Hough has come out twice: once as a lesbian and then as a cult member. She says it took longer for her to reveal her membership with the Southern California cult...

Some California universities are offering college credit for playing video games, and many more are adopting esports programs. That’s where students can compete in live...

Where to get your Memorial Day BBQ fix in LA: Bludso’s, Maple Block Meat, Anjahles and more

Here is a list for when you want to sink your teeth into beautifully smoked pit barbeque for the holiday weekend.