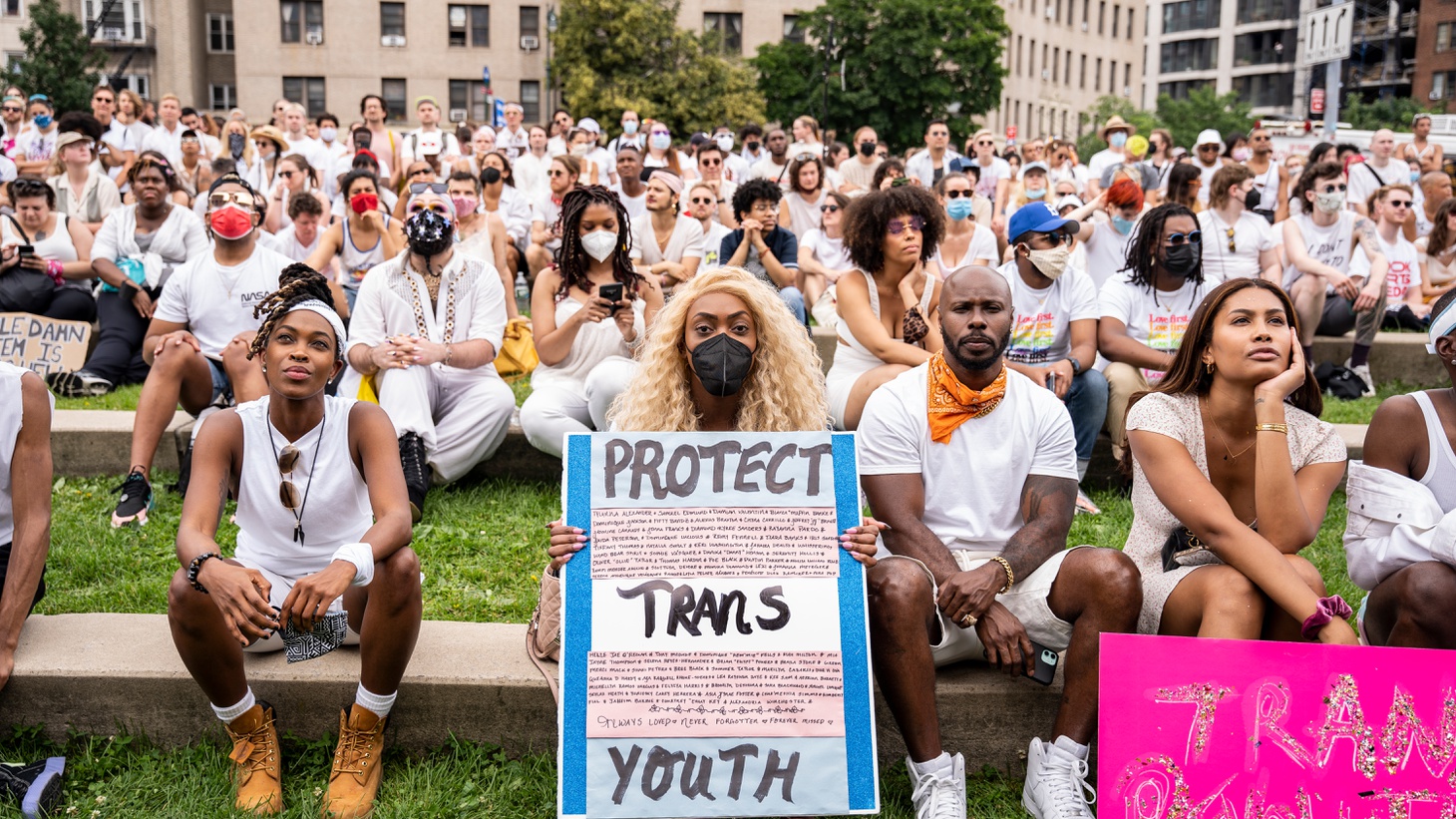 “Young people, for whatever many complicated reasons, feel that perhaps they have the least to lose, or the most to gain, from being out and proud about it,” says Jules Gill-Peterson, history professor at Johns Hopkins University. Photo by Shutterstock.

An estimated 1.6 million people in the U.S. now identify as transgender, and nearly half of them are teenagers or young adults. That’s according to a new UCLA analysis of CDC data.

The latest demographic shift represents a new generation that is more willing to express themselves, says Jules Gill-Peterson, a historian at Johns Hopkins University and co-editor of the journal Transgender Studies Quarterly.

“Young people are not only pretty enthusiastic and pretty consistently brave and happy and proud about who they are and willing to share it, they don't feel hemmed in by stigma or prejudice or fear of discrimination,” Gill-Peterson tells KCRW.

But this isn’t an example of people thinking that publicly identifying as trans is trendy, she points out.

“Anyone could privately identify however they want. But being trans in the world, on the contrary, in this era of cultural visibility, we know is incredibly difficult, not just due to social stigma and prejudice, but actually to the increasing roadblocks that are being put in the way of trans people having even the most basic human rights, human dignity, and access to a livable life,” she explains.

For example, over the weekend, dozens of white supremacists armed with riot gear were planning to disrupt a pride parade in Idaho, and got arrested. At a Nothern California library, members of the Proud Boys yelled transphobic and homophobic slurs to disrupt a drag queen story hour, then got escorted out by security officers.

Despite those challenges, she says people are still willing to come out.

And while she acknowledges that the UCLA analysis might push some to believe that young people are somehow influenced into becoming trans, Gill-Peterson says that’s not the case.

“Young people, for whatever many complicated reasons, feel that perhaps they have the least to lose or the most to gain from being out and proud about it,” Gill-Peterson says.

She adds, “We think numbers are helpful because they [can] be value-free and don't come with emotions. But I think they bring up really deep questions about the kind of transphobia that is rampant in our society.”

Also, children can be used as political scapegoats to perpetuate suspicion, discrimination, and prejudice against the trans community, she notes.

“It's much easier to do that — using children as political prop[s]. … That's what we're seeing here,” she explains. “The logic behind that is that trans people don't deserve to participate in society, don't deserve full citizenship, don't deserve to be in the public world.”

Ultimately, Gill-Peterson says that Americans appear to broadly support the trans community, but they still have a lot to learn about them.

“People's hearts are usually in the right place. But unfortunately, the environment really disincentivizes from thinking about what it means to actually make that leap from broadly supporting trans people and trans rights to understanding what is at stake for them in this moment, and how what's at stake for trans people says a lot about what's at stake for everyone. … Everyone is affected by policies that target people based on gender, appearance, and gender stereotypes,” she says.