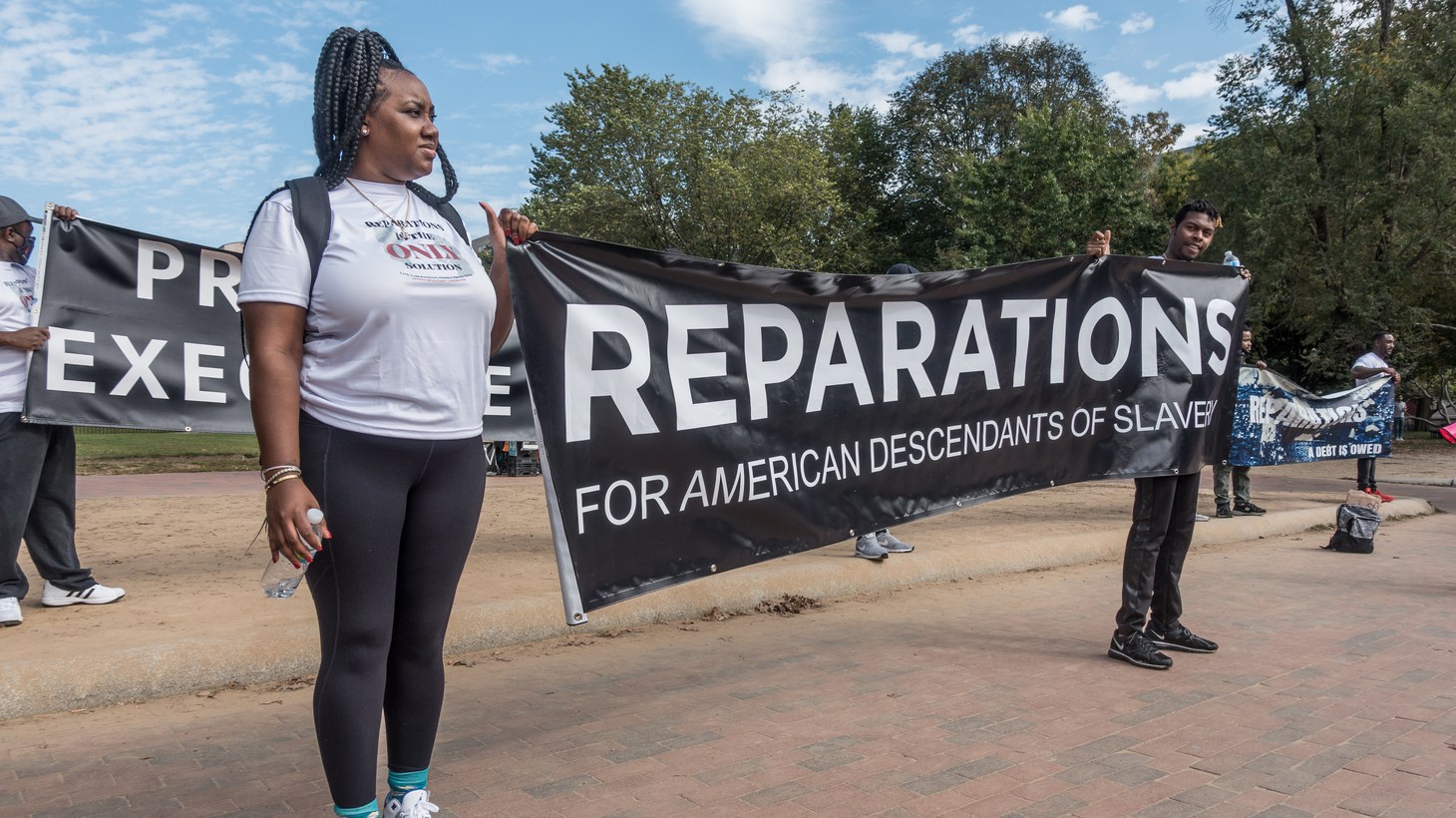 Activists hold a sign pushing for reparations for American descendants of enslaved people. Photo by Shutterstock.

The California Reparations Task Force voted 5-4 on Tuesday to pay reparations only to Black Californians who can prove a direct connection to slavery — either an ancestor who was enslaved or a free Black person living in the U.S. during the 19th century.

However, those lines are very difficult to trace, says Marne Campbell, a historian at Loyola Marymount University and the chair of the African American Studies department.

She explains the work required to trace your roots: “You would start within your own family to find out what documentation is there — where people were born, if they were free or if they were enslaved. … A lot of times people will go to the websites … like ancestry.com. They can look up Census indices. If you don't have that documentation, you go on speculation. That's not to say that the speculation could be wrong, it just may not match up with what's on paper or on file.”

She adds that some documents are lost — the U.S. doesn’t have a complete 1890 Census because it burned in a fire, meaning missing information for a whole decade.

Also as people moved around the country, sometimes they changed their names, and/or Census takers misunderstood what they were saying, thus writing down information that may not match with the person’s own documentation.

California entered the Union as a free state in 1850, but slavery illegally persisted here. Many legislators who drafted the state constitution were slaveholders too, Campbell notes, and they chose to not interfere with another state's right to own slaves.

“Even though it was a free state, there were lots of ways that slaves were brought into California and did a lot of labor in the state between 1850 and 1865,” she says.

Marne says instead of reparations, it’d be better to deal with the larger structural issues that have constantly left behind Black people — economically, politically, and socially.

“I favor giving all Black people an equal opportunity to have access to all of the things that allow white people and others the statuses that they keep, the privileges that they have. And so money is part of it. But I think, again, there are larger systemic issues that need to be addressed. … No matter how much money you have, you may still fall victim to racism.”

It’s important for Black people to accumulate wealth beyond cash, she emphasizes. That means owning land and accessing education and health/mental/dental care.