Lorena Bobbitt: Behind the punchlines, a story of domestic violence Lorena Bobbitt captured the nation’s attention 25 years ago by cutting off her husband’s penis and throwing it out of her car window. The countless genitalia jokes overshadowed a darker story: years of abuse she says she suffered at the hands of her then-husband, John Wayne Bobbitt.

Bobbit, who now uses her maiden name, Gallo, says that her ex-husband continues to send her letters and emails. But she tells Press Play that she’s not afraid of him.

A new four-part docuseries follows Gallo's case in the context of domestic violence. “Lorena” screened at the Sundance Film Festival, and airs on Amazon on February 15. 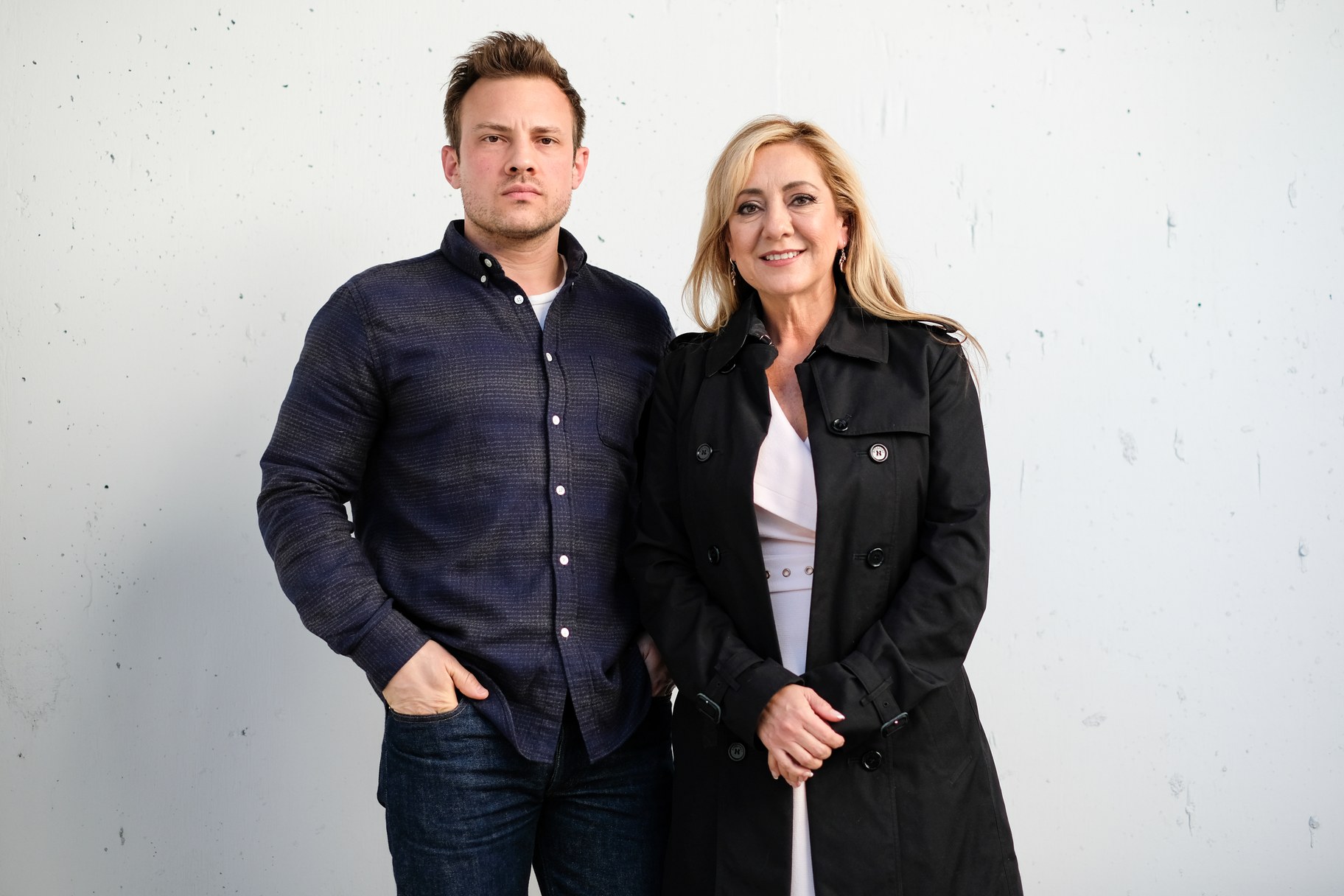 Director Joshua Rofe was 11 when Gallo's case went to trial. He says of the time, if you mentioned “Lorena Bobbitt” to the average person, they’d think of a middle-aged, "crazed" white woman who cut off her husband’s penis in a fit of vengeance. But actually, she was an immigrant from Venezuela who came here to pursue the American dream.

“She thought she found it when she met this handsome, charming Marine named John Wayne Bobbitt.” Rofe says.

However, the relationship was not a happy one. “Lorena suffered four years of some of the worst domestic and sexual violence a person can ever experience on a regular basis," Rofe says. And it coincided with the explosion fo the 24-hour news cycle. "Virtually overnight, it's the biggest story on the planet. But all anybody could focus on was the cut-off penis and how absolutely hilarious that that was.”

Gallo says she was surprised that the media focused on John Wayne Bobbit and the severed penis, rather than her claims of abuse.

She says her ex-husband tortured her in many different ways. “He raped me. He sodomized me. He physically assaulted me. Mentally abused me -- psychologically, emotionally, economically. It was very difficult. Very, very difficult.”

The film also looks closely at John Wayne Bobbitt’s story. He too is portrayed as a victim of abuse.

“I don't think that somebody just becomes a monster out of the womb. I think that there's always an origin point,” Rofe says.

In the film, John Wayne Bobbitt says his uncle was a pedophile who abused him when he was young.

Rofe believes him. “I don't think that people lie about being abused as children. I think it would be so rare to find somebody like that. We put it late in the series to not sort of present it as an excuse early on. And at this point, you've seen him lie for almost four hours. And if you believe him, great. If you don't believe him, great. But the bottom line is this is a broken human being. We felt that that was absolutely an important piece of the puzzle to include.”

“I feel so sorry for them, and for all of us. We were vilified,” says Gallo. “There's obviously the abuser, the victim, and the third element, which is all U.S. society. And you know, the media didn't help anything to clarify it… Howard Stern was talking trash about me, and he didn't even know me,” Gallo says.

But she believes women are in a better place now, especially with the #MeToo and #TimesUp movements, which she says gives strength to women’s voices.

Some companies use drivers' tips to reduce base pay

Takeaways from Gov. Newsom’s first State of the State

Gavin Newsom delivered his first State of the State address today. He firmly positioned California as leading the resistance against Trump -- on immigration, the...

If you tip your Amazon driver, that money isn’t really a tip

The gig economy has made it easy and fast to order food, groceries, or a ride. But Amazon, Instacart and DoorDash have recently come under fire for using customer tips as...

Tech unicorns: Who will be the next Facebook or Amazon?

Uber, Lyft, and Airbnb are preparing to go public this year. All of them are valuated in the tens of billions of dollars. “Unicorns” are tech companies worth at least a...

Lorena Bobbitt: Behind the punchlines, a story of domestic violence

Lorena Bobbitt captured the nation’s attention 25 years ago by cutting off her husband’s penis and throwing it out of her car window.