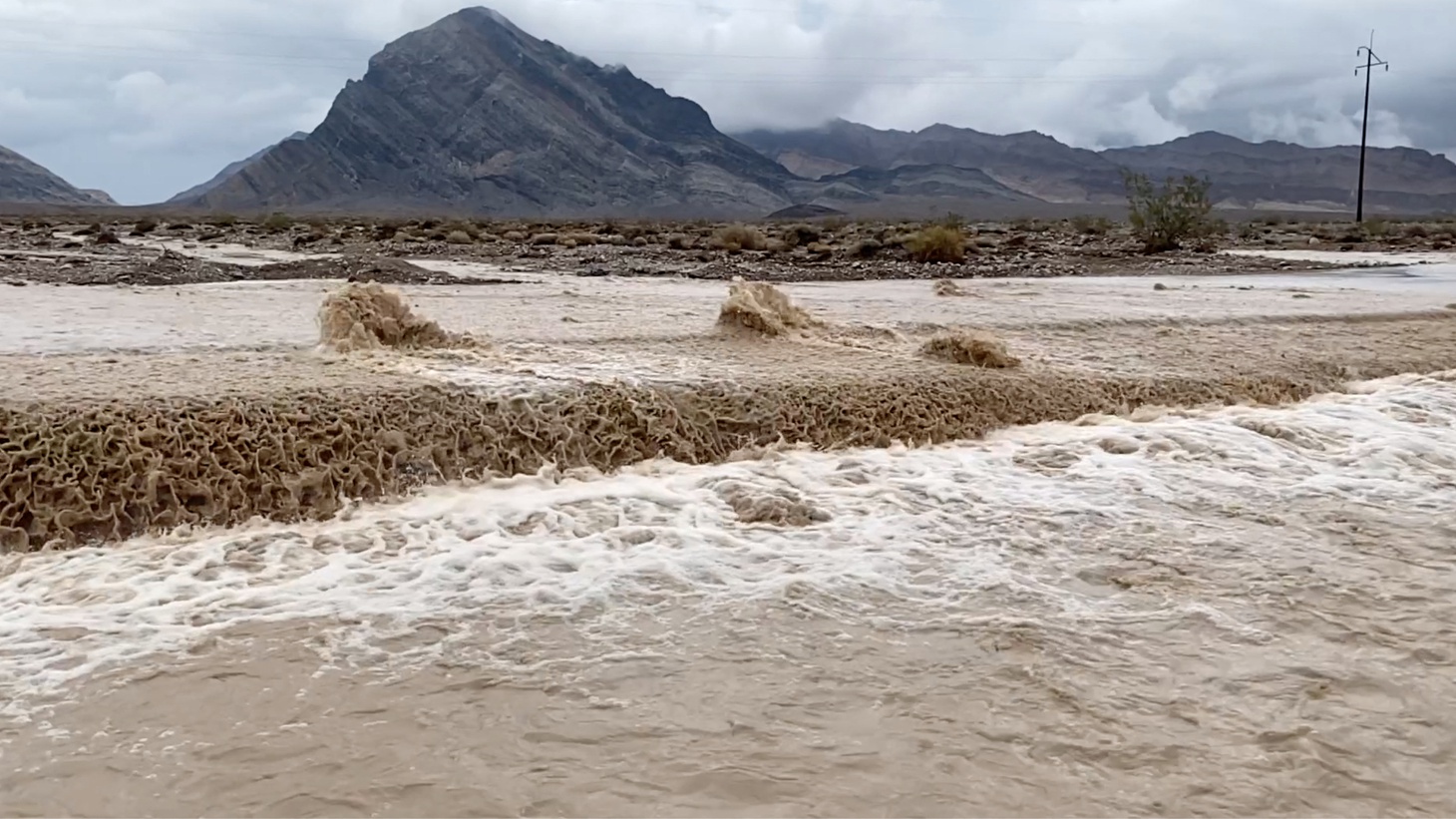 Rain storms have caused devastating flash floods in some of California’s deserts recently. Joshua Tree National Park was forced to close on Monday. In Death Valley, hundreds of tourists and staffers got stranded last week after record flooding damaged roads going in and out of the park. Also in Kentucky, nearly 40 people are dead after floods buried towns in mud last month. And in Seoul, South Korea, heavy rain submerged roads and homes.

These rains are unusual for the summer, says Alex Hall, professor in UCLA’s Department of Atmospheric and Oceanic Sciences.

He explains how they’re related to climate change: “In a warmer world, the atmosphere can hold more moisture. So when you have more moisture in the air, and you have [a] convergence of moist air masses, you just get more precipitation.”

All that atmospheric moisture is why Southern California has been feeling more humid.

“These thunderstorms, for example in the Coachella Valley, are the result of the intrusion of monsoonal moisture up northwards from Mexico and into Arizona and into the desert areas of California. … That is part of the annual cycle of the monsoon. It does seem to be extending a little bit further to … coastal Southern California. … So we've had these periods in the past couple weeks of sticky weather.”

He points out another change in the area: “We have new species of mosquitoes, partly related to warming. … Potentially also a little bit of moisture — that might be a factor as well.”

Hall expects a continued trend of more atmospheric moisture and heavy rainfall — but humans can decelerate and eventually reverse it by cutting greenhouse gas emissions.

But can all this rain reduce California’s drought? Hall says putting that water to beneficial use, like for farming, requires capturing and storing it.

“When water comes at such a high rate from the sky, it's really hard to capture it. And so it ends up being more destructive than it is beneficial. So that just underscores the need for California to be thinking more about how it stores water, and how it can increase the storage capacity for water.  … We need to rethink our infrastructure a bit and … how we can invest more in replenishing our groundwater basins and our aquifers, which have been depleted over the past century.”