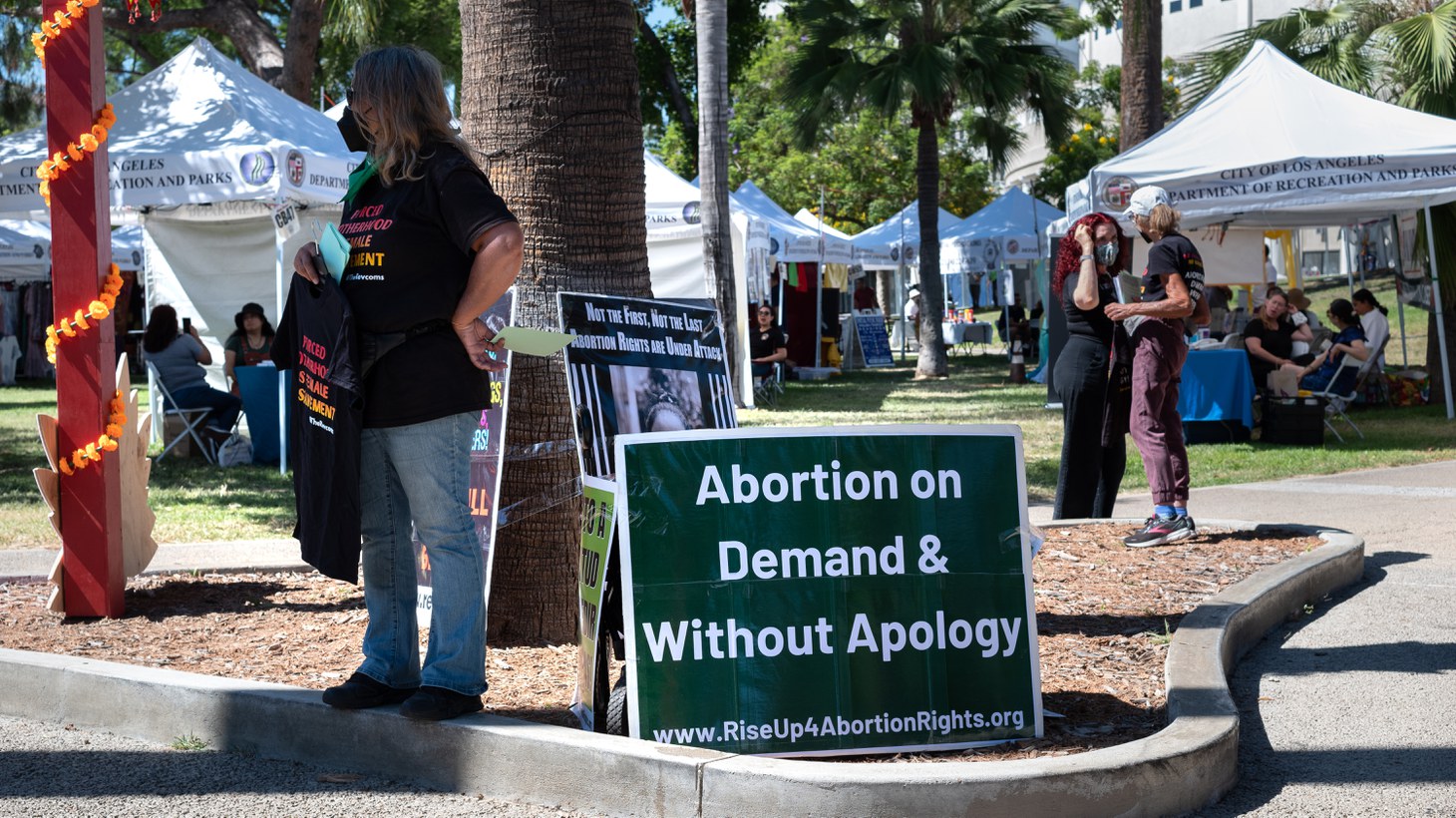 An activist is ready to hand out a t-shirt as she stands next to a sign saying, “Abortion on demand and without apology,” at Echo Park Lake, July 10, 2022. Photo by Amy Ta/KCRW

Republican politicians nationwide are fighting over how far to take anti-abortion legislation in the wake of the Supreme Court striking down Roe v. Wade. Abortion is now completely banned in 12 states, with two more banning it at six weeks.

“When Roe vs. Wade was still in place, there was a lot of unity on the right, and it was very easy for people to say, ‘Oh, I'm anti-abortion, I would want to ban it if I could.’ … Now that they have this power in their hands, you're seeing a lot of infighting on the right in a lot of different state legislatures,” says Alice Miranda Ollstein, health care reporter for Politico.

She adds, “We're tracking that right now in both South Carolina and West Virginia, who are locked in these arguments over exactly how to craft these laws and what kinds of exemptions should be allowed. We saw a really heated battle over it in Indiana, where you had lawmakers accusing their fellow Republicans of being pro-baby murder and using really heated rhetoric like that, even though they passed a near total abortion ban. … It's been really striking to see them really tearing each other apart.”