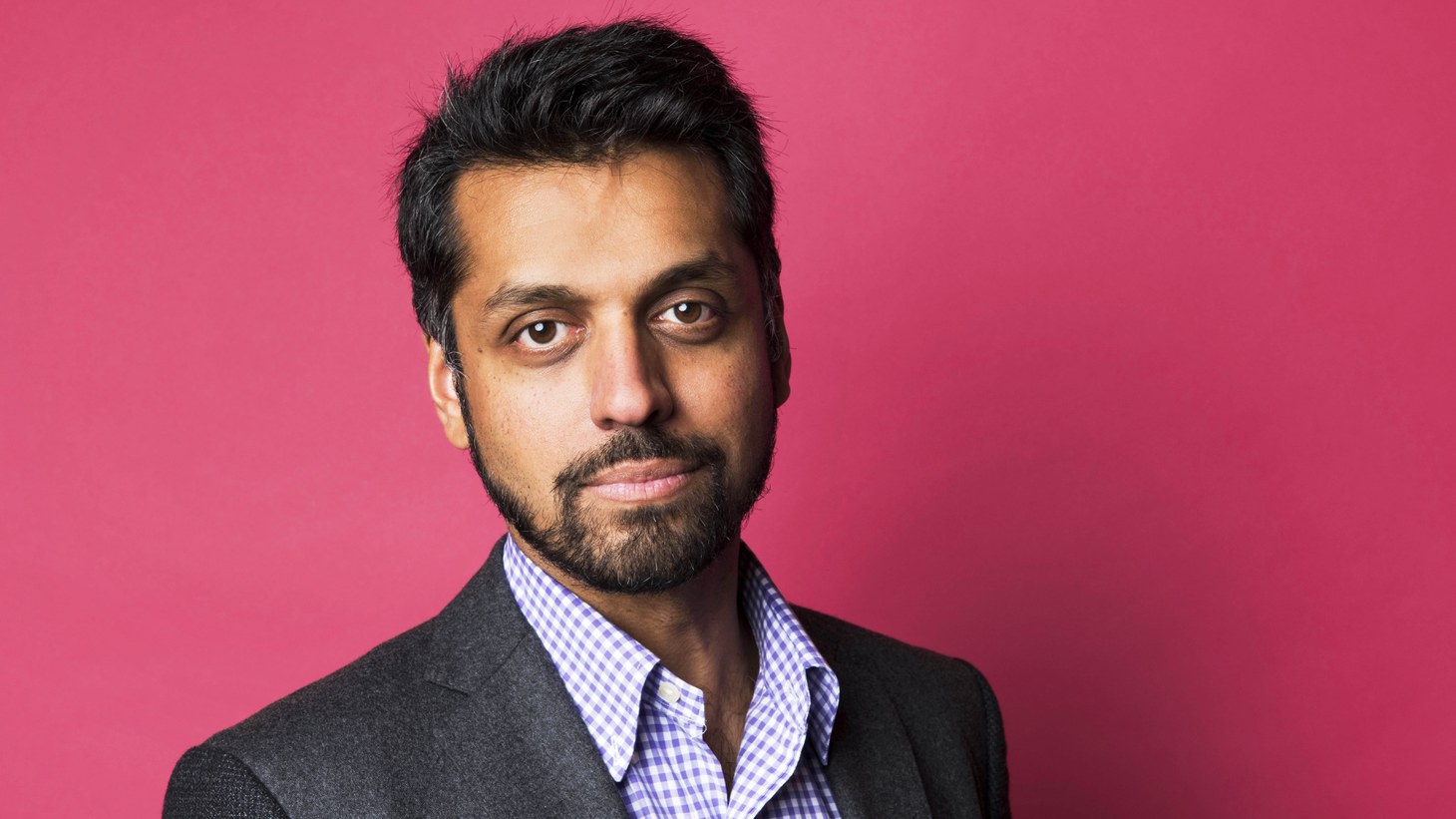 Author, Daily Beat columnist and political commentator Wajahat Ali says he’s told almost everyday to “go back to where you came from,” for no other reason than the fact that he’s Pakistani American. Ali says humor is a more powerful response than anger. Photo by Damon Dahlen, Huffington Post.

“Go back to where you came from” is an insult that people — often white — hurl at non-white people in anger. It’s one that political commentator Wajahat Ali receives almost daily. He was born in Fremont, California, to Pakistani parents. Today he’s a lawyer, a columnist for The Daily Beast, and a contributor to The New York Times, the Washington Post, CNN, and The Atlantic. His new book is “Go Back to Where You Came From: And Other Helpful Recommendations on How to Become American.”

Ali says the best way to navigate the vitriol is through laughter. “Humor, if deployed with intention, can disrupt and flatten your opponent. You can booby trap those stereotypes, and [it] also allows for catharsis or relief and allows you to smile.”

He notes that two “hallmark emails” regularly come his way. “Number one is ‘Go back to where you came from, you Arab!’ And I'm like, ‘I'm not Arab, I’m of Pakistani stock. And do you want me to go back to the womb or Fremont, California? I would love to, if you could subsidize the rent.’ And the second one I get all the time is ‘Go eff a goat or a camel.’”

These comments can feel like a gut punch to Ali, and he responds when he has the emotional energy or doesn’t respond at all.

“Many of us who are born and raised in this country, or many of us who consider ourselves American are reminded almost daily that we don't belong. You're a suspect and an ‘other’ in your own country,” he says.

As a Muslim in America, Ali says he’s constantly fighting stereotypes about his identity.

“Sometimes people like me are very threatening to folks because they can't dismiss us as an Osama [bin Laden] or Saddam [Hussein]. If you're a Muslim in America, [with] the ongoing and endless War on Terror, you're asked to condemn violent acts done by violent people you've never met. And you're asked to prove your moderation in front of a very skeptical judge, jury, and audience that always holds you as suspect and indicts and convicts you anyway. And so the bar is really low.”

How the model minority can enforce white supremacy

Ali says marginalized people in America are often expected to fall in line with society, work hard, and do what’s asked of them without fail.

“It's the dangerous and toxic model minority myth in which you too can become American if you just bootstrap yourself. You smile wide with your white teeth showing, you don't complain, and you have good spelling. You get good credit, and you get a good job, and you get a good degree.” 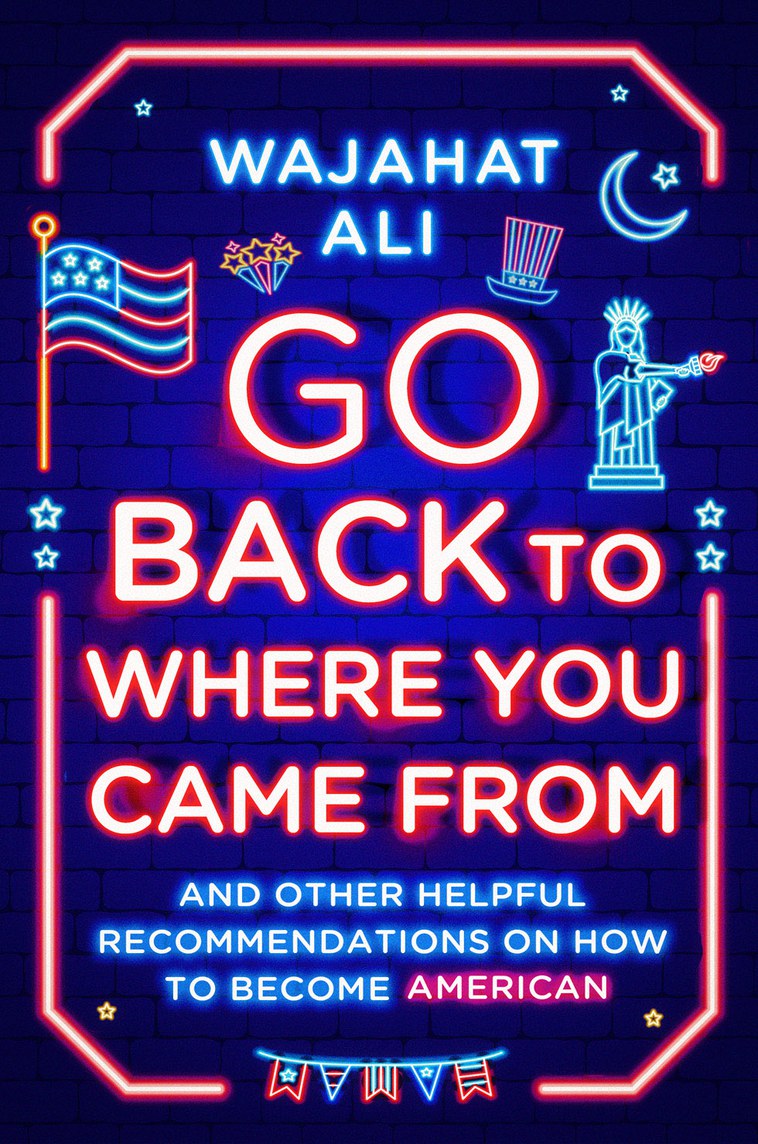 In “Go Back To Where You Came From,” author and political commentator Wajahat Ali reflects on growing up in Fremont, CA; his political awakening after 9/11; and how his life was upended when the FBI arrested his parents just months before he graduated from college. Photo by W.W. Norton.

Being targeted by the judicial system

He says American acceptance can be revoked at the drop of a dime — just look at how sentiments toward Muslims transformed after 9/11.

“The 9/11 terror attack that brought down the [Twin] Towers was the first baptism by fire for my generation — the turning point where overnight, Muslims, and anyone who looked Muslim-y was the target. Islam was the enemy, the Axis of Evil. [It was] us versus them and you're simultaneously both us and them.”

In the months following the attack, Ali says his parents were arrested by the FBI and were caught up in Operation Cyberstorm, a two-year anti-piracy investigation and faced multiple charges, though they had nothing to do with the ring.

Ali says his parents were treated like kingpins, and U.S. attorneys used their Pakistani heritage and books written in Arabic and Urdu as proof of their guilt. He argues that their treatment by the judicial system resulted from being a Muslim family in a post-9/11 world.

“We didn't have the money, and we didn't have the right complexion or the connections, and they screwed us. And they made an example out of us. ‘They’ being the U.S. government and Microsoft,” Ali says. “The system just ate them up, and in a strange way humbled them, but also gave them insight as to how racist and cruel the criminal justice system [was], and how there's a double standard, and how being the model minority means nothing when you're automatically made into [a] ‘them’ overnight.”

“Hope sometimes comes through pain, through scars, through acknowledging the words. … You survive the demons and you still keep standing,” Ali emphasizes. “There's something about that that's very powerful. I'm still here. I'm still alive. I still have time.”

He adds, “Sometimes you realize you're not broken, and the pain and the wounds heal. You have the scars, yes, but you also now have memories and experiences. And the pain can be replaced with joy. And just because your story began in a painful way, it doesn't mean it has to end that way as well.”

Ali gives the example of when his then 2-year-old daughter was diagnosed with stage-four cancer. She needed a full liver transplant, and a deluge of people were willing to help.

“Over 500 people, mostly anonymous folks that I’d never met, signed up to be a donor for this little girl that they’d never met. … And we finally got an anonymous donor who then outed himself … who stepped up to give a piece of his liver. … You survive that and how can you not be hopeful? My daughter is alive.”