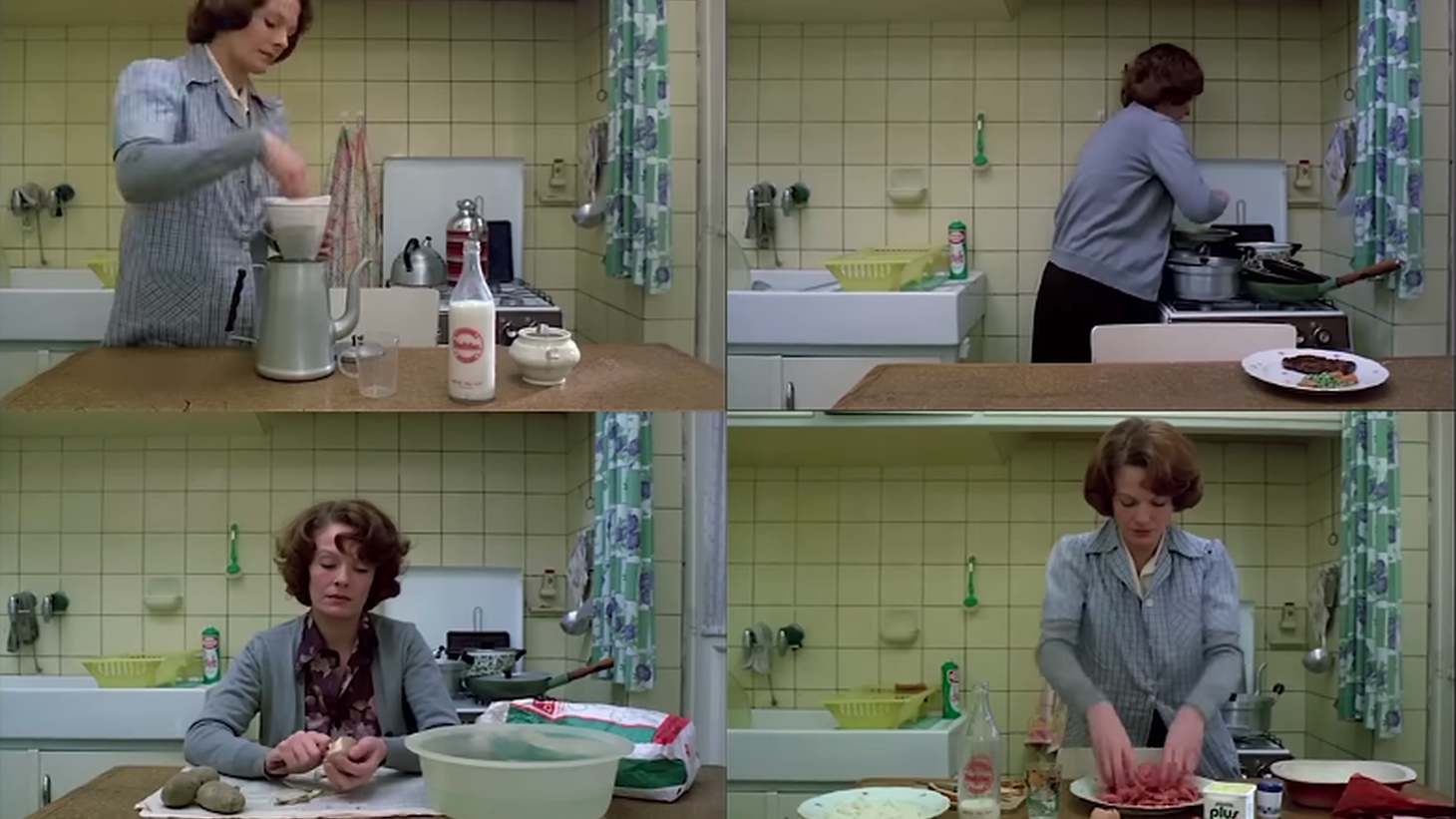 “Jeanne Dielman, 23, quai du Commerce, 1080 Bruxelles” follows a widowed woman as she lives a slow and quiet life. It’s been named the greatest film of all-time by Sight and Sound magazine. Credit: YouTube.

Sight and Sound magazine releases a list of the “Top 100 Greatest Films of All Time” every 10 years. This year, after polling hundreds of film critics, academics, and writers, something interesting happened for the first time since its inception in 1952. Female filmmaker Chantal Akerman took the top spot.

Her 1975 movie “Jeanne Dielman, 23, quai du Commerce, 1080 Bruxelles” was voted the greatest film of all time. It is a slow and quiet, slice-of-life depiction of a widowed woman, who cooks, cleans, and goes about her mundane life — at least until something goes awry. It overtook the last winner — Alfred Hitchcock’s “Vertigo” — and Orson Welles’ “Citizen Kane,” which has held the #1 spot for five decades.

“Jeanne Dielman” is a demanding film that takes time, but allows viewers to be absorbed into its world, says Alicia Malone, a host on Turner Classic Movies. She’s also the author of many books, including “The Female Gaze: Essential Movies Made by Women.”

“She wanted to elevate a woman's domestic life to high drama, something akin to a car chase or a kiss in movies. That a woman's daily life should be examined in the same way, and held to the same regard, as films that have tropes that we often think of as being very masculine. You may not like it, but you will have an experience,” she points out.

Malone says that in topping the Sight and Sound poll, women filmmakers and their stories are finally getting their due.

“These [polls] for so long have been dominated by male directors and great work by men. But it engenders this idea that Hollywood is a place for men. And that film belongs to men, and not to women and that the work of women, much like Jeanne Dielman’s domestic work, is not worthy of examination. It's not on the same level,” Malone explains.