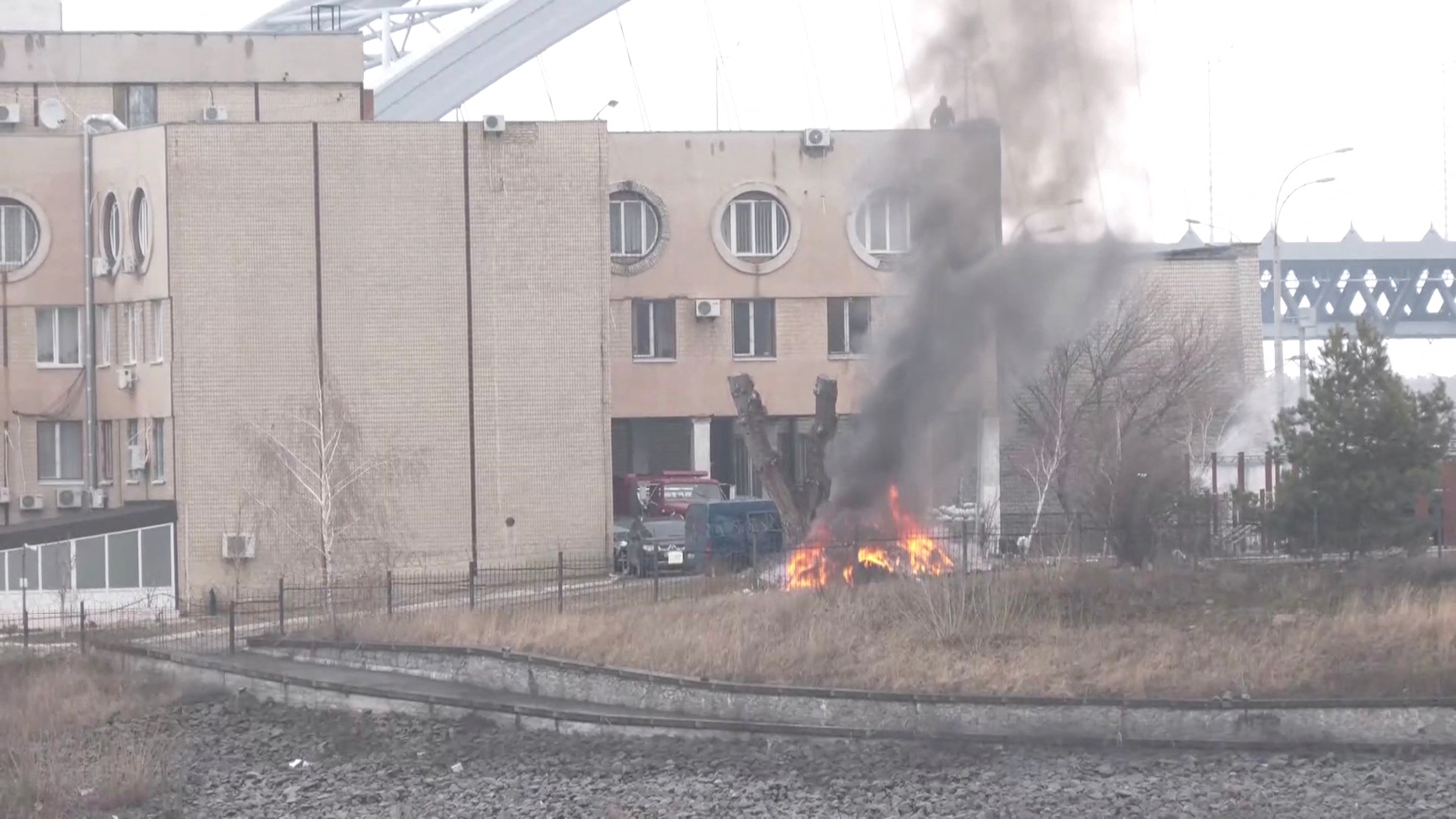 President Joe Biden today condemned Russia’s full-scale attack against Ukraine and responded with heavy sanctions. They include freezing trillions of dollars in Russian assets, restricting exports, and cutting off Russia’s largest banks from western markets. They do not include the harshest sanctions, like targeting Russia’s immense oil and gas industry.

Biden’s sanctions are tremendous in scale and can inflict lots of pain on Russia’s economy, says Mietek Boduszynski, professor of international relations at Pomona College.

“The question, of course, is if that would change Putin’s calculus. We've had both unilateral and multilateral sanctions imposed on Russia now since 2014, and of course, this didn't stop him from carrying out this invasion,” he notes.

He points out a limitation of the sanctions: They don’t affect energy exports. “I think he doesn't want to provoke an energy crisis. ... The Europeans depend on those energy supplies. … In these meetings that he's had with them, most recently the G7 meeting this morning, they probably told him that, that that's a red line.”

Europe gets about 40% of its natural gas from Russia, and it’s more than 50% for Germany, notes Michael Birnbaum, Washington Post reporter and former Moscow bureau chief.

“They use that gas to generate electricity. They also use it to heat homes and just keep keep the stoves running. … There's a worry that if there were a complete cut-off, that would force really painful economic changes, rationing, and some industries to have to shut down temporarily,” he says.

Birnbaum says the European Union next week will announce a strategy to reduce its reliance on Russian energy, which will take years, and meanwhile, the U.S. and Qatar have been trying to supply Europeans with with alternative sources of gas.

All this is driving up oil prices, which topped $100 a barrel today. “This is also a domestic political problem for President Biden. … We're heading into midterm elections, and so there's a question about what the United States can do. Can it open up its strategic reserves? Can it try to push down prices somehow? But … it's pretty clear that prices are going to go up in the short term at least,” says Birnbaum.

Does Putin have ambitions beyond Ukraine? Boduszynski says, “Recently, recall that there was a Russian military intervention in Kazakhstan. … Russia has intervened in Transnistria, which is another separatist state in what's Eastern Moldova. … I could easily see him continuing this in other parts of what was the former Soviet Union.”

Meanwhile, Birbbaum says Ukrainian highways are clogged as families are fleeing the country’s biggest cities, including the capital Kiev, which has a population of 3 million. He adds that it’s unclear how far the military campaign will go, and whether they’ll switch from targeting airports and military facilities to targetting civilians and urban areas there.