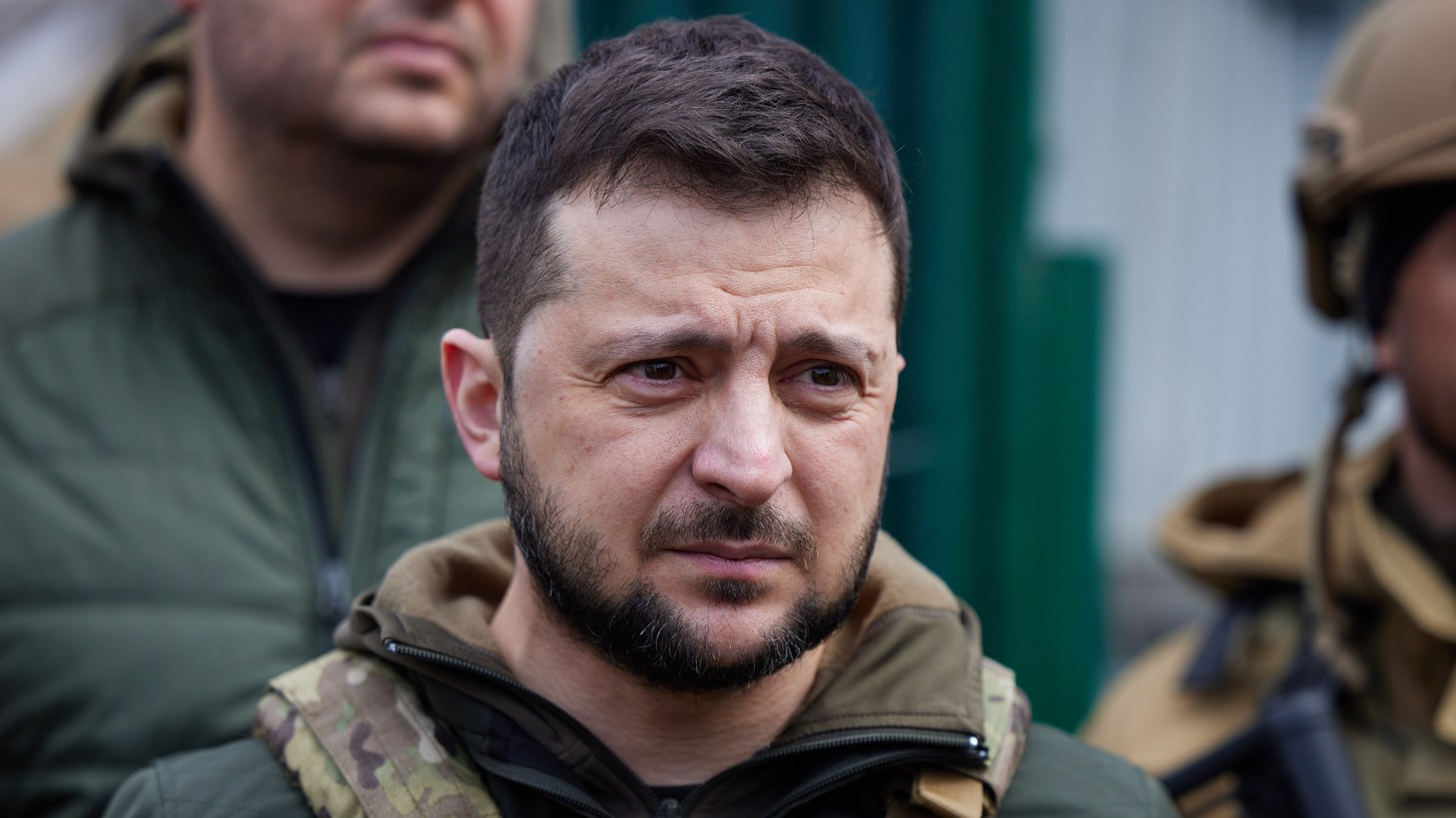 Ukrainian President Volodymyr Zelensky visits the town of Bucha outside the capital Kyiv on April 4, 2022, following reports of civilian deaths in the area previously occupied by Russian forces. These are war crimes and will be recognized by the world as genocide, Zelensky said. He also inspects Irpin and Stoyanka, where Russia troops have retreated. Credit: EYEPRESS via Reuters Connect.

Ukrainian President Volodymyr Zelensky laid out evidence for what he calls war crimes in an address to the United Nations Security Council today. He described a mass grave that’s been discovered in Bucha, a town near Kyiv, as well as bodies of people who appear to have been executed with hands tied behind their backs. According to U.S. Ambassador to the U.N. Linda Thomas-Greenfield, the images must be independently verified, but back up the allegations that Russia has committed war crimes. She is also calling for Russia to be removed from the U.N. Human Rights Council, calling its membership a “farce.”