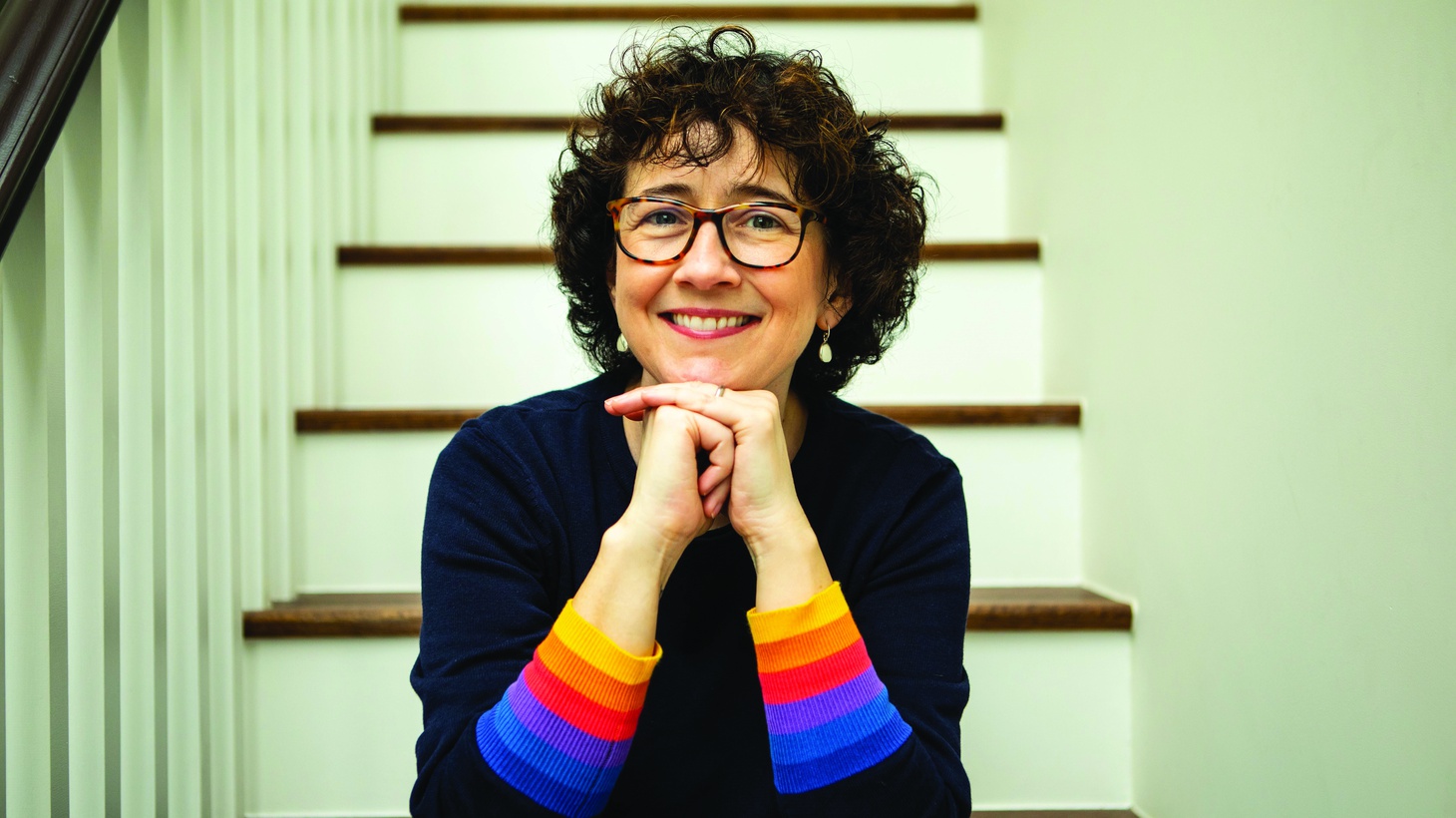 “I found myself in a crisis. Even though I'm a writer, and I love words, and my whole world is words, I just couldn't find the words to talk about how I was feeling,” says Georgia Pritchett, author of “My Mess is a Bit of Life: Adventures in Anxiety.” Photo by Antonio Olmos.

On the outside, Georgia Pritchett’s life is a screaming success. She’s an Emmy Award-winning writer of shows like “Veep,” “Tracey Ullman’s Show,” and “Succession.” But on the inside lies a different story, which she details in her new book, “My Mess is a Bit of Life: Adventures in Anxiety.” Through the chapters, she uses humor to find relief.

At one point in Pritchett’s life, she felt so overwhelmed with anxiety that she couldn’t speak. At the suggestion of her therapist, she wrote down everything that was rolling around in her head. Thus her book was born.

“I found myself in a crisis. Even though I'm a writer, and I love words, and my whole world is words, I just couldn't find the words to talk about how I was feeling,” she tells KCRW. “In desperation, I did start writing and the result is a slightly alarmingly, no-holds-barred memoir. … As a scriptwriter, I'm used to putting words in other people's mouths, and I've never written anything personal before. So it’s kind of horrifying.”

A childhood “tormented with anxiety”

Pritchett grew up among a family of writers — her grandfather is short story writer V.S. Pritchett — and as a result, spent much of her time also putting pen to paper. She often wrote detailed accounts about animals, such as a bird who fell out of a tree or a biography about her pet hamster. At school, she was shy and quiet, and felt overwhelmed by her classmates and the noise.

Pritchett was even featured on the cover of a book, which caused excitement until she saw the final product: “When we got sent the book, it was a completely unposed photo just of me, how I always looked: tormented with anxiety. The headline of the book was ‘Learning to Adjust.’”

The only woman in the writer’s room

Pritchett always knew she wanted to write for a living. And after realizing her ability to memorize skits from sitcoms and stand-up comedy, she set her sights on narrative comedy writing.

“A good place to start is often with stand-ups or on sketch shows. And I think that's a really good place to hone your craft because you learned so much about characters. You have to inhabit the life of whichever stand-up you're writing for. And so that stands you in good stead when you come to write narrative comedy,” Pritchett explains.

But as Pritchett navigated through different writers’ rooms, she realized that she was always the only woman there. It wasn’t until “Veep” where she found herself among other female writers.

“There were two other women. That's literally 300% more women than I was used to. And it was so mind-blowing when I came to work with other women. And I realized, ‘Gosh, it’s incredibly validating and confidence-boosting to see yourself reflected back at you, to see people who look like you.’”

She adds, “That just made me think, ‘Wow, that's what it's like to be a white man, every single minute of every day when you walk in any room or turn on the TV. And how difficult must it be for all those people out there who still never see themselves reflected, whether it's on TV or in positions of authority.’”

A new family and a new writer’s room

“Veep” was Pritchett’s big leap into TV writing, and the job came with its own set of challenges. Her kids were young, and she often had to travel for filming.

“The whole point really of being a writer is you get to be at home in your pajamas, eating biscuits all day. And so suddenly, I had to go away for work. And I remember sitting my children down and saying, ‘I've got to go away for work.’ And they're like, ‘But you haven't got a job.’ I said, ‘No, I have one. … You know the thing you see me doing on my computer?’ And they would say, ‘What? Playing solitaire?’”

The kids eventually adjusted and developed a love for American culture. Today, Pritchett says they even talk in “terrible” American accents. 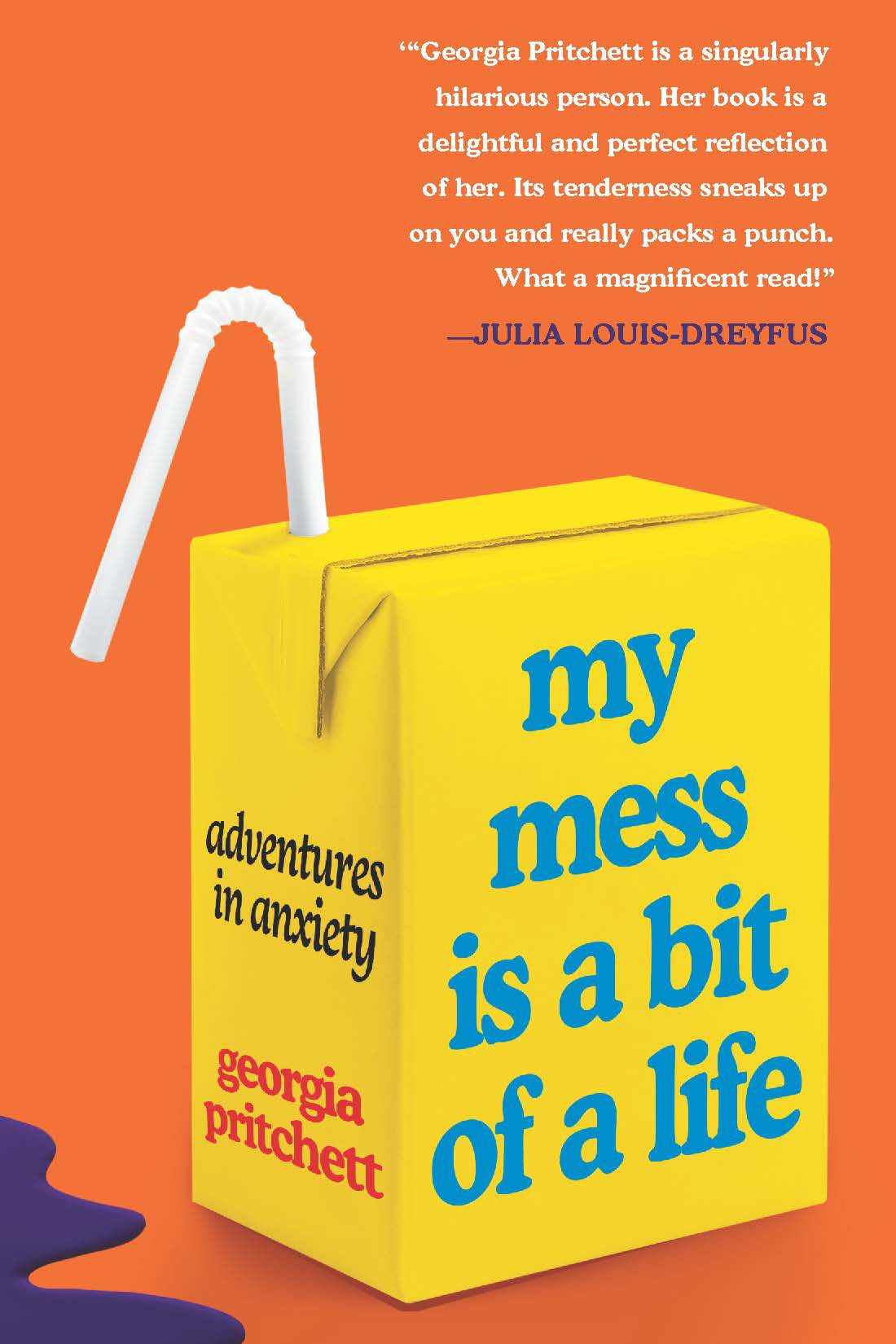 “As a scriptwriter, I'm used to putting words in other people's mouths, and I've never written anything personal before. So it’s kind of horrifying,” says author Georgia Pritchett. Photo courtesy of HarperCollins

Relearning how to communicate

When Pritchett was pregnant with her second child, her eldest son was diagnosed with autism. And he was nonverbal until he was 7 years old. The discovery pushed Pritchett to reconsider how she communicated with others, especially her son.

“I was in a position where the one thing that I'm good at was of no use. And we had to find different ways of communicating. And it was really both challenging, and pretty amazing actually, to discover the limitations of words, as well as all the great things about them. And to find whole other ways of communicating with someone and trying to find a way into their world. He's really taught me a lot.”

And despite the doctor’s warning that her son would never speak, Pritchett says he’s quite the chatterbox today.

“Just before I came on, I was arguing with him about whether he should wash his hair or not. And he said to me, ‘Don't derail the topic,’ as I was trying to justify why he should. So yes, he's now very good with words and has a wider vocabulary than me, damn it,” she notes.

Easing the chaos through writing

Before writing her memoir, Pritchett says she was consumed by self-loathing and was always tough on herself. But through the process, she learned how to accept herself.

“I think when you're in the midst of the chaos of life, it’s very easy to be hard on yourself. ‘I should be a better person or a better mother, a better partner or better writer,’ or whatever it is. But actually, when you write it all down and look with a bit more objectivity … you can find a bit of compassion for yourself and think, ‘I was doing the best I could with the kind of information and the resources I had.’ And it was quite a revelation to kind of realize that and to ease up on myself a bit.”