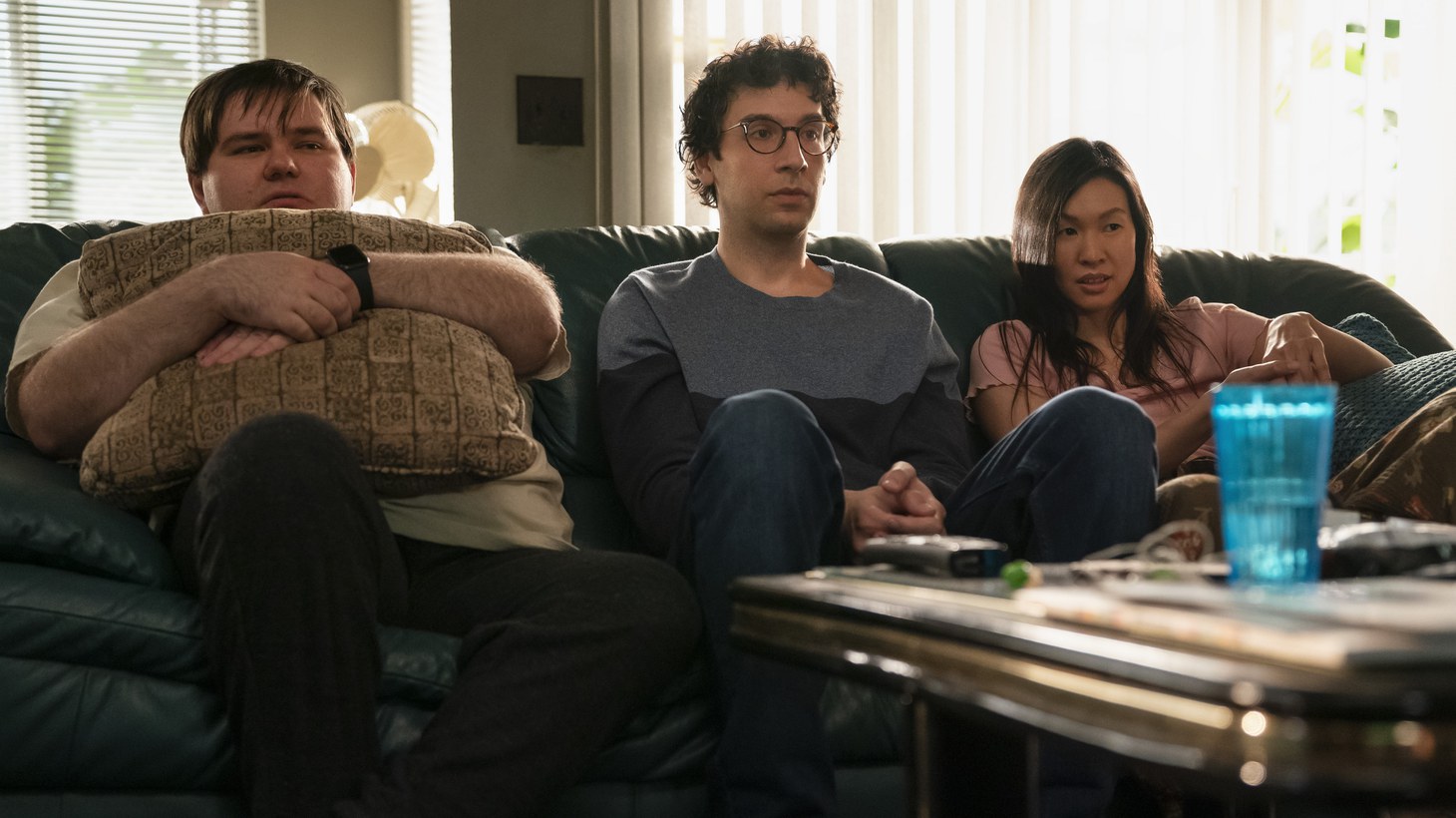 “There is no one way of being autistic. As many people as you meet who are on the spectrum, that's how many different types of autism there are,” says Jason Katims, showrunner of “As We See It.” Photo by Ali Goldstein/Amazon Prime Video.

For people on the autism spectrum, everyday activities can be incredibly challenging — exchanging pleasantries with a coworker, walking down the block to a corner coffee shop, and even trying to date. Life can take an exhausting emotional toll on their friends, family, and caregivers too.

Amazon’s new series, “As We See It,” follows three roommates who are on the autism spectrum, played by actors who experience it in real life. KCRW talks to one of its series stars, Sue Ann Pien, and showrunner Jason Katims.

Katims says he was inspired to create the show because his son is autistic, and he realized there wasn’t enough representation of adults on the spectrum. He pulled inspiration from the Israeli show “On the Spectrum.”

“I had a real sense of responsibility about wanting to get this as right as possible … and not ever make it look like we were looking down at these characters or judging them. I wanted to be looking through their eyes,” Katims tells KCRW.

When casting the show, Katims says he looked for actors that could bring each character’s unique qualities to life and identify as being on the autism spectrum.

“These characters … their gifts, their challenges, their personalities were all distinct and different. That was important to me because having a son on the spectrum and knowing a lot of people over the years on the spectrum, I know that there is no one way of being autistic. As many people as you meet who are on the spectrum, that's how many different types of autism there are.” 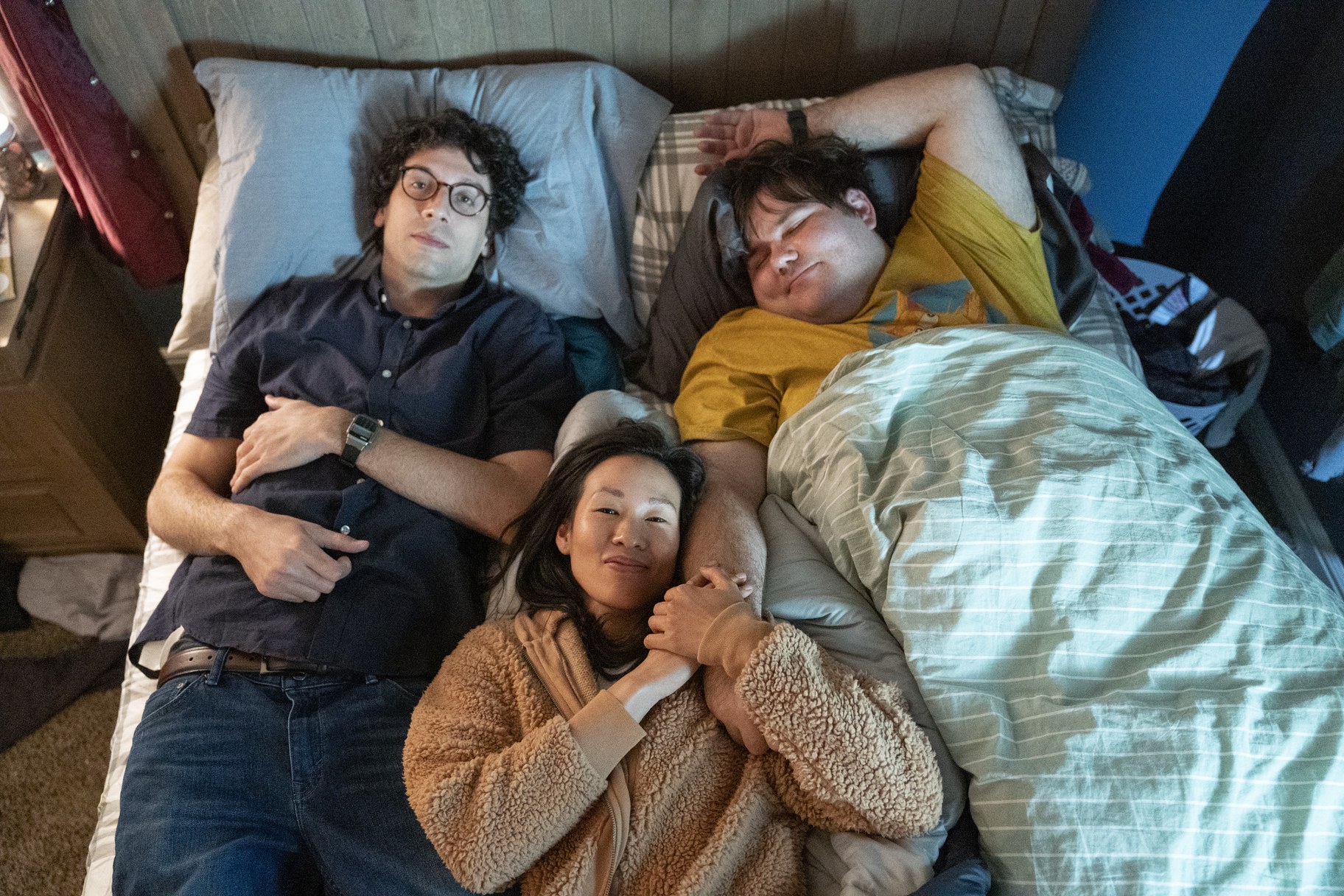 “As We See It” follows three roommates on the autism spectrum who are learning to be independent and accepted as they grow up. Photo by Ali Goldstein/Amazon Prime Video.

The show is centered on three characters: Violet, Jack, and Harrison. Jack is a computer programmer who can somewhat blend in, but has control issues and difficulty reading the subtleties of body and verbal language. Harrison has more trouble navigating the world, which even includes leaving his apartment and walking around in public.

Violet (played by Pien) has a hard time getting her loved ones to understand her needs and wants. Pien says she can entirely relate because she’s on the spectrum herself.

Violet also has trouble finding love, Pien adds. “Everything you learn about the world is through magazines, television, movies, right? Everything that I watched would inform how I'm supposed to be. I would watch all my friends all dating and losing their virginity. There's a sense of … loneliness. Just because you have differences doesn't mean that you don't feel the need to have connections, right?”

She notes, “There's so many parallels between Violet and myself to cross that threshold into normal adulthood. … The world tells you this is the way it's supposed to be. And so she's just trying to find her rite of passage. Why can't she have a boyfriend or date like a normal person?”

In one scene, Violet goes on a date with a neurotypical man and after she comes off a little too enthusiastic, he ditches her. Pien says similar situations have happened to her. 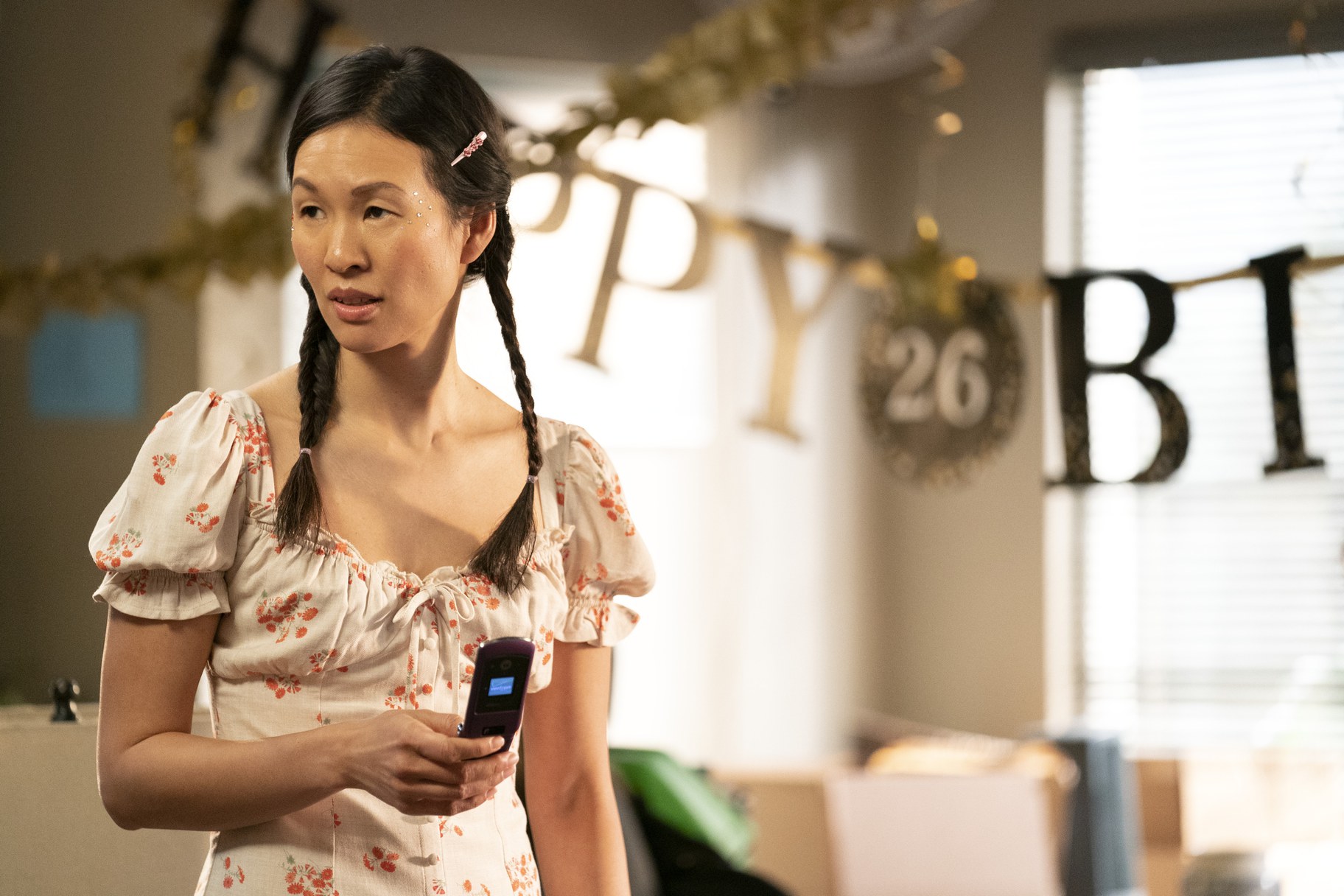 Pien says before she was married, she went on dates and felt compelled to act in a socially acceptable way. Eventually, she got tired.

“You hit a certain point [where] you have to be yourself when you're dating somebody eventually. So I would have people be like, ‘You're so different,’ she says. “So partly, that's on me because I'm hiding myself throughout the world or trying to date as somebody I'm not. And then they're like, ‘Who is this person and I don't like you.’ So it's just perpetuating that constant rejection over and over.”

Putting on a facade to be accepted

Growing up, Pien says she experienced a steep learning curve when trying to get along with her peers. Although she was just as smart — if not smarter — than many of them, she didn’t understand why they would talk about her or pick on her. Eventually, she learned how to copy them.

“I started to look around the playground like, ‘That kid over there never gets picked on and that's the popular, top of the food chain [person] at school.’ And I started to mimic them. I started to observe and take on their mannerisms,” Pien explains. “I realized these differences [were] what's making me outcasted and targeted. And so I started to change these things about myself to match.”

That became exhausting too, she admits.

“I'd be tired of acting. My face would have a flat affect. … My voice [would] go monotone because I'm not trying to put on [a] character. There was also a sense of PTSD. … [I thought] I can't act proficiently through life and something really bad is gonna happen. That fueled a sense of anxiety.”

Even Pien’s parents pushed her to hide her autism too, she shares, which made her feel inherently dysfunctional. As a result, Pien says portraying Violet and seeing loving and accepting parents and caregivers in “As We See It” was a healing experience.

“Here I am on set with people like Jason and it’s like, ‘God, what kind of parents are these? How lucky are their kids? Who are these people?’ It was this level of loving acceptance that me, as autistic Sue Ann, never got to receive. I found myself valued and worthwhile in the character as I play Violet. It's really such a cathartic, healing journey in so many ways.” 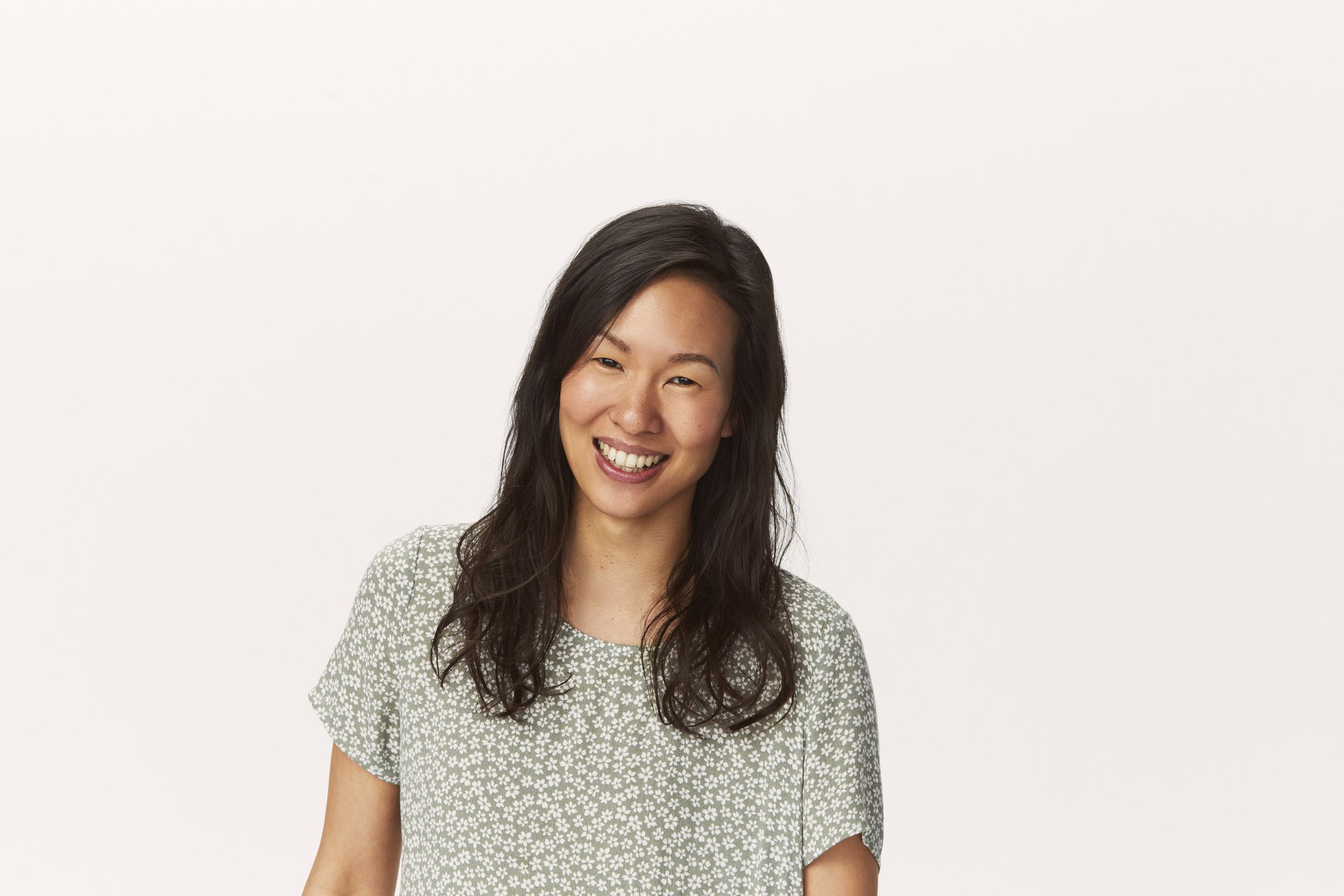 “I found myself valued and worthwhile in the character as I play Violet. It's really such a cathartic, healing journey in so many ways,” Sue Ann Pien says of her experience acting on “As We See It.” Photo by Danielle Levitt/Amazon Prime Video.

Looking back, Pien says she’s reframed her mom’s desire to keep her autism a secret. She sees it as her mom trying to protect her.

“That's what love is to her. Love to my mom is protecting me, maybe because she has a lot of fears that I innately do not have, right? We're so different.”

Pien has even realized that her dad is on the spectrum. As a kid, Pien says she would often ignore or blow off her dad’s quirks.

“I was trying to be cool [and] fit in at school. He would monologue at breakfast and just talk. He has special interests. When I was a teenager, I was like, ‘That’s so uncool, you need to stop.’ Now things make so much sense because he was of a generation where people wouldn't understand. They just thought he was just different, weird,” Pien says.

The universality of “As We See It”

Despite the heavy topics that the episodes present, Katims says all viewers can relate to this show at its core.

“What surprised me when I was watching the cuts in the editing room, I was like, ‘Oh, I thought I was making a coming-of-age story about neurodiversity.’ And I realized, ‘Oh, I just made a coming-of-age story.’ Everything that these characters are going through, these are all the things that everybody is dealing with, especially at that age.” 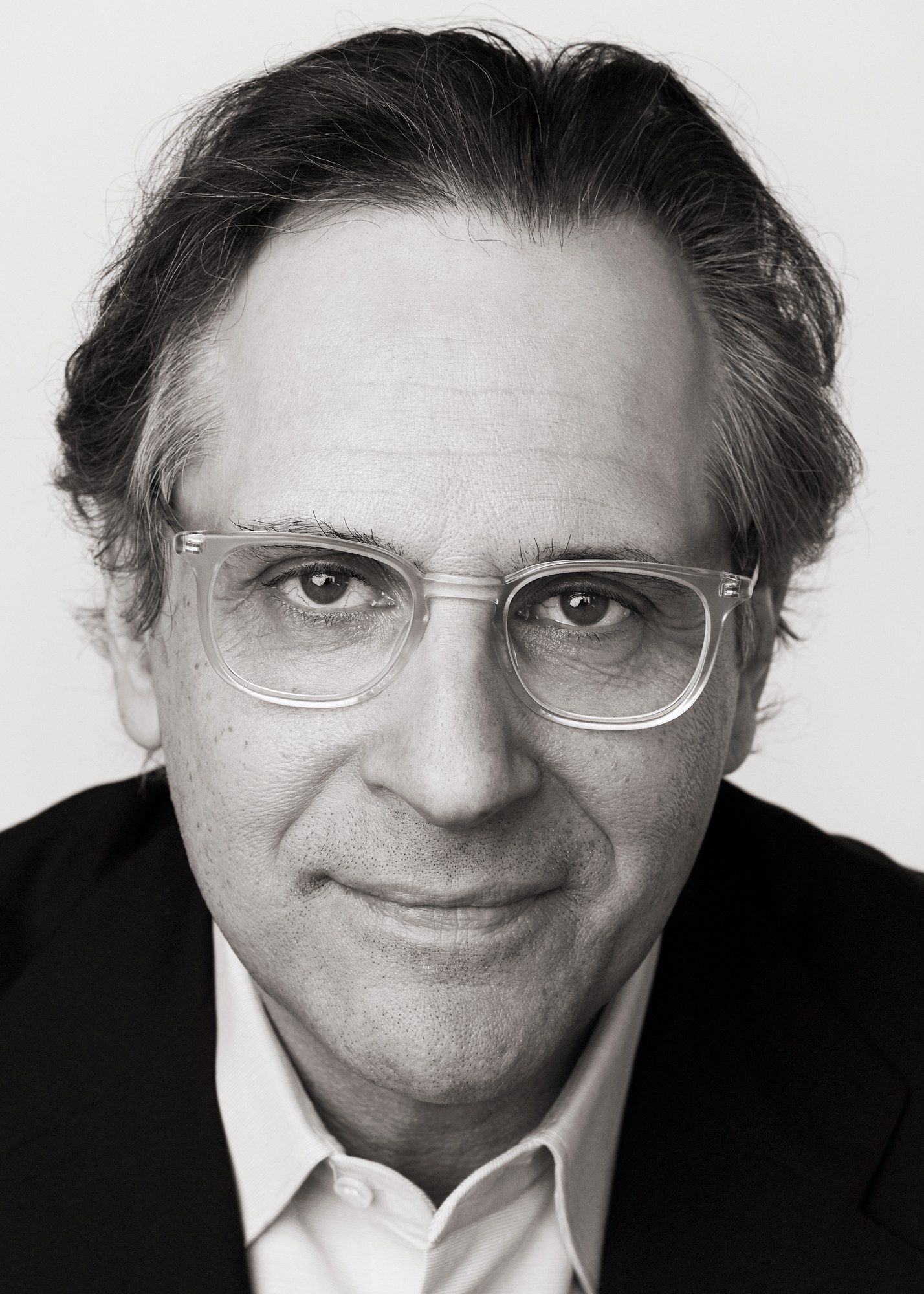 “Everything that these characters are going through, these are all the things that everybody is dealing with, especially at that age,” says showrunner Jason Katims. Photo courtesy of Amazon Prime Video.

‘As We See It’: How people on autism spectrum navigate dating and growing up

Polls show Californians want officials to take faster action to get people off the streets and provide them with the help they need. Those feelings are similar across age,...

UC Berkeley might have to cut the size of its incoming freshman class, as a judge has sided with a neighborhood group accusing the college of exacerbating homelessness.

Since January, Magellan Health has been responsible for getting drugs to Medi-Cal enrollees. But the company is short-staffed, patient data is missing, and some claims were...

Amazon’s new series, “As We See It,” follows three roommates who are on the autism spectrum, played by actors who experience it in real life.