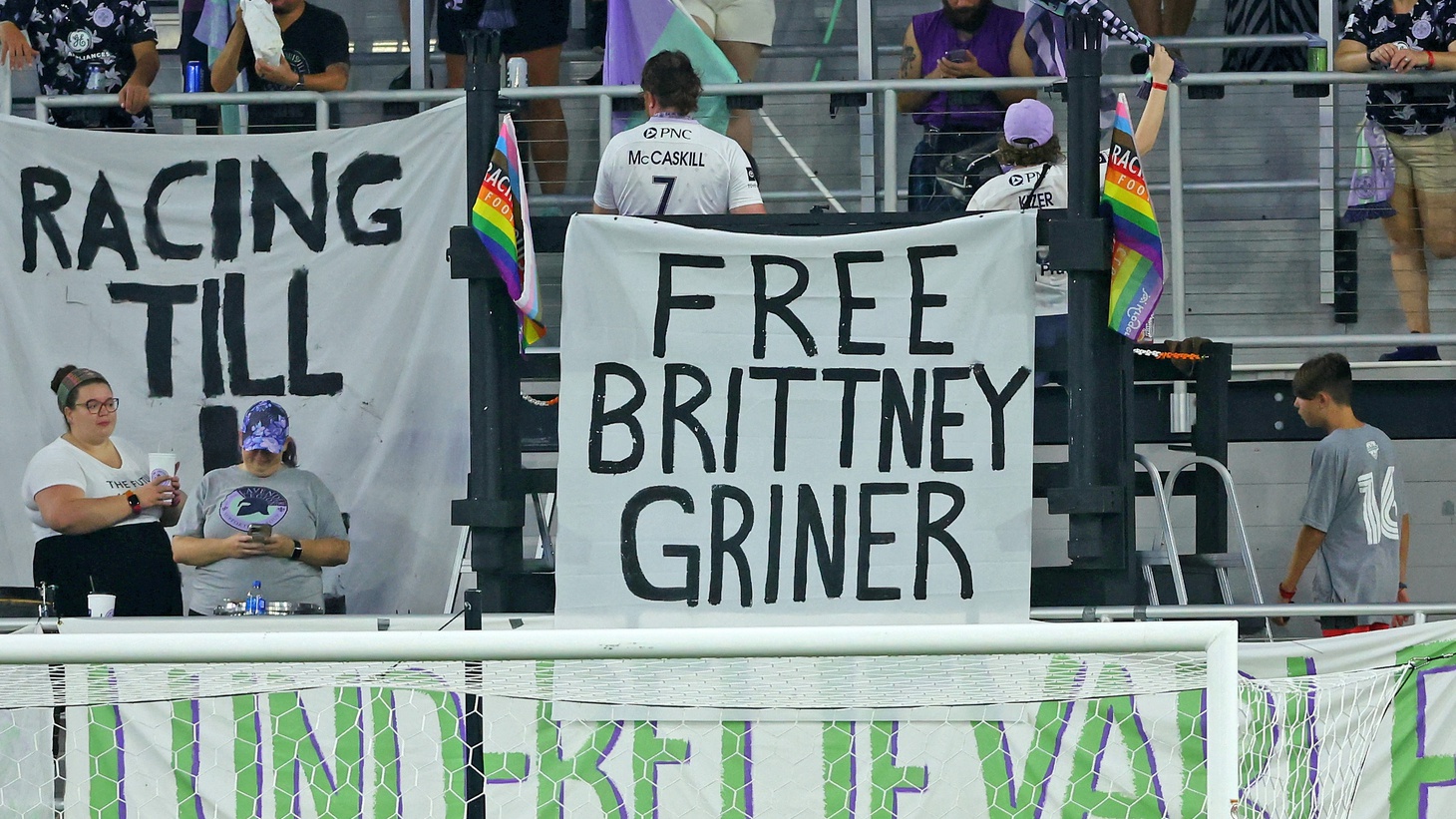 A sign supporting Brittney Griner (not pictured), who has been sentenced to nine and a half years in prison in Russia, is displayed during the first half of the game between the Washington Spirit and Racing Louisville FC at Lynn Family Stadium, Louisville, Kentucky, Aug. 5, 2022. Credit: EM Dash-USA TODAY Sports via Reuters.

Former WNBA star Brittney Griner has been sentenced to nine and a half years in prison for drug smuggling. She brought a small amount of cannabis oil into the country. From behind bars, she told reporters that she pleaded guilty to the charges, had no intention to break any Russian laws, and apologized for her actions.

“In Russia in general, any sort of marijuana for recreational or medical purposes is illegal and banned. … And there's a very low acquittal rate in Russia. So overall, it is a pretty strict sentence, but it's not uncommon in Russia,” says Mary Ilyushina, Russia reporter for The Washington Post.

Griner could serve her sentence in a Russian penal colony. Ilyushina says that’s a place where inmates do some kind of work, such as sewing, or making shoes or buttons. She notes that it’s not a high-security prison.

“It is obviously scary, especially for an American citizen who doesn't even speak the language to end up in a Russian colony. But … there's going to be some sort of possibility of communicating with her.”

Ilyushina says prisoners in the colony wake up at 5-6 a.m., eat breakfast, and get ready for a work day that spans usually 8-10 hours. In some cases, because there’s little supervision, work could last 16-18 hours a day.

“The Russian side … they have given a green light to the Foreign Ministry to engage with the State Department on this. Whether they will actually agree on a one-for-two swap is hard to say for now.”

Ilyushina further explains, “The United States spent a really long time and a lot of resources to try and capture this person because he's so notorious for selling arms all over the world, sometimes arming two sides of the same conflict. And eventually he was captured in Thailand, and was accused of conspiring to kill U.S. citizens and brought to the United States. So for the United States to give him up, it would be a pretty big deal.”