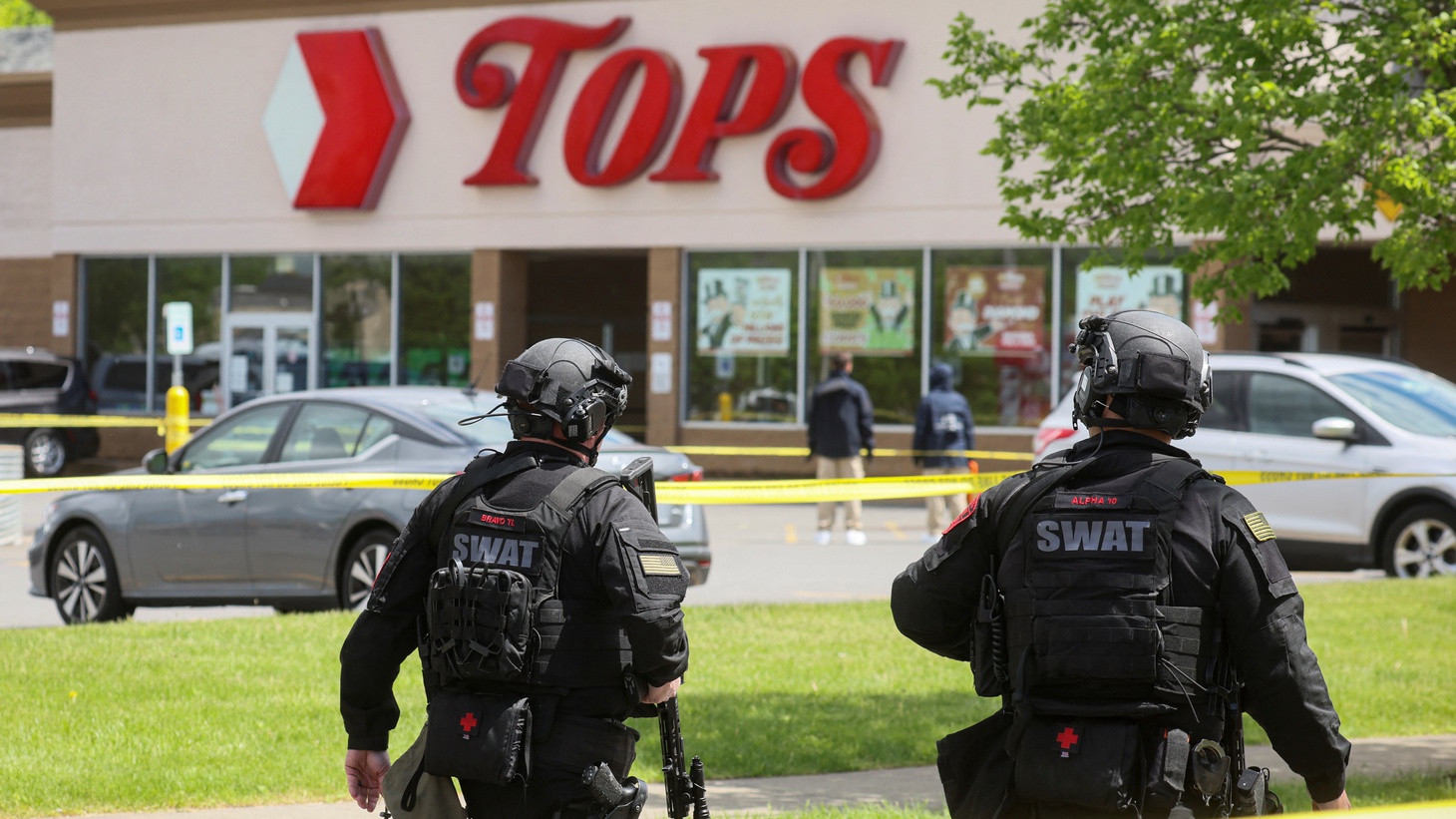 Members of the Buffalo police department work at the scene of a shooting at a Tops supermarket in Buffalo, New York, U.S. May 17, 2022. Photo by REUTERS/Brendan McDermid.

President Joe Biden denounced white supremacy today in a press conference in Buffalo, NY. He met with survivors and family members of Saturday’s shooting at a supermarket in a predominantly Black neighborhood that killed 10 people. He did not mince words when describing the racist attack: “What happened here is simple and straightforward — terrorism. Domestic terrorism.”