It was a headline that sounded too good to be true. "The Surprisingly Simple Way Utah Solved Chronic Homelessness and Saved Millions." That story ran April 17 in the Washington Post -- and Utah officials say it's for real. The state claims it has cut chronic homelessness by 70% in the past ten years thanks to a counter-intuitive program. Housing First takes the chronically homeless and the hardest cases -- whether they're substance abusers, repeat offenders, the mentally ill, those usually considered least deserving of housing -- and put them in a home with social services and boom. Advocates say not only does it work, it saves money. Critics say it's a PR handout that neglects the most deserving people on the streets. 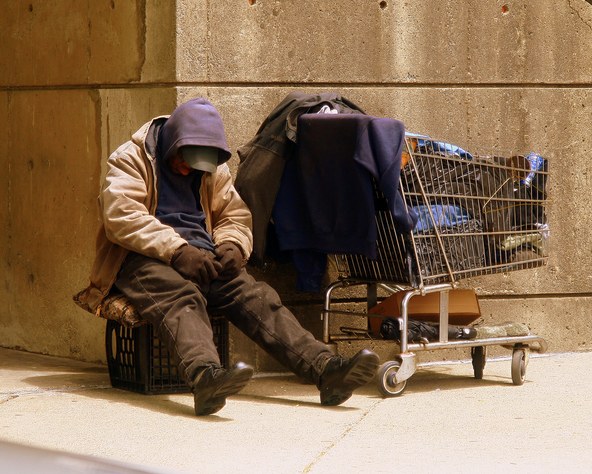 There was cheering on the streets of Baltimore today after Maryland State Attorney Marilyn Mosby announced she's charging six police officers in the case of Freddie Gray,...

It was a headline that sounded too good to be true. "The Surprisingly Simple Way Utah Solved Chronic Homelessness and Saved Millions." That story ran April 17 in the...

END_OF_DOCUMENT_TOKEN_TO_BE_REPLACED
KCRW’s Season of Giving Back – donate for essential journalism, music discovery, and arts and culture for all + be automatically entered to win a Private Screening of Guillermo Del Toro’s latest film for up to 40 friends + concessions!
GIVE NOW
Give Now