At this week's Senate confirmation hearings, Donald Trump's choice for Secretary of State, Rex Tillerson, had harsh words for China's island-building in the South China Sea. China's state-run media have called that a threat that might require retaliation. Chinese officials have responded differently. 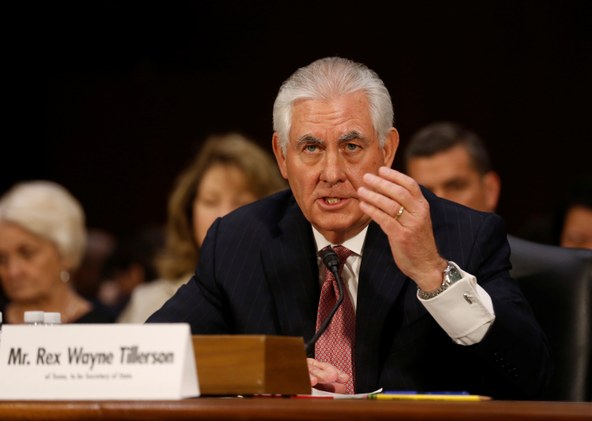 At this week's Senate confirmation hearings , Donald Trump's choice for Secretary of State, Rex Tillerson, had harsh words for China's island-building in the South China...

Is Donald Trump thumbing his nose at the Founding Fathers?

The Constitution prohibits public officials — including the President — from financial conflicts of interest — domestic or foreign. Recent Chief Executives have sold off...

In October, just 10 days before the election, FBI Director, James Comey sent a letter to select Congressional leaders, announcing that the criminal investigation into...