After Charlottesville, the ACLU takes another look at free speech and violence. 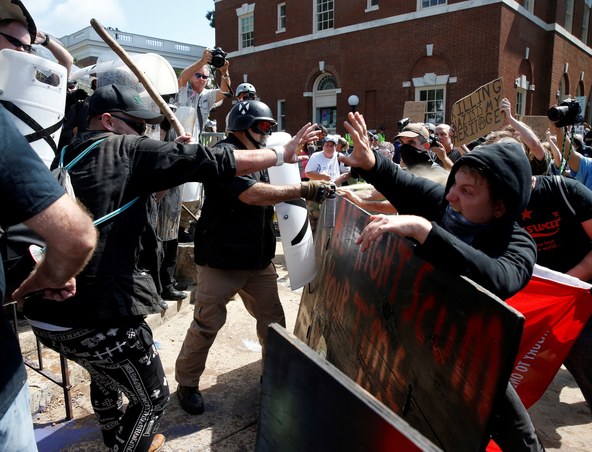 In 1934, Jewish lawyers with the American Civil Liberties Union famously defended the free speech of Nazis in the United States. In 1978, the ACLU supported a Nazi march in Skokie, Illinois, even though it was home to many holocaust survivors. Last week's Unite the Right demonstration in Charlottesville took place after the ACLU defended its right to a permit when authorities tried to deny it. In the aftermath, California affiliates of the ACLU are saying, "White supremacist violence is not free speech." Matt Pearce, who reports for the Los Angeles Times, says the civil rights group will no longer defend white supremacists who come to rallies armed and prepared to incite violence.

Race politics and the NFL's culture of silence

Stephen Bannon is out as White House strategist

It's official. The White House says chief of staff John Kelly and Steve Bannon have agreed, "This will be Steve's last day." Did the President's chief strategist resign or...

Race politics and the NFL's culture of silence

The National Football League is "as American as apple pie, "with deep roots in popular culture. Now the nation's most profitable sports enterprise is caught up in race...

After Charlottesville, the ACLU takes another look at free speech and violence.