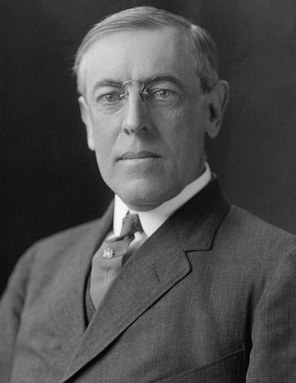 "Segregation is not humiliating, but a benefit, and ought to be so regarded by you." Those are the words of President Woodrow Wilson, now posted by the Black Justice League at Princeton University. Wilson is central to Princeton’s identity, but the League wants it to erase his name from the prestigious Woodrow Wilson School of Public and International Affairs and a residential complex called Wilson College. Geoffrey Stone, professor at the University of Chicago Law School and a former University Provost, says that universities are put in a difficult position.

Reality at the US-Mexico Border

Turkey today shot down a Russian warplane near the Syrian border. Vladimir Putin called it a "stab in the back." Word came as French President Holland was at the White House...

Reality at the Mexican Border

Donald Trump appeals to Republican voters by repeating his promise to build a "big, beautiful" wall on the US-Mexico border. But it turns out that the border already is more...