Thirty-four Air Force second-lieutenants and captains no longer have access to buttons that could launch 150 Minuteman III missiles. An investigation into illicit drug use revealed widespread cheating on a proficiency test.  Mark Thompson is national security correspondent at Time magazine. 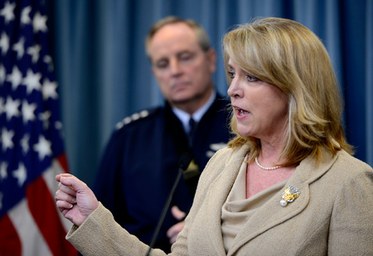 The Mentally Ill and Law Enforcement

Last year in Fullerton, California police officers beat a homeless schizophrenic into a coma. After he died, the district attorney of conservative Orange County prosecuted...

The Sundance Film Festival is under way, the creation of Robert Redford. The New York Times called Redford's role in All Is Lost the "performance of a lifetime."

Thirty-four Air Force second-lieutenants and captains no longer have access to buttons that could launch 150 Minuteman III missiles. An investigation into illicit drug use...