The Dakota Pipeline is almost finished, but Native American protest continues and President Obama may have a new idea. 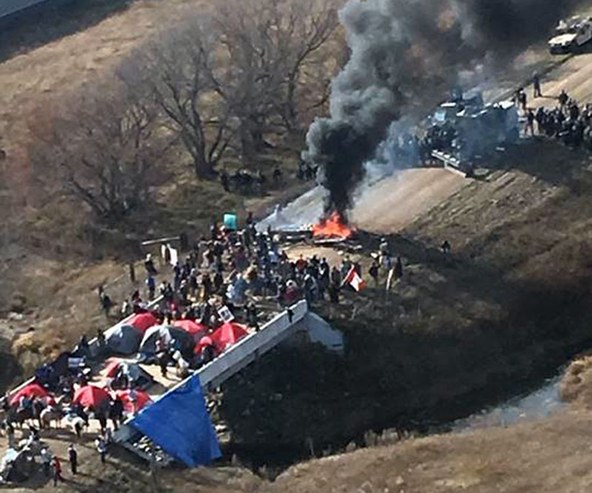 Protestors against the Dakota Access Pipeline stand-off with police in this aerial photo
of Highway 1806 and County Road 134 near the town of Cannon Ball, North Dakota.
Morton County Sheriff's Office/Handout via Reuters

In Cannon Ball, North Dakota last week, police in riot gear traveled in armored personnel carriers to confront protesters on foot and on horseback. It was the lasts confrontation in seven months of protest against the Dakota Access Pipeline. One reporter feared that somebody might get killed. She's Lynda Mapes with the Seattle Times.

Today, for the first time, President Obama spoke publicly about the FBI Director James Comey's latest comments on Hillary Clinton's email troubles. "There is a norm that...

Ballot box battles as the race comes down to the wire

In many states, Republican claims of widespread "voter fraud" have led to photo ID laws and other restrictions that Democrats call "voter suppression." Donald Trump, who's...

The Dakota Pipeline is almost finished, but Native American protest continues and President Obama may have a new idea.