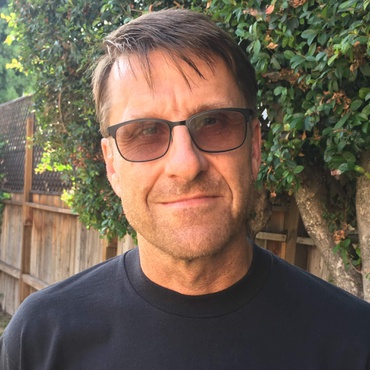 Bob Carlson is the Co-Producer of "Bent By Nature." He is also the producer, host and sound designer of UnFictional, an award-winning radio program and podcast featuring first-person storytelling and highly produced personal documentaries. Before that, he spent over 20 years as the production director and a producer at KCRW: mixing live music performances, recording interviews, DJing, and making radio dramas. In his early days at KCRW, Bob worked with legendary radio producer Joe Frank, and he was the main mix engineer for Deirdre O’Donoghue’s "SNAP!" live performances beginning in 1988. MBE Oct. 18: British-Bangladeshi-Irish powerhouse Joy Crookes gets under your ‘Skin’

It's a new week and we've got new music, like the debut album from British-Bangladeshi-Irish singer Joy Crookes. Ridley-Thomas is currently refusing to resign despite the federal indictment against him. And he’s unlikely to step down, according to former U.S. Oct. 15 from FREAKS ONLY An elementary school in L.A. Brooklyn indie pop duo Daisy the Great team up with alt-rock trio AJR for a hooky track about an object of our affection, “Record Player,” which you may be familiar with from TikTok.