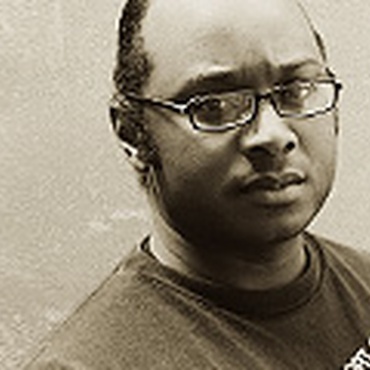 For as long as he can remember, Michael Barnes has been obsessed with music.  As early as the 8th grade he began making pause tapes culled from local radio stations in Atlanta, Georgia and filled with 60's classic soul and psychedelic rock, late 80s hip hop and underground/avant-garde music from the legendary college stations WREK and WRAS.

After high school, Barnes attended Georgia State University, primarily to be on their all student radio station, 100,000-watt giant WRAS, Album 88.  At 18, he was the youngest DJ at the station, but made up for his youth in his knowledge of a variety of music genres. Michael would work on five different specialty shows during his time at WRAS, covering blues, soul, jazz and punk music, and would be a frequent guest on the hip hop and ska music shows.  From July 1996 to July 1997 he served as a co-music director at WRAS, and during that time the station was nominated for a Gavin Report award for Best College Radio Station.

After leaving WRAS in 1998, Barnes found himself in Madison, Wisconsin at WORT, 89.9 FM as the station’s volunteer coordinator and host of a weekly jazz show, Stompin’ Grounds.  In 1999, Barnes enrolled in the University of California’s Berkeley Sociology PhD program to pursue his other great passion, education. Not surprisingly, part of the attraction of Berkeley was their pioneering free-form radio station KALX. There, Barnes was finally able to present his purest vision for radio programming, with shows that sometimes included 10 or 12 different genres covering 100 years of recorded music.  Ironically, a dissertation on music, looking at issues of authenticity within hip hop DJ culture, meant a pause to his own radio career.

Now living in the Los Angeles area, he continues his ongoing quest to find the best sounds and bring them out for the world to hear at KCRW. Aug. 5 from FREAKS ONLY Sylvan Esso’s Amelia Meath and Daughter of the Swords’ Alexandra Sauser-Monnig make their debut as The A’s with a beautiful new album titled “Fruit.” Fanatic! I hope you had a great week. I’m in the middle of a lot of things, so this will have to be brief. Sorry!