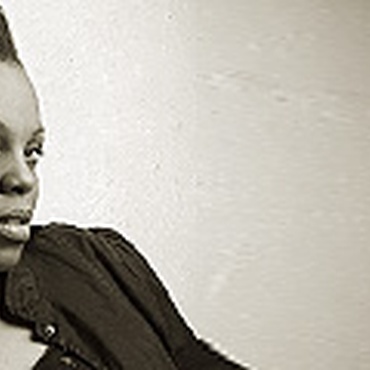 Morgan Rhodes’ cell phone voicemail blares James Brown’s “Papa’s Got a Brand New Bag,” a flying flag of her dedication to funk and soul that is displayed even better in her late night sets on KCRW’s airwaves. Morgan is an “Air Force kid” who spent part of her childhood in the UK and then settled in Los Angeles.  Her parents were both music collectors, exposing her young ears to rare grooves, jazz fusion, and funk. Morgan fell in love with dance music on her own and found a place to listen to it in 1997 when a friend suggested she tune into Jason Bentley’s Metropolis. She became a volunteer on his show, as well as Garth Trinidad’s Chocolate City, initially hoping to hop on the mic to attract commercial voiceover work. But a few radio classes and an internet radio show later and she was hooked.

"Jason and Garth are two beautifully individual variations on one theme:  playing music that feels good.  They've given me a real desire to connect with the audience, instead of just playing what I like, said Rhodes. “My goal for the show is to offer listeners musical respite that's both adventurous and freeing, because that's what KCRW has given me throughout the years.”

Soul music with beats and breaks will be the core of the show. Morgan is also set on providing a feminine perspective, drawing attention to the women who drive dance music.  While not at KCRW, Morgan works at Sony Pictures Home Entertainment as a photo editor/archivist. America's entire Air Combat Command will stand down tomorrow. Investigators want to know why a B-52 was loaded and flown with nuclear missiles for the first time in 40 years. That… 71-year-old soul-funk legend Lee Fields and his fighting-form band The Expressions are here to make you groove and swoon. Panelists discuss Kevin McCarthy’s failed bids to become speaker of the House, President Biden and Mitch McConnell’s joint infrastructure support, and the anniversary of the January 6… On this special edition of the Hollywood Breakdown, we take a look ahead on whether writers will strike and whether there will be a mega-studio deal in 2023.