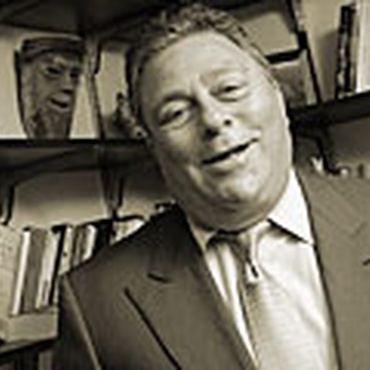 Working for the most renowned Speaker in decades, Blankley became one of the leading spokesmen for the Contract with America. Prior to his career on Capitol Hill, Blankley served President Reagan as a speechwriter and senior policy analyst.

After leaving Gingrich’s office in February 1997, Blankley joined the staff of John F. Kennedy Jr.'s George magazine. As a contributing editor, Blankley’s monthly column "Between the Lines" featured his inside-the-beltway insights. Blankley also appears regularly on CNN’s Late Edition with Wolf Blitzer, as well as CNBC’s Hardball with Chris Matthews, Rivera Live, The News with Brian Williams and MSNBC. In June 1999, Blankley joined The Washington Times as a weekly political columnist. In June 2002, he was named editorial page editor.

The same depth of knowledge and sharp wit that kept reporters turning to him during his time on Capitol Hill have made Blankley one of today’s leading media commentators. His opinions and analysis of political events have been featured on the front pages of The New York Times, USA Today, and other major publications, and he was a syndicated columnist for the Los Angeles Times Syndicate.

Executive vice president of Edelman Public Relations in Washington, DC and a visiting senior fellow in national security communications at the Heritage Foundation, Blankley is also the author of The West's Last Chance: Will We Win the Clash of Civilizations and American Grit: What It Will Take to Survive and Win in the 21st Century, both published by Regnery.

He has quickly become a favorite speaker of corporate and association audiences around the country. He uses his background in both the executive and congressional branches to design speeches which provide insight into today’s headlines, and the issues that will fill tomorrow’s.

In addition to being a popular speaker, Blankley is an accomplished debater. Clients have paired him with the likes of Bill Press and Bob Beckel, among other noted Democratic pundits, to create a uniquely informative and provocative program. Whether delivering a keynote or debating, Blankley gives his audience more than just analysis. Focusing on the personalities and stories which make politics interesting, he helps audiences remember the information long after they leave the event. Globalization, advancing technology and the real estate collapse have led to a long-term economic crisis.  Time for a tectonic shift in America? Or just muddle through? European leaders – except Britain -- agree to come together. Conservatives pile on GOP frontrunner Gingrich. Which past president will President Obama be compared to next? Unemployment numbers disappoint. The Fed’s trillions in secret loans. A federal judge scorches the SEC. Europe back from the abyss. Will elections be Egypt's undoing? Democrats got shellacked in this week’s elections. Why?

Josh, Liz and Sean discuss Democrats’ loss in Virginia, their narrow victory in New Jersey, the lessons each side should think over, and “let’s go, Brandon.” Just 28% of voters approve of the job Vice President Kamala Harris is doing, according to a recent poll from USA Today and Suffolk University. John Kiriakou joins Robert Scheer to discuss the plight of the whistleblower, sentenced to 45 months in prison for revealing how often drone strikes kill civilians.

What does it mean for Gov. Newsom to skip climate conference?