Black excellence has long been celebrated in popular culture — sports, music, literature and film. Why the delay in the culinary industry to recognize the contributions of Black cooks and innovators? Marcus Samuelsson shines the spotlight on the achievements and influence of those behind Black food in America. His new book, “The Rise,” describes authorship, memory, and aspiration when discussing the complexity and diversity of Black food and the cooks who make it. 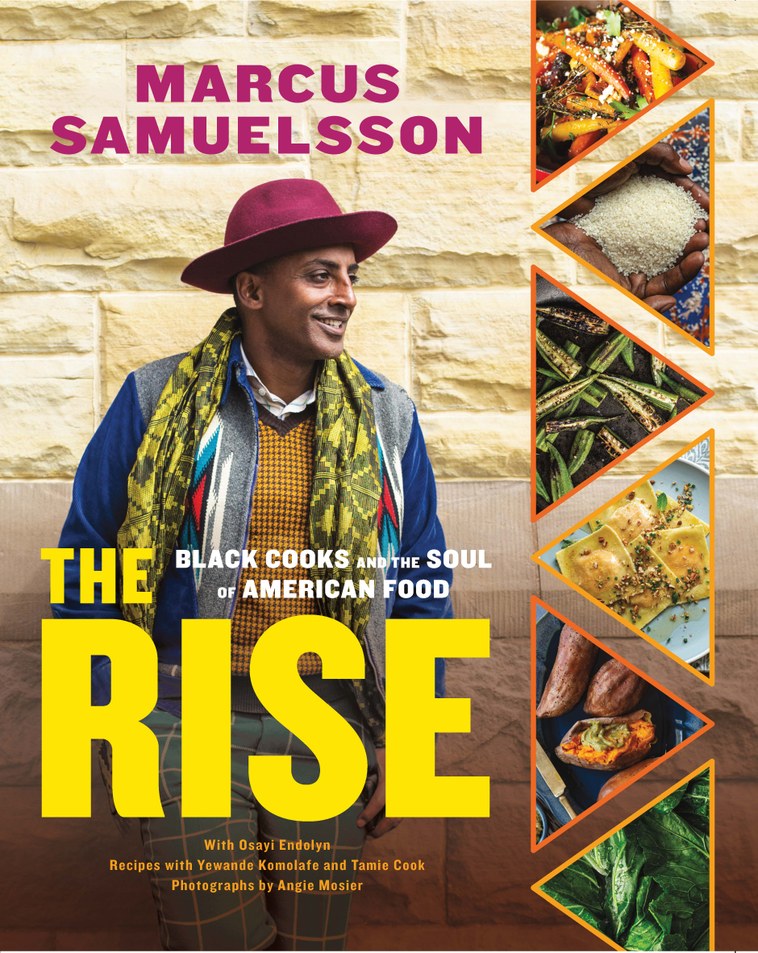 Marcus Samuelsson celebrates the many narratives of the Black food experience in his book “The Rise.” Photo courtesy of Voracious Books.

Celebrating Black excellence with a culinarian historian, chef, and pitmaster

Food historian Jessica B. Harris has cooked with Maya Angelou, Toni Morrison and James Baldwin. While working at Essence magazine, she also had a relationship with Sam...

Black excellence has long been celebrated in popular culture — sports, music, literature and film. Why the delay in the culinary industry to recognize the contributions of...

Mastering barbecue with a doctorate in mechanical engineering

When Dr. Howard Conyers isn’t designing rocket engines for NASA, he is building barbecue pits. Shadowing his father since he was 3 years old, Dr.

Introducing the world to Nigerian food by way of jollof rice

Yemisi Aribisala says she was described as rude when dining out because she ate quietly and didn’t comment on the food and meal. She learned that in other cultures, people...

"This book broadens the African American food story," Toni Tipton-Martin writes in the introduction of her award-winning book, “ Jubilee: Recipes from Two Centuries of...