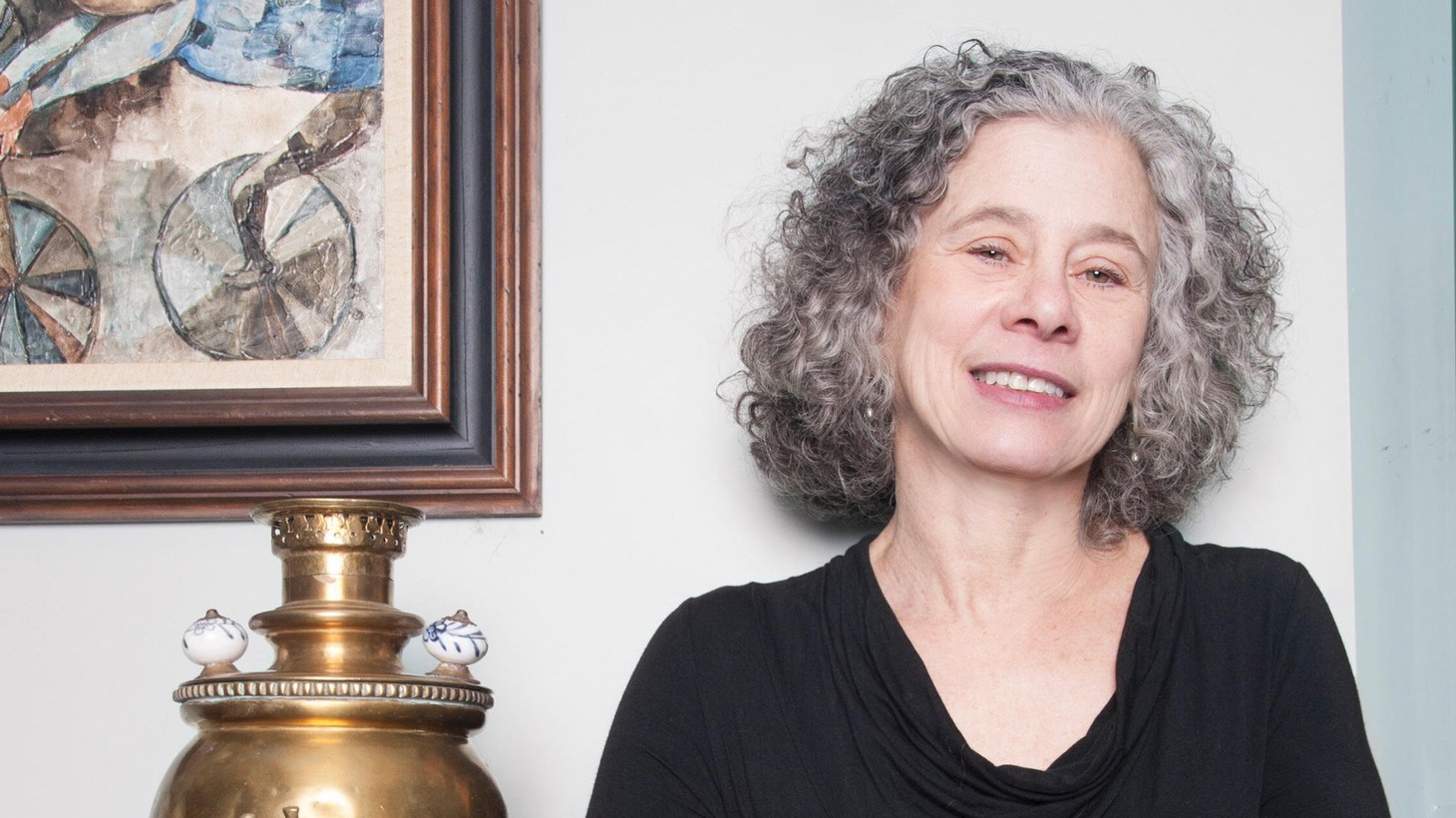 With a fascination for Russian culture, food scholar Darra Goldstein studied the language in college and later returned to the country her grandparents fled. Photo courtesy Darra Goldstein.

Celebrated food scholar Darra Goldstein’s latest book is “The Kingdom of Rye: A Brief History of Russian Food.” Her grandparents fled Russia and refused to discuss it with her. But that only piqued her interest. Her first opportunity to visit came in 1972. Ever since, she's made it her life's work to explore the foods and flavors of a country that is front and center in the news right now.

KCRW: It's been several months since Russia invaded Ukraine. I'm curious about what you are thinking of these days.

Goldstein: I'm in despair. I feel deep anguish. I think what Putin did, and is doing, took even political analysts by surprise. The brutality of the war is beyond horrific. I think about what's happening in Ukraine. But I also think about my friends in Russia. Just before social media was shut down, I got frantic messages from friends. They wanted to make sure that we could remain in touch. One close friend said, “We've been thrown back to the Middle Ages.” Russia has completely isolated itself and its people. There have been tens of thousands of arrests. It's not on the same scale as what's happening in Ukraine, but it's also really, really bad there.

I'm always fascinated by people who come to a love of exploring food deeply through literature, since I feel like that happened to me as well. How did studying the Russian language spark your interest in Russian food?

I struggled with the language. It's complex – the grammar is pretty difficult. When I was first studying it, it was very different from language study now, which is oral proficiency – then we just read texts. But the texts we were given were Chekhov and Gogol – these 19th-century authors who described amazing feasts. And somehow, and I still don't quite understand how it happened, but I would understand just enough to breeze through the descriptions of food, not really understanding every word, but getting this feel for the abundance and for the deliciousness. Then, I would go back and look up the words in the dictionary.

There are two Russian words for food. Can you describe them?

One is yeda, which comes from yeast, which is an interesting word in itself. It's a verb that either means to be, or exist, or it means to eat. And the other word is pishcha. And yeda is just sort of a general word for food – it can also mean a meal. So it's not symbolic of anything else, but if you talk about pishcha, then it can be something metaphorical – it can be something higher like, food for thought, or food of the gods. It's something that is more than just the food stuff on the plate.

There's this thread in Russian food lore of privation and abundance. And the privation part is so linked to the brown bread. You have this amazing excerpt at the beginning of your first chapter from “Anna Karenina” talking about an old man who makes, in essence, a bread parfait.

When we talk about being hungry, or people who are really struggling to get enough to eat, we say hand-to-mouth in English. The Russian phrase is from bread-to-kvass – kvass being the lightly fermented drink that is made from stale black bread. So bread was used and it was never wasted. Even the crumbs returned into deserts. Countess Tolstoy, the long suffering wife Leo Tolstoy, wrote a cookbook and she has a beautiful recipe for an apple pudding made with leftover bread crumbs. 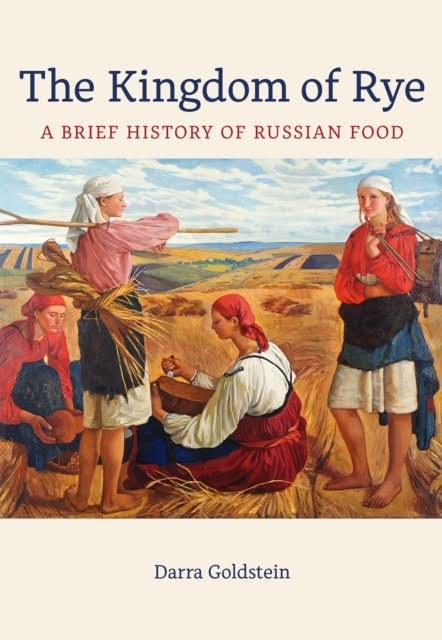 “The Kingdom of Rye: A Brief History of Russian Food” depicts how a nation developed a sophisticated cuisine from the bare essentials. Photo courtesy of University of California Press.

Also embodied in this history of famine and privation is this deep well of culinary ingenuity. You talk about fermentation and culturing in great detail. Is there a particular experience that you remember having during those first years that you were traveling where you ate something fermented or cured, and were just flabbergasted?

I think that what struck me was I had never liked mushrooms. I think it's probably because I grew up in Pittsburgh. Though I'm sure that there were amazing mushrooms to forage in the 1950s, we weren't going out and foraging them. So my parents really liked mushrooms, but they were always those horrible canned ones. They were slimy and disgusting. So I thought I hated mushrooms. And then I went to the Soviet Union, I tasted freshly-gathered mushrooms that were simply sauteed. But more to what you're talking about the fermentation, I tasted them salted. They had been layered with garlic with some dill, some peppercorns, and salt brine. And they were extraordinary. It was really a transformative moment for me.

It's interesting for me as an Ashkenazi Jew – our food is often characterized by being brown and bland. As you talk about the food of Russia in this book, one becomes so aware of the high notes, the sourness, the pungency, the spiciness.

That's what makes it so exciting to me. You have horseradish, you have beets, you have very pungent mustard, you have vinegar, all of these things that even though it's not a spicy cuisine, it's very pungent, and sharp.

It's definitely bifurcated. When I think of the heart of a Russian meal, I think I would go to bread and soup – cabbage soup and buckwheat groats. It would be soup in a big communal pot. The Russian national soup is cabbage soup, preferably made with sauerkraut, the fermented cabbage. If you make it with fresh cabbage then it's called lazy cabbage soup, and it's not nearly as good. But then you have the starch and preferably black bread, or buckwheat groats. But I think the glory of the Russian kitchen is pies. Very rarely would you have soup without some sort of pie on the side. They're open-face pies that are filled with farmer's cheese.

The title of your book is “The Kingdom of Rye.” Explain their reverence of rye.

Rye is so interesting because it actually was a weed that was growing in Southwest Asia. People noticed that it was much heartier. It came to Russia probably in the mid-10th century, and was pretty well established by the 11th century. And because it's much heartier than wheat and can withstand poor soil, and also a much colder climate, it became the grain in Russia.