KCRW and Gustavo Arellano’s second annual Great Tortilla Tournament is now underway, with 32 tortilla makers from across Southern California moving on to the second round this week. One of those advancing is Sonoratown, defending champions of last year’s contest. 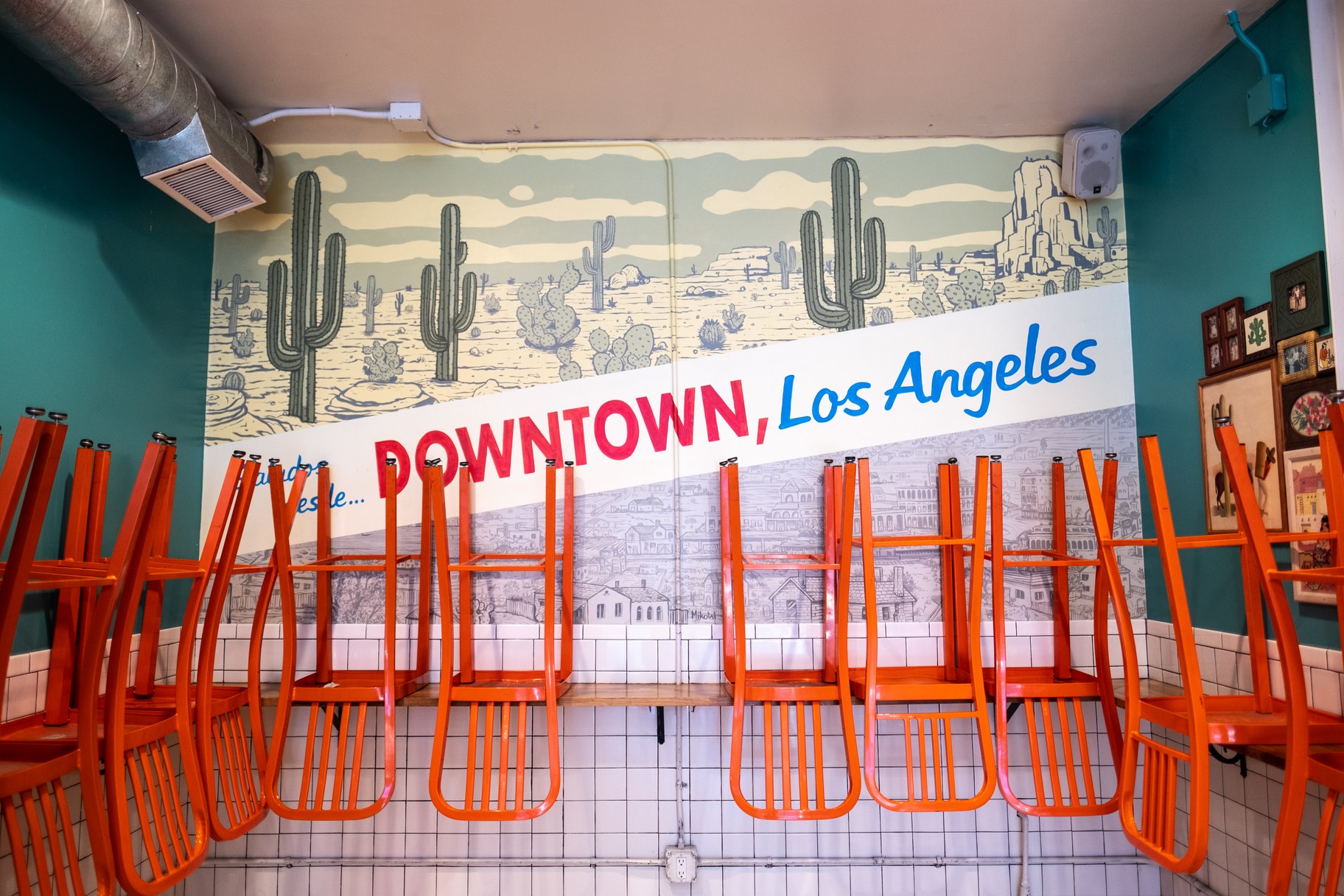 Inside Sonoratown before it opens for the day. Photo by Amy Ta/KCRW

It’s been an unprecedented year for the cozy taqueria in downtown LA’s Fashion District. Not long after winning last year’s tournament, the restaurant’s Sonoran-style flour tortillas were spotlighted in the New York Times. Noma chef René Redzepi paid Sonoratown a visit in order to try them for himself.

More recently, Sonoratown was featured in a Netflix series called “Taco Chronicles.” Immediately after the show released, hour-long lines began to form on the sidewalk outside.

Sonoratown co-owner Jennifer Feltham says, "Everything has been pretty wild over here since then. But we are weathering the storm, and we're stronger than ever." 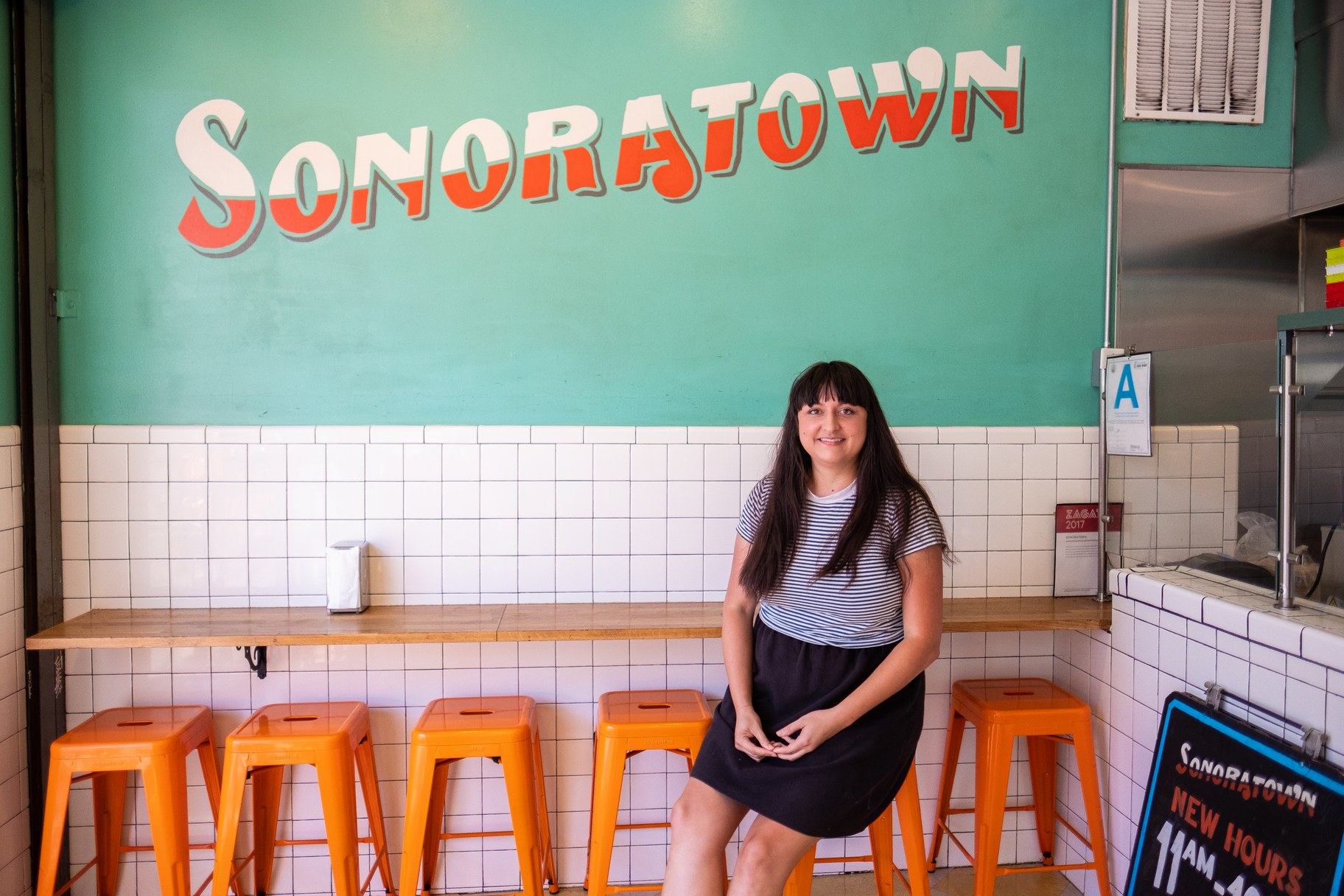 Feltham and her partner Teo Diaz have doubled their restaurant’s space and increased staffing to meet demand. They now use 135 pounds of flour per day to make their tortillas, on which they serve all their tacos and burritos—compared to 25 pounds a day when they opened in 2016.

Feltham says she’s been surprised by the surge of interest in flour tortillas, in part because of the gluten-free craze that was happening when Sonoratown opened. "So we opened up thinking it was probably a bad idea to have that be our foundational part. But just knowing that these things were very special to us, and it was sort of a big experiment to see if it would also be special to other people," she says. 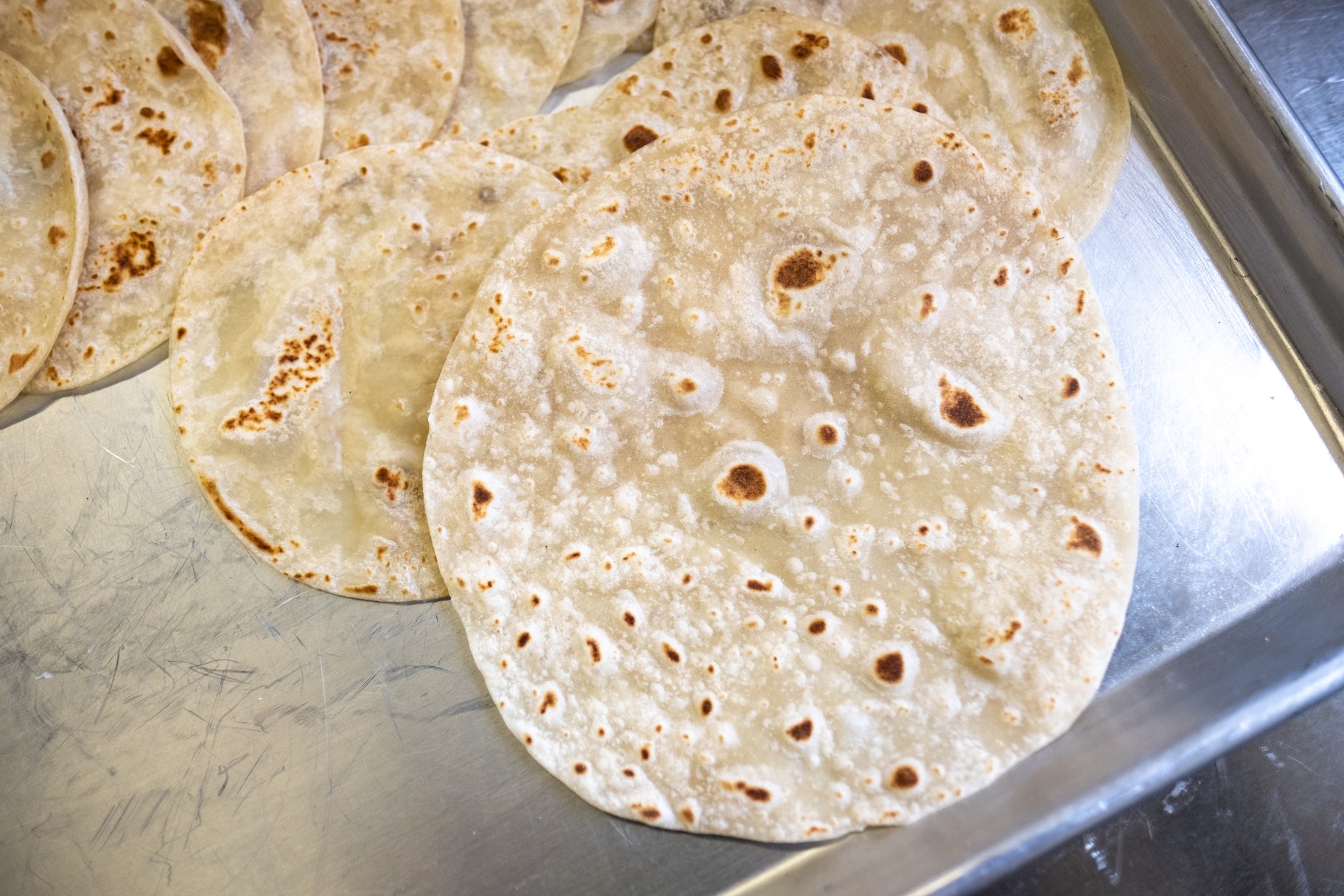 According to Feltham, the flour used at Sonoratown results in a tortilla that’s soft and pliable, able to be rolled thin without losing suppleness.

In the kitchen, two women make all of Sonoratown’s tortillas. Julia Guerrero, affectionately known as Doña Julia, is the chief tortilla maker. Originally from Mexicali, she’s been making flour tortillas all her life. 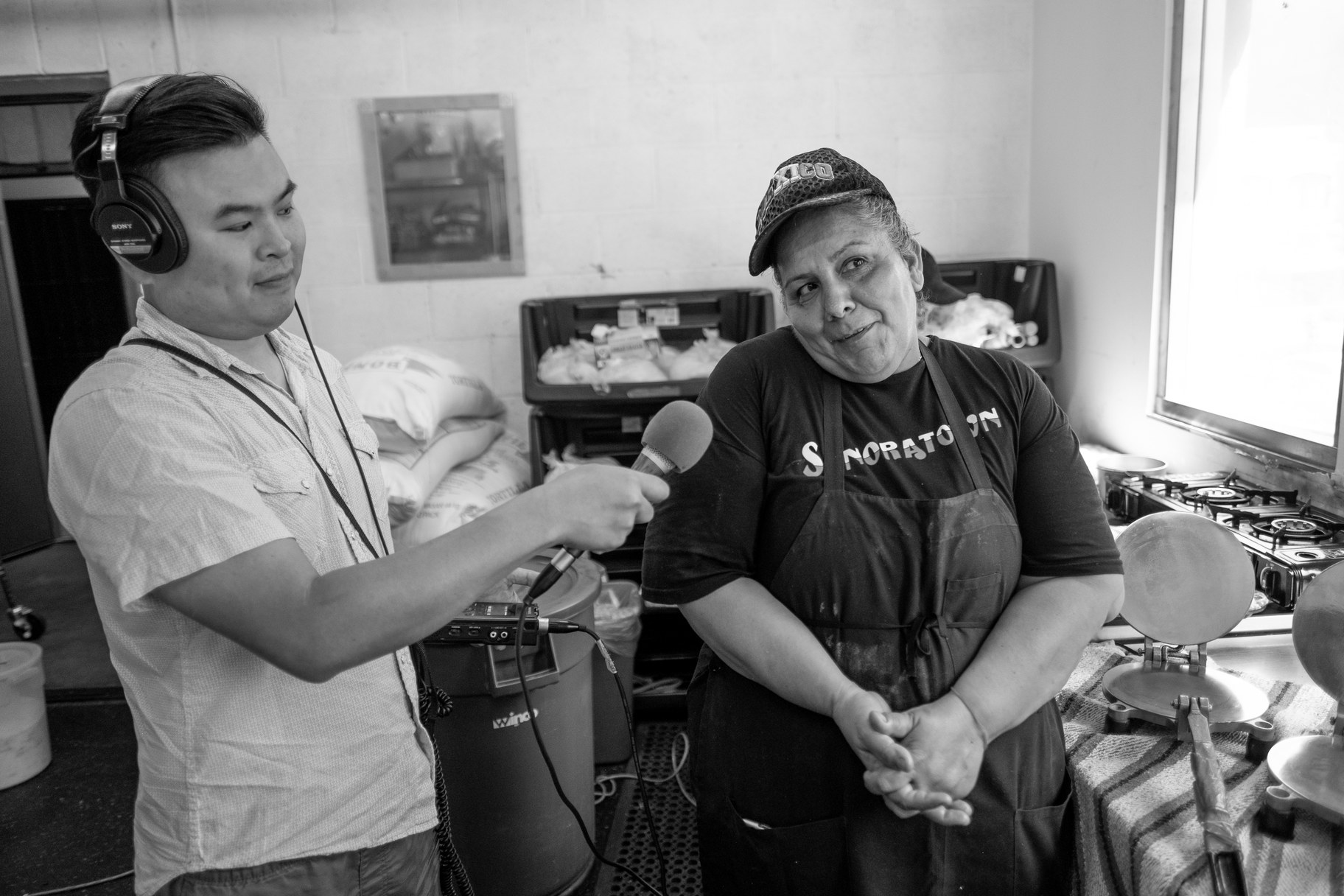 Julia Guerrero in an interview with Good Food. Photo by Amy Ta/KCRW

Guerrero explains that when making tortillas for tacos, she starts with little balls of flour that get flattened by a press before they’re heated on a flat top grill. When it comes to the bigger tortillas for burritos, a rolling pin is required. The tortillas also get a sprinkling of flour to enhance their flexibility. 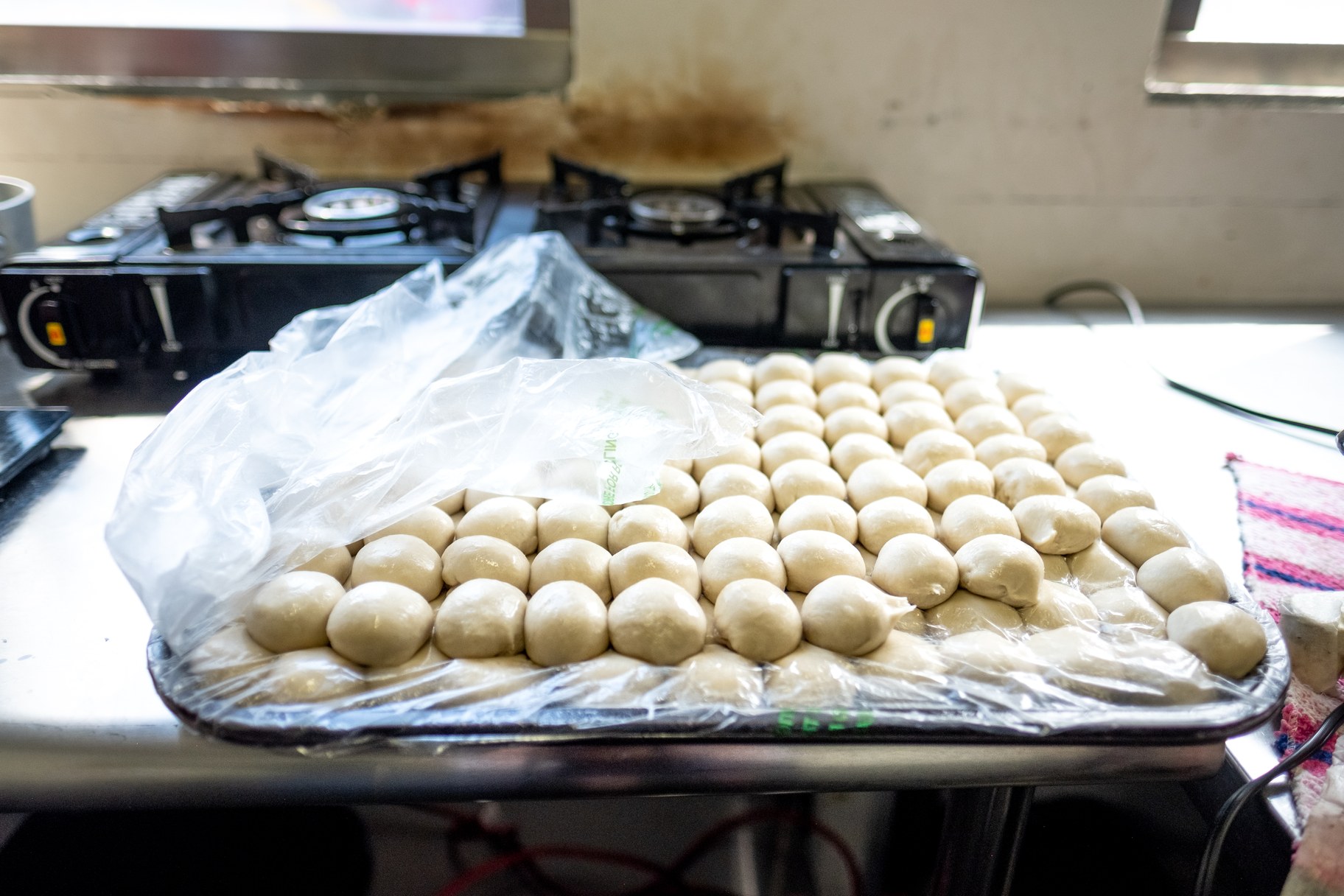 A tray of balls of flour. Photo by Amy Ta/KCRW 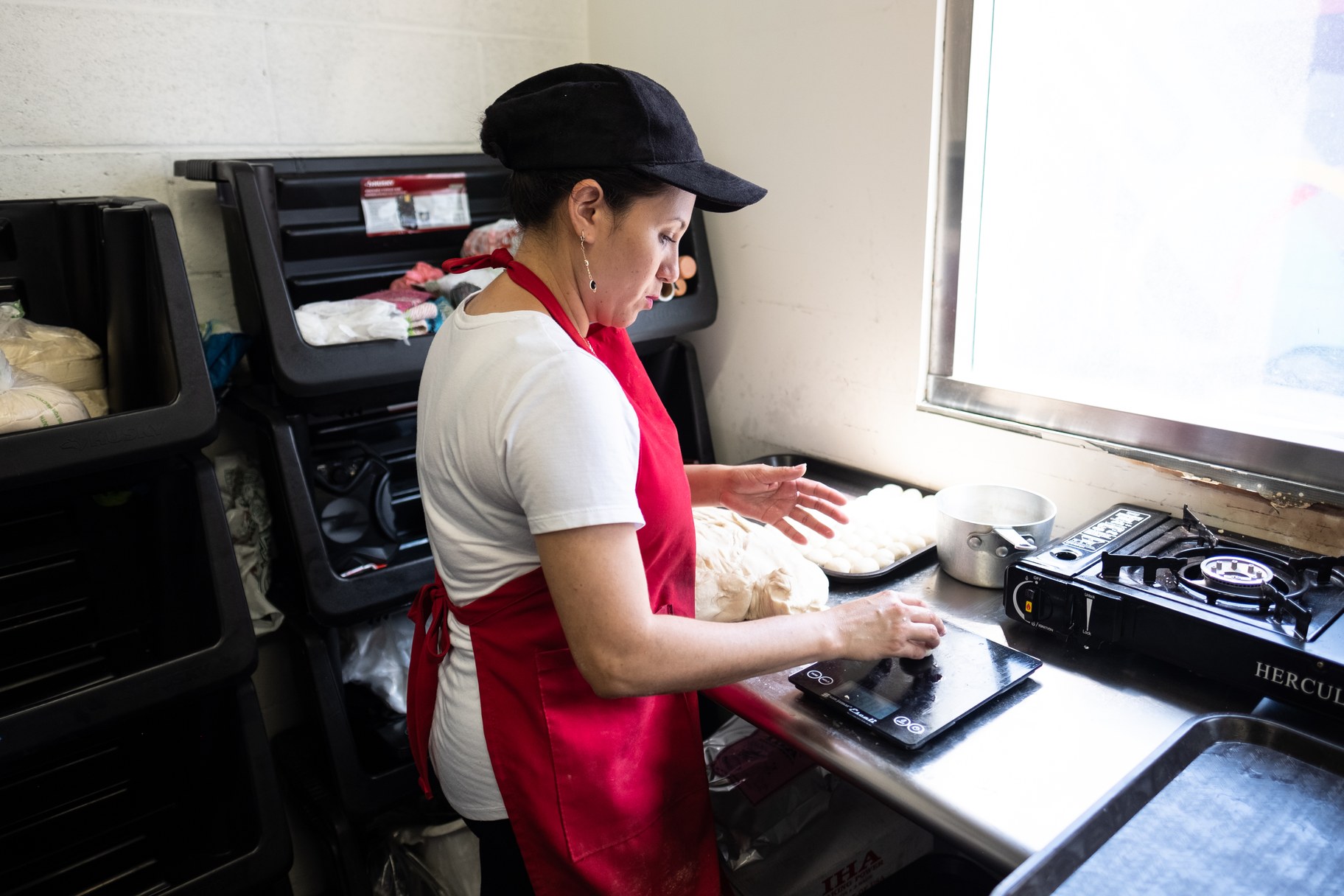 Putting a ball of flour onto a food scale. Photo by Amy Ta/KCRW 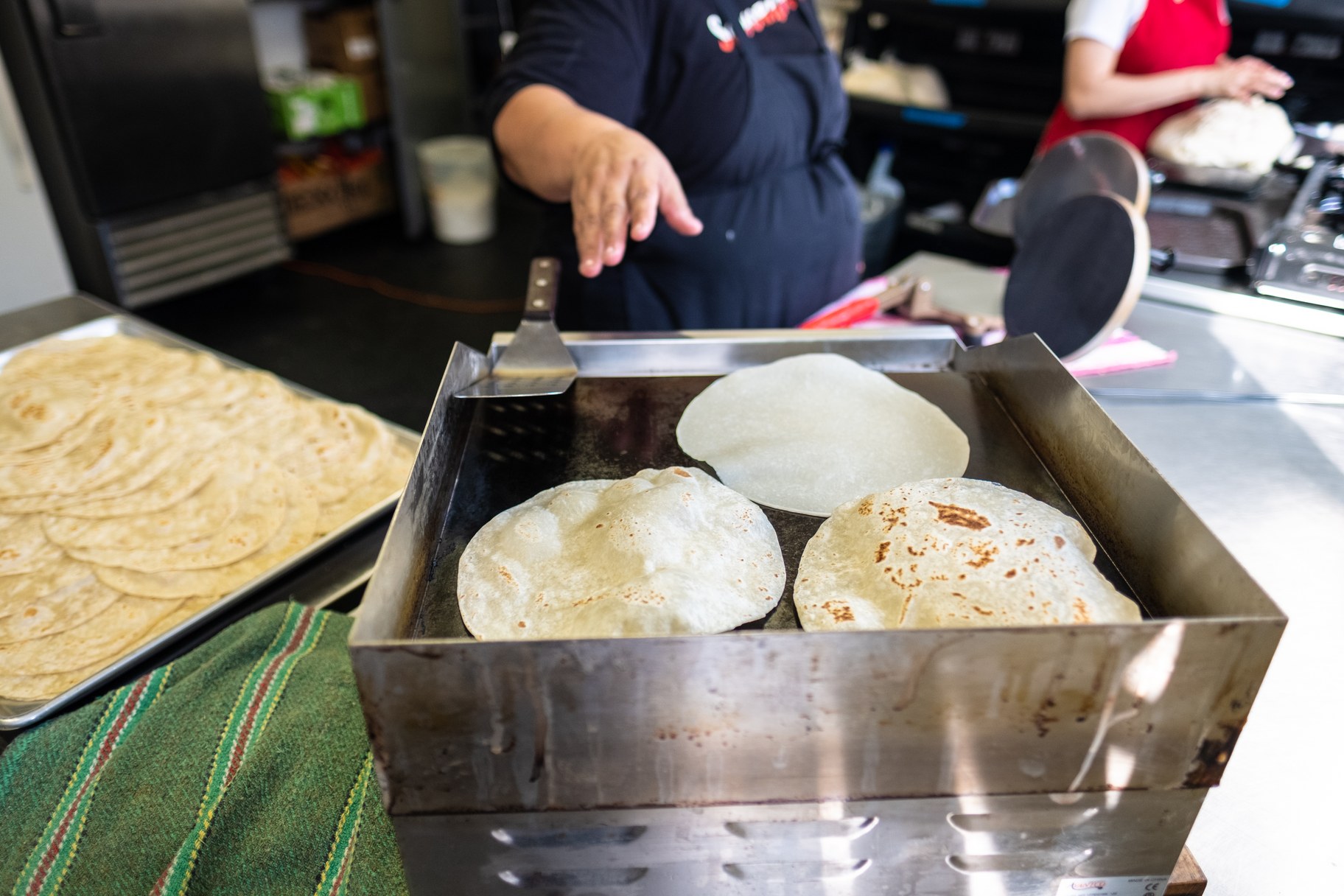 Throwing tortillas onto the heat. Photo by Amy Ta/KCRW 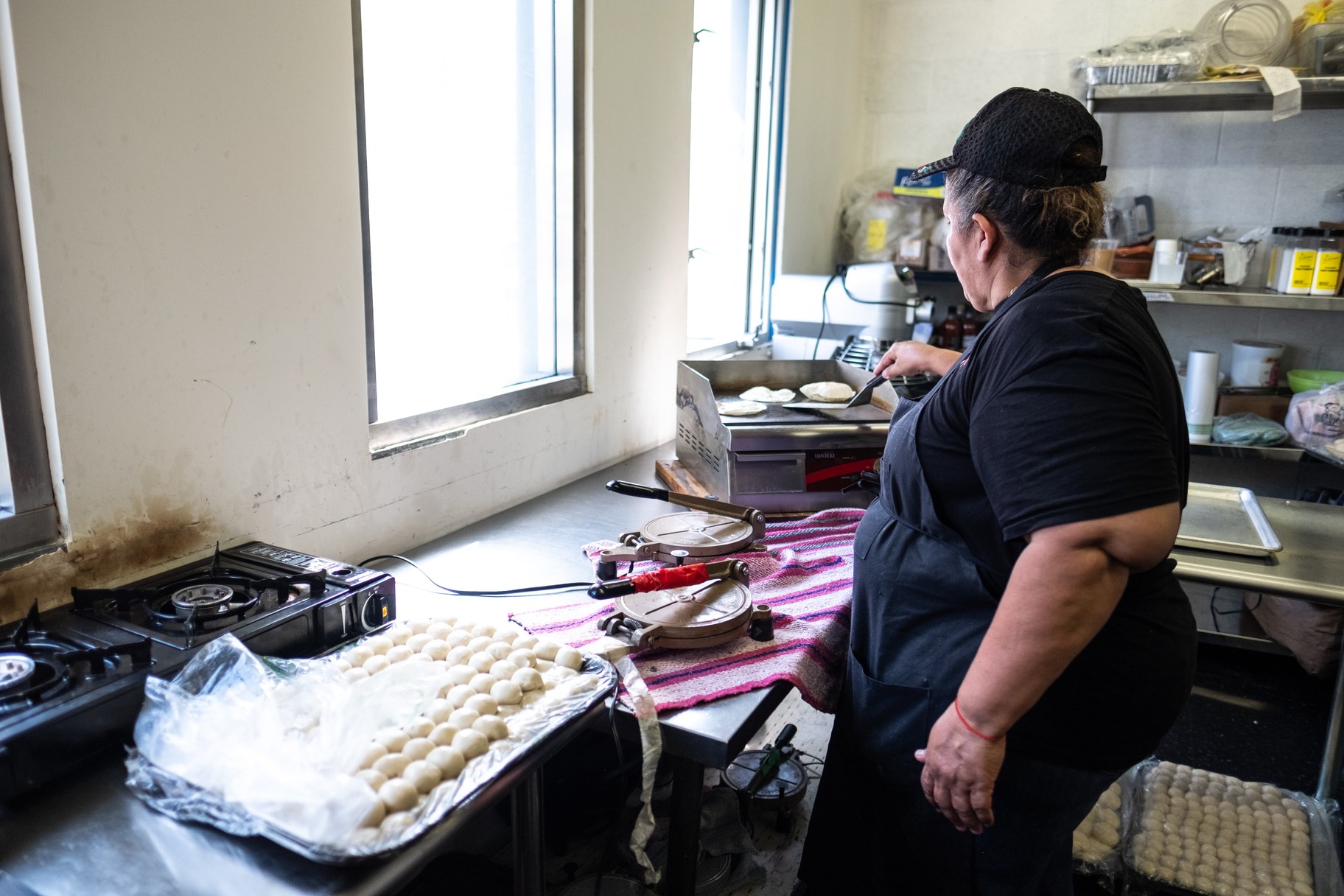 Feltham says some customers insist that tacos made with flour tortillas aren’t authentic. "Then I'll have to tell them, 'Well we don't offer you a choice. So if you'll try it, I'll even give it to you for free. I think you're gonna like it.' And almost always people do," she says.

Ultimately, she wants diners to know that flour tortillas belong to Mexico’s culinary heritage just as much as corn tortillas. "There's a long history in Sonora of making flour tortillas, and people there are very proud of what they do in their culture, and I'm happy to be able to share that with Angelenos." 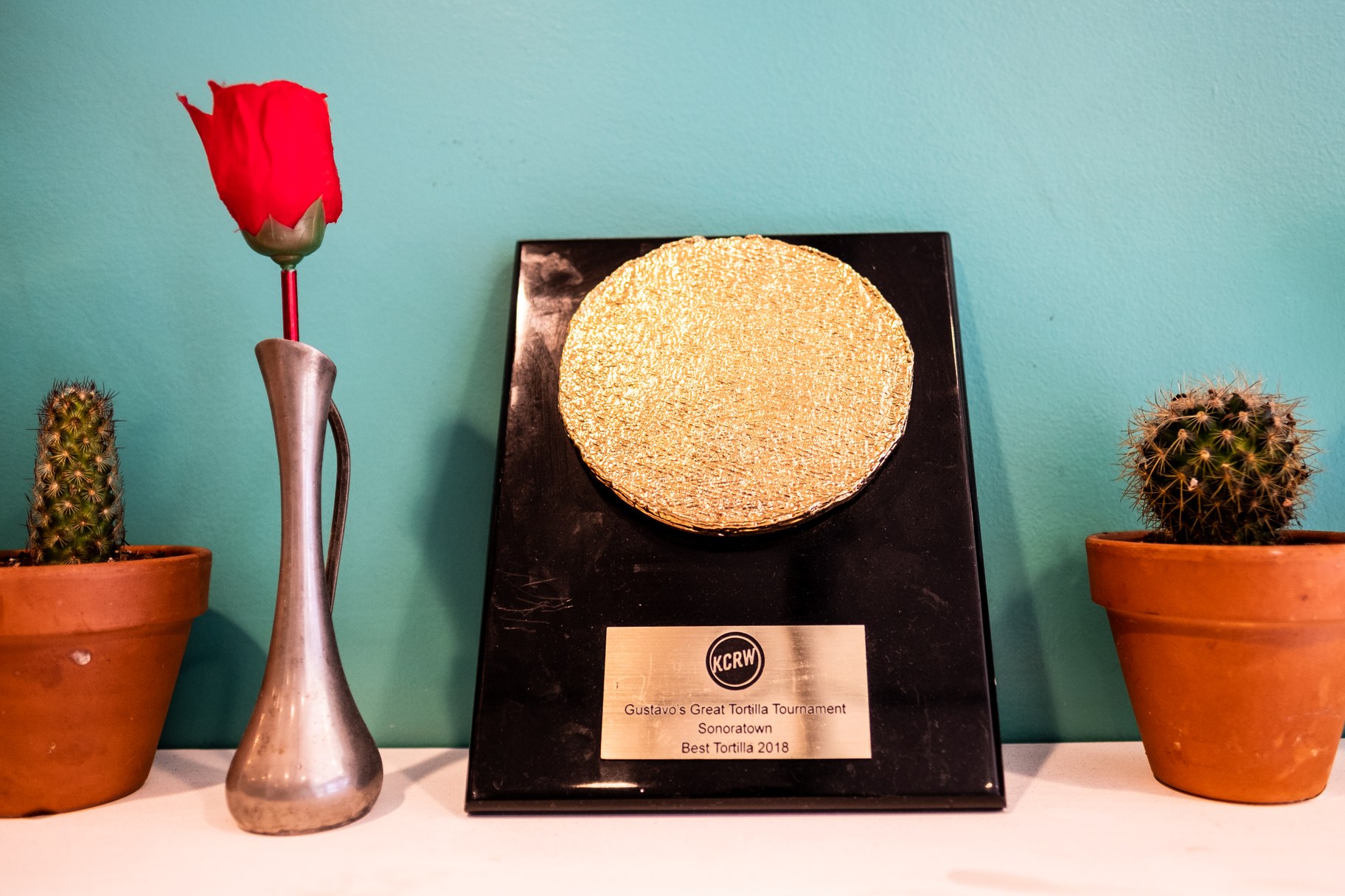 --Written and photographed by Amy Ta, produced by Nick Liao

KCRW and Gustavo Arellano’s second annual Great Tortilla Tournament is now underway, with 32 tortilla makers from across Southern California moving on to the second round...

LA is a city that runs on corn tortillas, and the best of them start with quality masa. In 2014, Good Food’s Evan Kleiman spoke to Eddie de la Torre, owner of Carnitas...

Making Korean meals at home is easier than you think, says Sohui Kim

When you’re introduced to a cuisine by eating in restaurants, often times the process and pantry seem impenetrable. But Brooklyn chef Sohui Kim likens Korean home...

Improving on the classics with Team Tila

These days Los Angeles chef Jet Tila is recognized by millions as a presenter on Iron Chef America. But cooking well, and teaching others how to do it, is still a...

Now in season, Biquinho peppers are coveted by chefs. Here’s why

Over at the Santa Monica Farmers Market, chefs are flocking to Weiser Family Farms for biquinho peppers. These teardrop-shaped peppers have all the fruitiness and...

In 2018, Gustavo Arellano wrote for the New Yorker about Le Mirage Pastry, a Syrian bakery in Anaheim making bouza, a chewy ice cream studded with pistachios. The process...