Lianne La Havas has a certain je ne sais quoi that puts her in select standing among modern-day performing and recording artists. It might be her striking vocals; maybe her sophisticated guitar stylings; possibly her general sound — which melds soul, jazz, rock, R&B, and even hints of bossa nova. And you can’t count out her magnetic personality and commanding stage presence. It’s no wonder she’s a festival mainstay and critical crossover success story.

But, she kept us waiting five years to hear more.

La Havas’ third full-length album is freshly released and notably self-titled. She produced all of the album and turned inward for expression and nuance. “This is my first completely self-produced album with my own band,” says La Havas, “I got my own way with everything — all the decisions that you hear on this album were mine.” The album is a confident, intimate portrait of her time away from the recording studio. During this hiatus, she spent time in Los Angeles, a place where she was able to tap into the region’s creative spirit and robust Black culture. It helped her grow, and embrace honest reflections of herself; it also allowed her to shed a bit of expectation set against her home of London.

During lockdown — back in London — she recorded a special acoustic set of music for KCRW. Highlights include two selections from her new album: “Courage,” which seems to be a personal favorite of hers, and her jaw-dropping cover of Radiohead’s “Weird Fishes” — which in itself, takes an artistic leap of faith to tackle work from such a revered artist and present it as your own.

Lianne also joined us for a Q&A to discuss the new album, her love of Radiohead, and the story of finding her favorite guitar.

Your third album has just arrived, tell us about the decision to have it presented as a self-titled album. We also understand you self-produced this record. How did that change your approach or process?

It was my intention, as soon as I released my second album, to make a self-titled third record. This was simply because I didn't feel I had quite got my point across and wanted to dig deeper to express my feelings and further define my sound. Self-producing this album made a lot of sense to me because, for the first time, I was truly able to have things sound the way I wanted them to sound and make the whole record on my own terms.

A striking moment on the album — and your KCRW session — is a cover of Radiohead’s “Weird Fishes”... can you share why this particular song of theirs resonates with you?

Thank you! I love this song and I love this album ["In Rainbows”] very much. I've loved it ever since it came out and for many years I have played this tune as a live cover. I wanted a chance to record a studio version and the time finally came in the summer of 2019. My band sounds awesome and they helped me to make a version that really represented my sound while also being very respectful of the song. The lyrics also resonated with me because of things going on in my personal life. 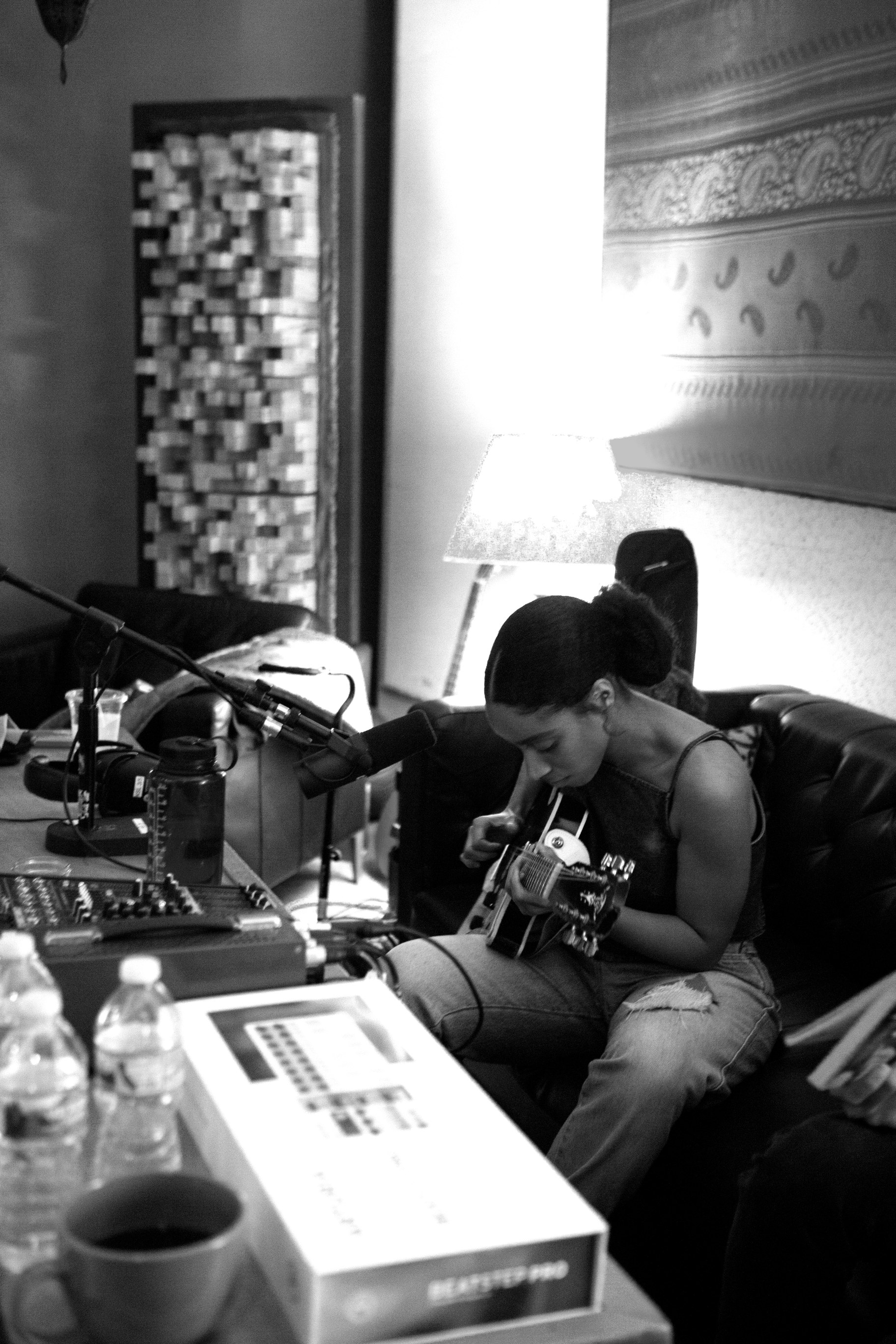 In summer 2011, I found my favourite guitar in a small shop in the lower east side of NYC called Rivington Guitars. I had saved some money specifically to buy a proper new “professional” guitar for myself as I had been playing other peoples' guitars and hand-me-downs and none of them felt good. I was initially attracted to all the brand new shiny large hollow body Gretches and Epiphones that had all the wow factor when you look at them, but were super intimidating to play and had way too many knobs and buttons so I didn't really know what I was doing when I got hold of one.

Then, the shopkeeper brought out a small, modest looking black and white guitar. It was a three-quarter size with only two knobs for volume and tone, and a small black switch that didn't seem to do anything when you flick it — it still doesn't do anything! We plugged it in and it was love at first sight.

The tone was simple and pure and the feel of the strings was strangely familiar as if I had been playing this one guitar my whole life. After an hour of playing it had flown by, I decided to buy it. I named it "Connie" after my late grandmother and the rest is history.

For your reference... The make of this guitar is a Harmony Alden Stratotone guitar but it was presented to me as a Danelectro Silvertone.

I later found out the real make of it as it's hard to tell just by looking. It has no branding except a small stencilled "A" on the headstock.

When we get back to live performance — do you have a venue or city you’re most looking forward to playing?

At this point ANYWHERE will do. I am desperate to play in a room with an audience and a warm sweaty atmosphere just like old times, but also, my absolute dream would be to play at The Hollywood Bowl! It's always been my dream venue since I saw the film "Mars Attacks" as a child and hoped that one day I could perform there because it's just so iconic and beautiful. 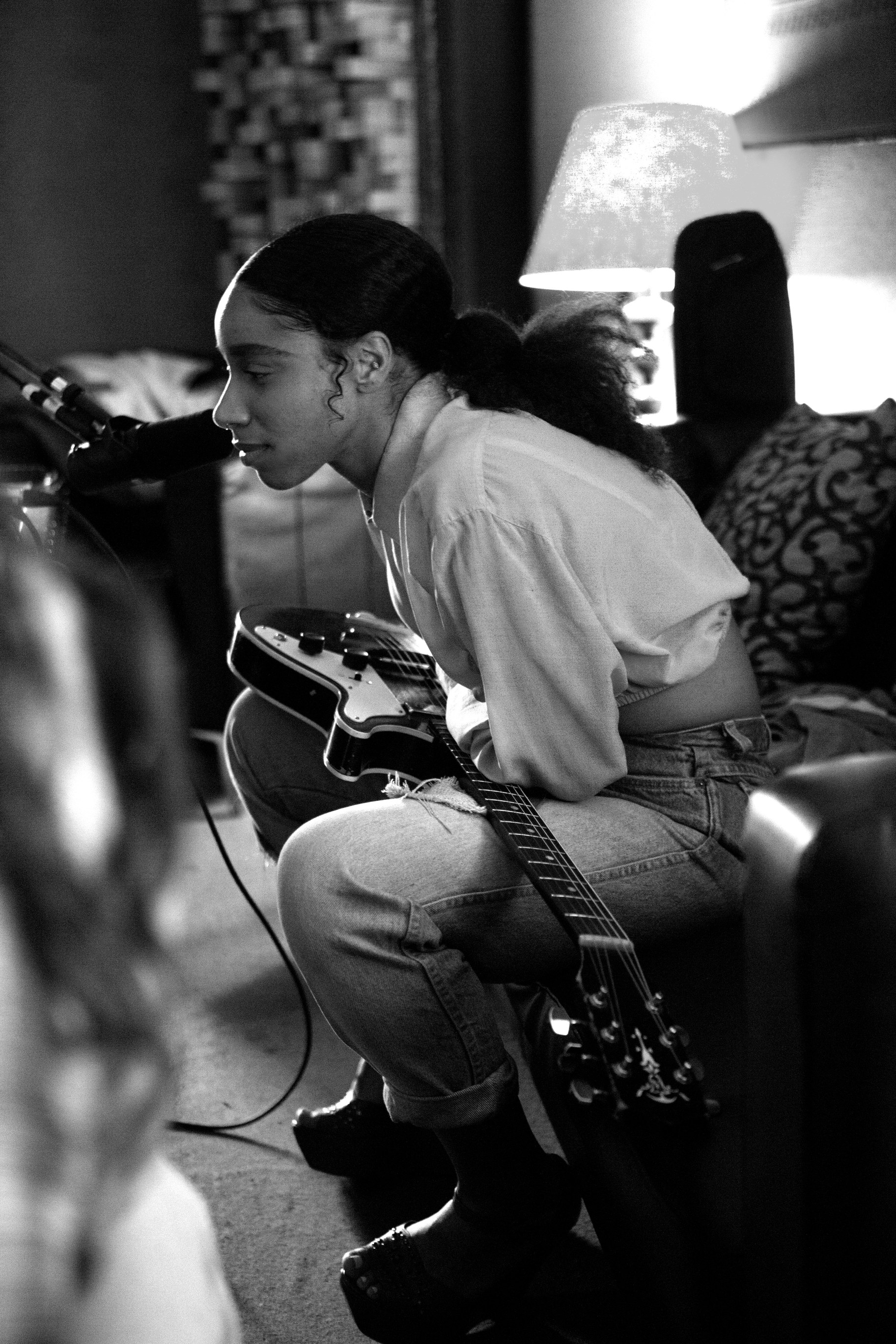