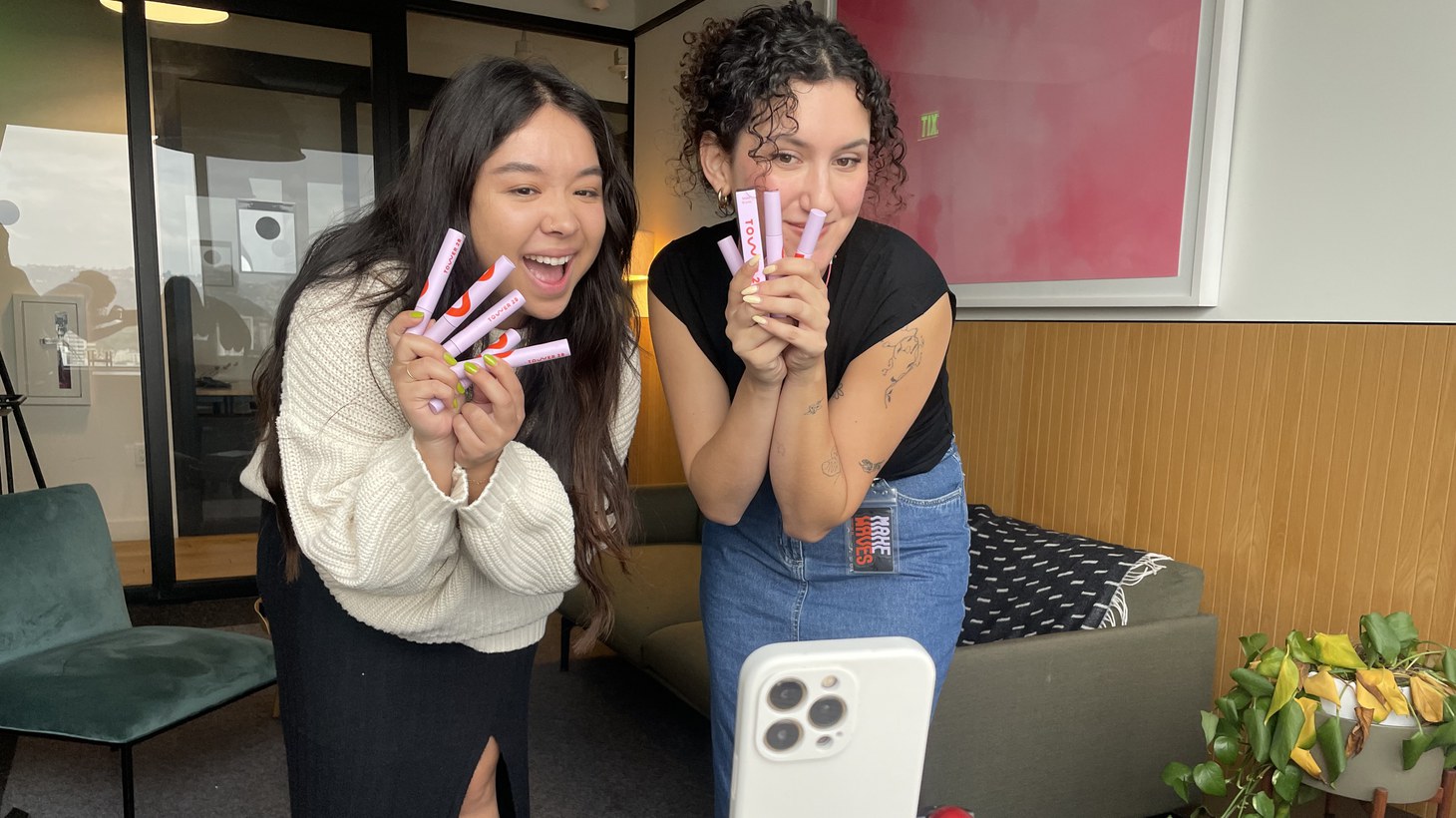 Julissa Prado appears before the camera with her signature brown curls freshly washed and ready for styling. As the CEO and founder of LA-based Rizos Curls, she often employs TikTok videos to share how she uses her brand's products. It’s also one of the primary ways she finds customers for her brand.

A year ago, she was just a casual TikTok user, putting most of her advertising energy into Instagram. That’s where most of her brand’s business came from — but now two-thirds of her customers come from TikTok. “That's not even the platform where we have the highest number of followers on, but it's really driving a lot of customers,” says Prado.

TikTok was the most downloaded app in 2022. Once known primarily for its 15-second viral dance videos, it’s become a powerful search engine and a major vehicle for shopping. According to the consulting firm Deloitte, 60% of Gen Z and more than half of all millennials will do at least some holiday shopping on social media. And even Gen X and boomers are warming up to the trend.

Social media has long leveled the playing field for small brands to gain a following. When Prado launched Rizos Curls in LA in 2017, she started self-funded. She relied heavily on social media because it was free, and it allowed her startup to compete with big beauty conglomerates. “Whoever was the most creative was able to shine instead of whoever had the largest marketing dollars,” says Prado.

Smaller brands like Rizos Curls are doing especially well on TikTok in part because authenticity is highly valued by the platform’s users, says Rachel Karten, an independent social media consultant who runs the industry insider blog Link in Bio. Small companies that rely on their personality and post lo-fi videos do well, says Karten, which is “leveling the playing field of who gets to be an entrepreneur, and what types of resources you need to compete.”

When Amy Liu started her clean makeup brand Tower 28 in Santa Monica in 2019, she went straight to TikTok and hired a team of digital natives to market their products on the app.

Graphic designer and TikTok manager Boyce says brands promoted on the platform become a trusted friend because the people behind the product speak directly to you. “We're not just hopping on trends, we're engaging in a cultural conversation that is different day to day,” says Boyce. 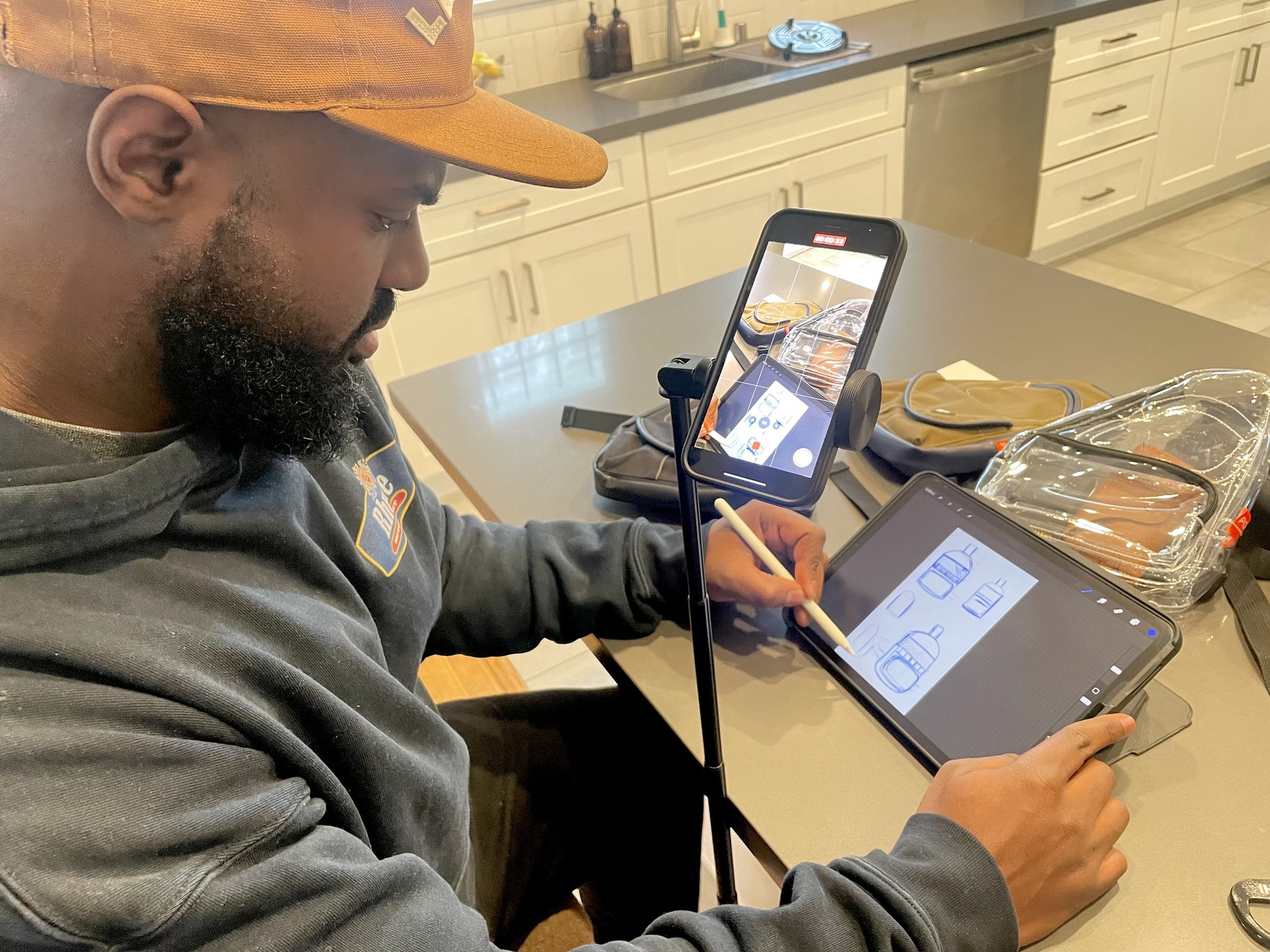 Trenton Williams, founder of Pochi Goods, films as he sketches a bag design he is workshopping. He uses TikTok to get feedback on designs from his followers. Photo by Megan Jamerson/KCRW.

Because TikTok is changing the way brands communicate with customers, it's also changing how brands take off in LA. Just look at Pochi Goods, an accessories company that sells bags for active customers, that Trenton Willams founded at his kitchen counter in Leimert Park.

Williams got some video pointers from a friend who’s a director, and then posted his first TikTok video last summer. It only got around 200 views, which at first felt like a poor return on investment after spending at least a couple of days creating it. But Williams didn’t give up, remembering the hard work his own father put in to start a restaurant.

A few months later, that first post went viral. He quickly sold out of his first two drops of bags, with customers snatching up over 1,000 bags in two months. That was followed up with a successful Black Friday promotion that left him completely out of inventory.

Williams likes to compare it to what entrepreneurs did back in the 1980s, selling their products out of the back of a truck to gain a following. “This is me selling mixtapes in the back of my hooptie to one day blow up,” says Williams with a laugh.