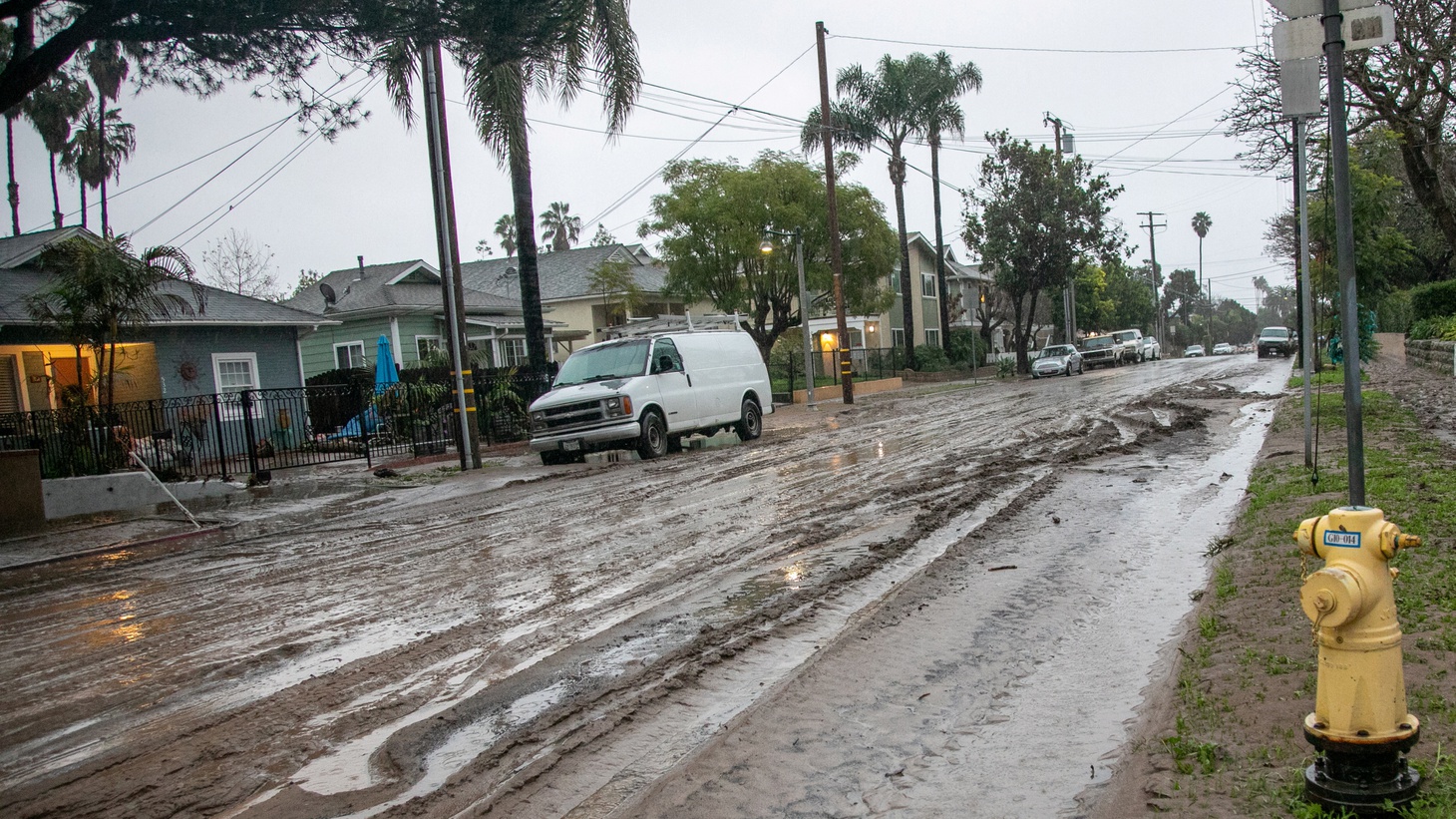 Rain storms that have swamped the Central Coast and Southland are slowly moving east now. This deluge was the latest in a series of atmospheric rivers coming off the Pacific. President Biden declared a state of emergency, and another round of rain is expected this weekend. In a La Niña year, where is all this water coming from, and will it help alleviate the ongoing drought?

Eric Boldt, warning coordination meteorologist for the National Weather Service in Oxnard/Los Angeles, says current rainfall is beyond even the downpour that hit SoCal in 2005.

“San Marcos Pass [above Santa Barbara] has a pretty good record of climate history … The most rain they've received was 10.55 inches, and that was back in 2005. I think by the end of [Monday], we had closer to 15 inches up there. So we really kind of blew that record out of the water.”

While heavy rains have brought mudslides, flooding, and evacuations, there is a silver lining. Boldt says all this water will help fill reservoirs following the driest three-year period in California history.

“There's still a lot to go to make sure our reservoirs are full … but the good news is, I think we're gonna see some really significant increases in improvements to the drought.”