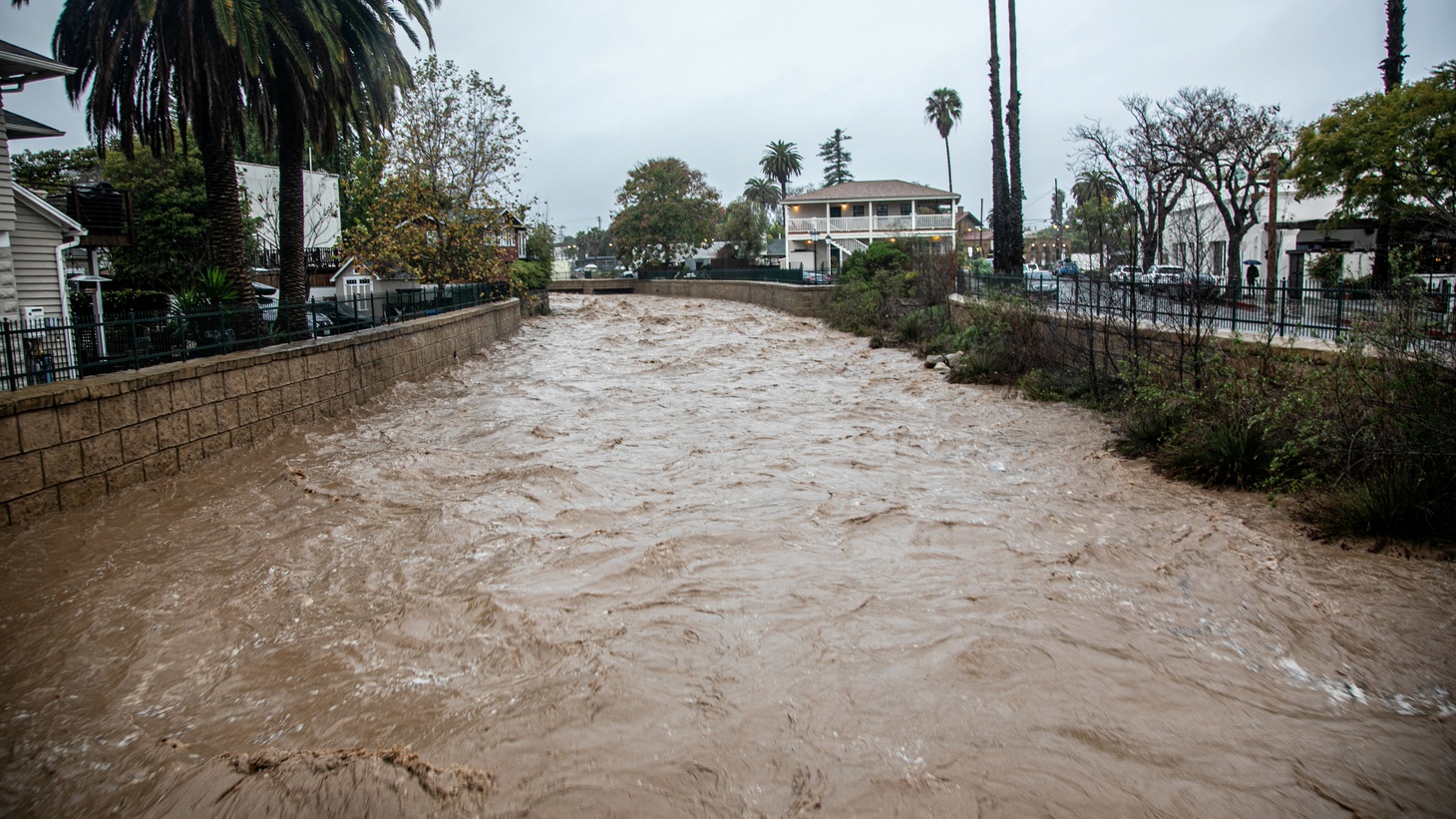 Southern California is experiencing record-breaking rains as an ongoing atmospheric river from across the Pacific continues to bring extreme moisture. LA County has seen flooding and debris flows, which lead to road closures in Malibu Canyon and Topanga Canyon. A sinkhole in Chatsworth swallowed a couple of cars with people in them. Luckily, everyone was rescued.

However, the state says recent storms have caused at least 16 deaths, and a 5-year-old boy is still missing after flood waters swept him away near the Central Coast in San Luis Obispo County.

The entire city of Montecito evacuated for fear of mudslides, five years to the day after deadly slides killed close to two dozen people and destroyed a hundred homes.

“It’s been unbelievable. Rain fell for almost 24 hours straight. We’re not talking sprinkles or just garden variety [rain]. These were sustained heavy showers that would be interrupted by cloud bursts. This morning, we got a fast moving storm cell that brought just buckets of rain and powerful winds. … Santa Barbara and Montecito got around six inches of water from this storm. The San Marcos Pass, an [area] north of the city [used as a benchmark for historical rainfall], logged something like 17 inches, which is a new record.”

Guilhem even witnessed a downed power that “started sputtering, flashing, and then just caught on fire.”

Guilhem was not alone in his extreme assessment of the situation. Santa Barbara County Sheriff Bill Brown says he has “not seen anything like what we've experienced with respect to the sustained amount of rain that we've had. It's been mind-boggling.”

Despite the unprecedented rainfall, so far there haven’t been any significant mudslides. According to Guilhem, “The most damaging sort of earth movement we’ve experienced was a rockslide north of the city that shutdown the northbound 101 freeway. Crews are working to get the road back open. They’re hoping to have traffic flowing again tonight.”

While the hillsides are holding for now, scores of people are still evacuated and Santa Barbara County has opened multiple shelters.

Mitch Bernstein from Solvang is among the evacuees who’s trying to make the most of the situation. “I stocked up a little bit on the goodies — the sweet rolls and things like that and something to drink. And I also bought a couple pillows and a blanket because there was the possibility that I was going to be trapped here.”

For Bernstein and others like him, it remains unclear when they can return home. Crews are working hard to clear rocks, trees, and other debris off the 101 and other local roads, but with more storms on the horizon this weekend, the situation remains uncertain.