"Hudson Yang's dad" has become the most prominent title for Jeff Yang, overshadowing his career as a culture writer and co-host of the podcast "They Call Us Bruce." He admits this in a new Forge essay.

Since age 9, Hudson Yang has been playing the star of the ABC show "Fresh Off the Boat." It's the first prime-time sitcom centered on an Asian-American family in two decades. It's based on Eddie Huang's memoir, and season six starts shooting this fall.

Jeff Yang tells Press Play that Hudson wanted to be on TV so he could grab the attention of a popular girl at school, who was acting in commercials. Yang was writing about entertainment for The Wall Street Journal at the time, so he knew people in the industry, and helped his son with auditions. Hudson had never acted before. 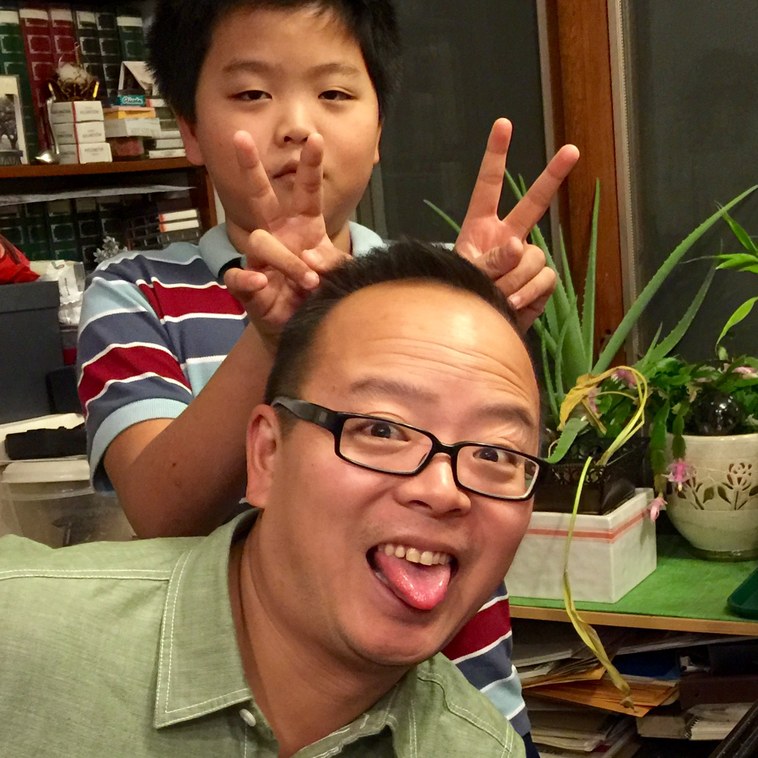 Hudson Yang at age 9 with his dad Jeff Yang. Courtesy of Jeff Yang.

"I grew up in an immigrant Chinese family where the thought of doing anything other than the slow-and-steady pace upwards was anathema. When my older son came up to me and said this, I was like I can't do that to him. I have to actually support his dreams however whimsical, impossible, ridiculous they might be," says Yang.

Hudson originally auditioned for the role of Emery Huang, the middle child, of "Fresh Off the Boat." After reading lines, the Yangs heard nothing back. Then writer Eddie Huang direct messaged Yang on Twitter: "He should be going for the role of me."

Yang says he never saw his son as that kind of TV star. "He was always a kid with a lot of energy, a lot of attitude, a certain kind of charisma. But he never struck me as one of those kids, like the show kids. And I think he's still kind of not that kid."

Yang says the first few seasons of the show were difficult for his son. "A lot of things that people were doing in the real world, he couldn't do. He wasn't going to school with other kids. He was doing remote education on set… It took a while for him to actually understand the implications of the choice he made. But every time I asked him 'do you really want to do this, is this where you want to go?,' he said yes."

The opportunity of advancing Asian-American representation

When the show premiered, it was unusual for Asian American families to be on network TV. Yang says, "There was all this coverage and conversation happening before a single scene was shot even. And so the expectations, that burden of responsibility was really high. And I had been staring these things square in the face. This is what I wrote about: the changing face of Hollywood, about globalization, about the resistance to change that these industries had."

Yang says he wondered whether it'd be easier if his son were a regular kid, and he sometimes wanted to tell him, "You don't need to do this." But Yang thought internally that if Hudson didn't take that role, what would happen to them as a culture? Strangers even came up to him -- when they recognized him in public from press images -- and told him how much they wanted the show to succeed.

"The thing I'm actually most happy and proud of… isn't that he's on TV, but that he has really grown into a sense of understanding what it means for him, someone who looks like him, to be on TV," says Yang.

Dad letting his own career take a backseat

His son's success meant Yang's career suffered in a way. He could no longer write about any ABC productions. "Because his show was in a world that I was working, the more he worked, the less I could work. The more his star rose, the more I had to kind of purposely eclipse my own, out of conflict of interest… Most of the friends I know who have performing kids, we will get together and drink wine and say we just don't know we made the right decision sometimes," Yang says.

Financial security and being a kid breadwinner 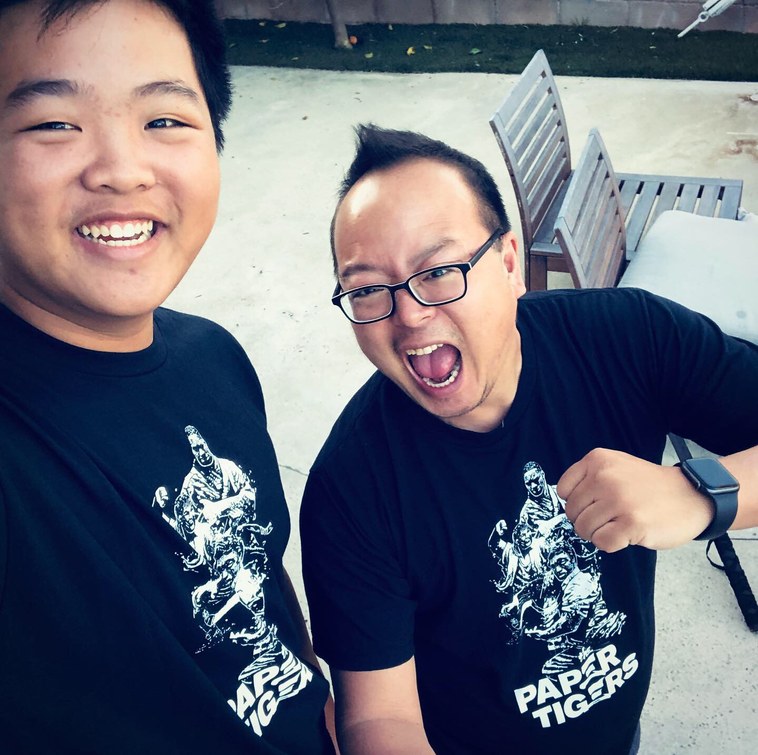 Hudson Yang at age 15 with his dad Jeff Yang. Courtesy of Jeff Yang.

Hudson is now 15 years old (and 6'2'' tall). A common question Yang gets from people is whether Hudson is set for life. Yang says Hudson makes decent money, so he's definitely set for college. But even with a syndicated show, he can't "bling his way through everything."

Yang has told his son that "Fresh Off the Boat" will give him a start, but he has to continue working for everything else, and decide if he wants to keep being an actor.

Does any of Hudson's income from "Fresh Off the Boat" go to his father? Yang, who's 50 years old, says no. "There's enough ancillary things for me to do that I've been able to take jobs. I'm working basically market research right now. So I can provide for myself."

If Jeff and Hudson had to do it all over again, would they say yes? 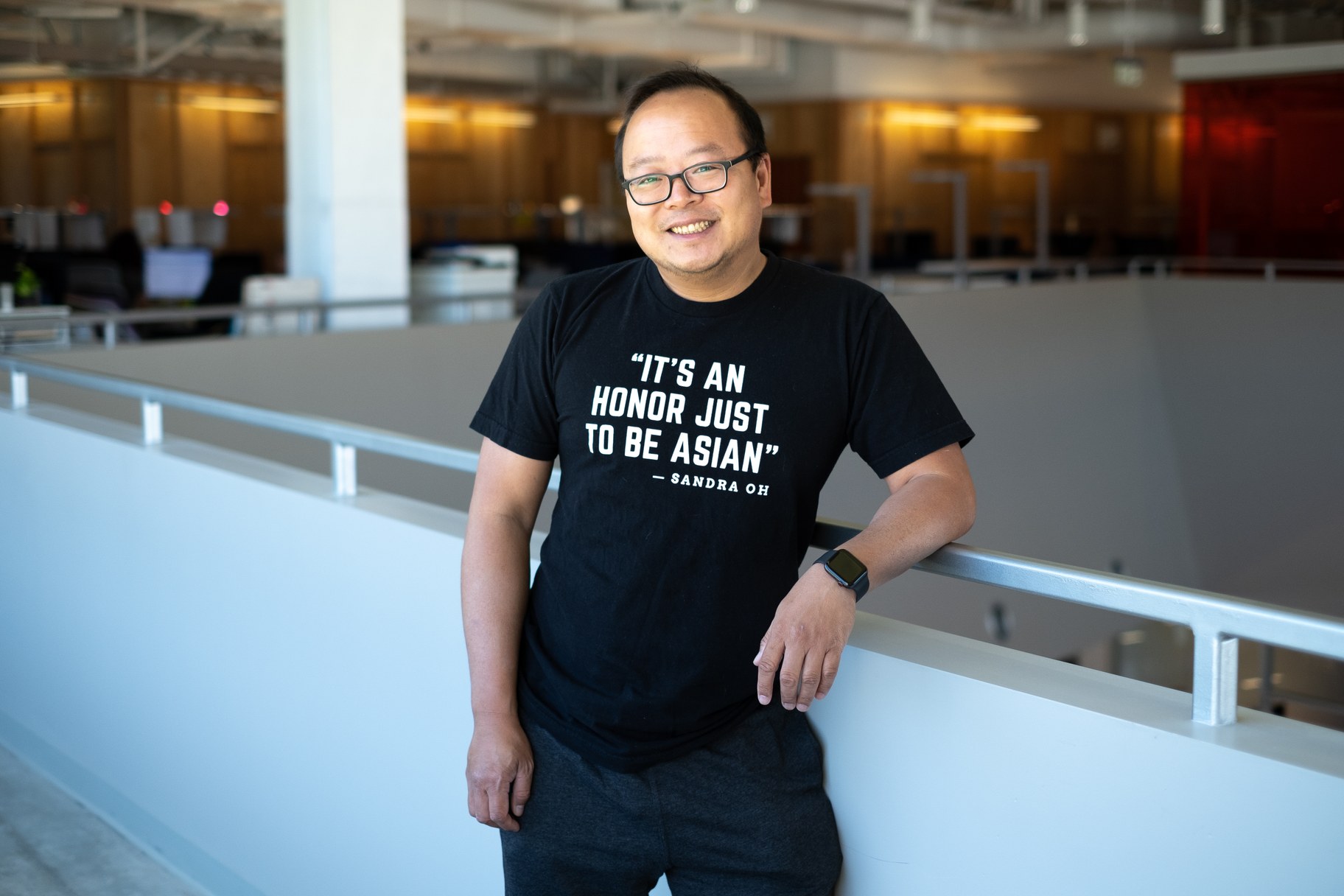 Yang has asked his son whether he would have chosen differently if he knew how hard the road would be. Hudson has occasionally said "maybe not."

"There are certainly times when he feels like he has paid a certain commodity of innocence or of normalcy perhaps, that he wishes he could clawback," says Yang. "But then again, all the things he does get to do, when you get to take pictures with a Hemsworth or something on a red carpet, it certainly more than makes up for it."

Yang says that when his son does long for a "normal" life, he can provide that safe space as a father.

"The one thing I can do is create space, is make sure that there are places and times he can retreat to, where there isn't that feeling of being watched, and where he can just be himself. And I think we've been able to do that. And I think he is a very, very lucky kid."