Advice columnist E. Jean Carroll is the latest woman to accuse President Trump of sexual misconduct. She is among at least 22 other women to do so. She is accusing him of raping her in the mid-90s in a department store dressing room, although she does not use the word “rape.”

Trump has denied these allegations. He even denies that he’s ever met her, although there is a photograph of them together.

He’s also accused her of fabricating the story to sell her new book “What do we need men for? A modest proposal.”

For her book, Carroll compiled a list of 21 hideous men in her life who have abused her in some way --  the list goes back to when she was five years old.

“I think a lot of women from my era, I'm a member of the silent generation, have experienced far worse than me. First of all I'm talking about it. Many women don't remember that far back. They don't remember when they're five. You know men have been preying on little girls since probably the beginning of time. And it's one of the reasons why I want to get rid of men. Really.”

Carroll was married to television personality John Johnson in the ‘80s and he is also on the list. In her book she describes him as physically abusive, saying he repeatedly strangled her. However, she does not consider herself a victim of domestic abuse.

“I can't see it because my whole philosophy is chin up, move on. If I had to sit down and think seriously for 30 seconds about what was done to me I would never ever leave the house. I don't see myself as a victim, I see myself as a fighter.”

That’s why, she says, she does not see what happened with Donald Trump as rape.

She says they ran into each other in Bergdorf Goodman and he asked her to give him advice on what to buy for a girl. They headed to the lingerie department and ended up in a dressing room. He pushed her against the wall, pulled down her stockings, unzipped his pants and inserted himself into her.

“Well it was a fight. He definitely hurt me. It was definitely against my will. But I saw it as me contending with him. And I ended it. I got up very fast.”

She also says she thinks it was partly her fault.

“I don't think a woman should go into a closed room with a man she really doesn't know. I mean you know it was an adventure for me. I was gonna have a great story that I could dine out on. I understand why I did it but it was just not smart.”

In her book, Carroll writes that she was not traumatized by this event. But she also says that she has never had sex after that.

“There is a chance that my desire for desire has been killed. But there is a stronger chance because of my age, I was 52 at the time and now I'm 76, I just haven't met anybody, that's a stronger possibility. I have met lots of great guys and I have had flings, which is you know dating with nothing really serious and no sexual desire. But you know what, maybe I’ll meet somebody his week the old flame will burst out again. Who knows?”

---Written and produced by Alex Tryggvadottir 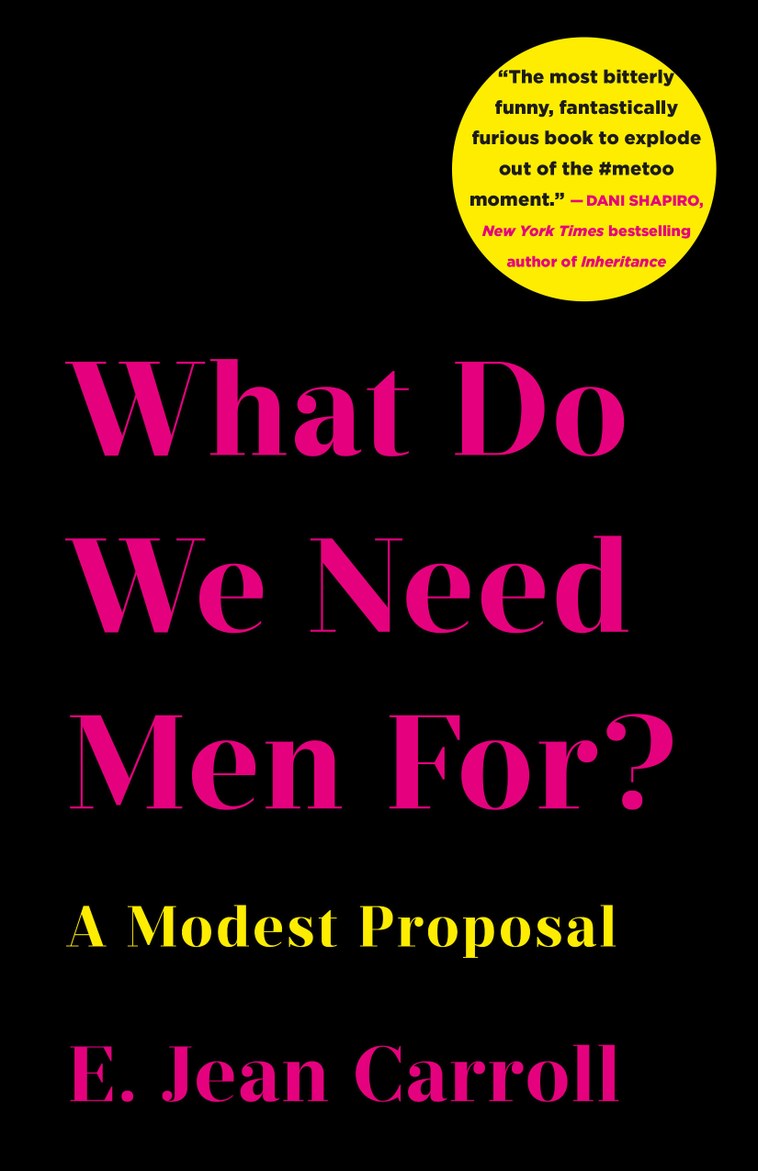 Cover art for "What Do We Need Men For? A Modest Proposal. Courtesy of E. Jean Carroll.