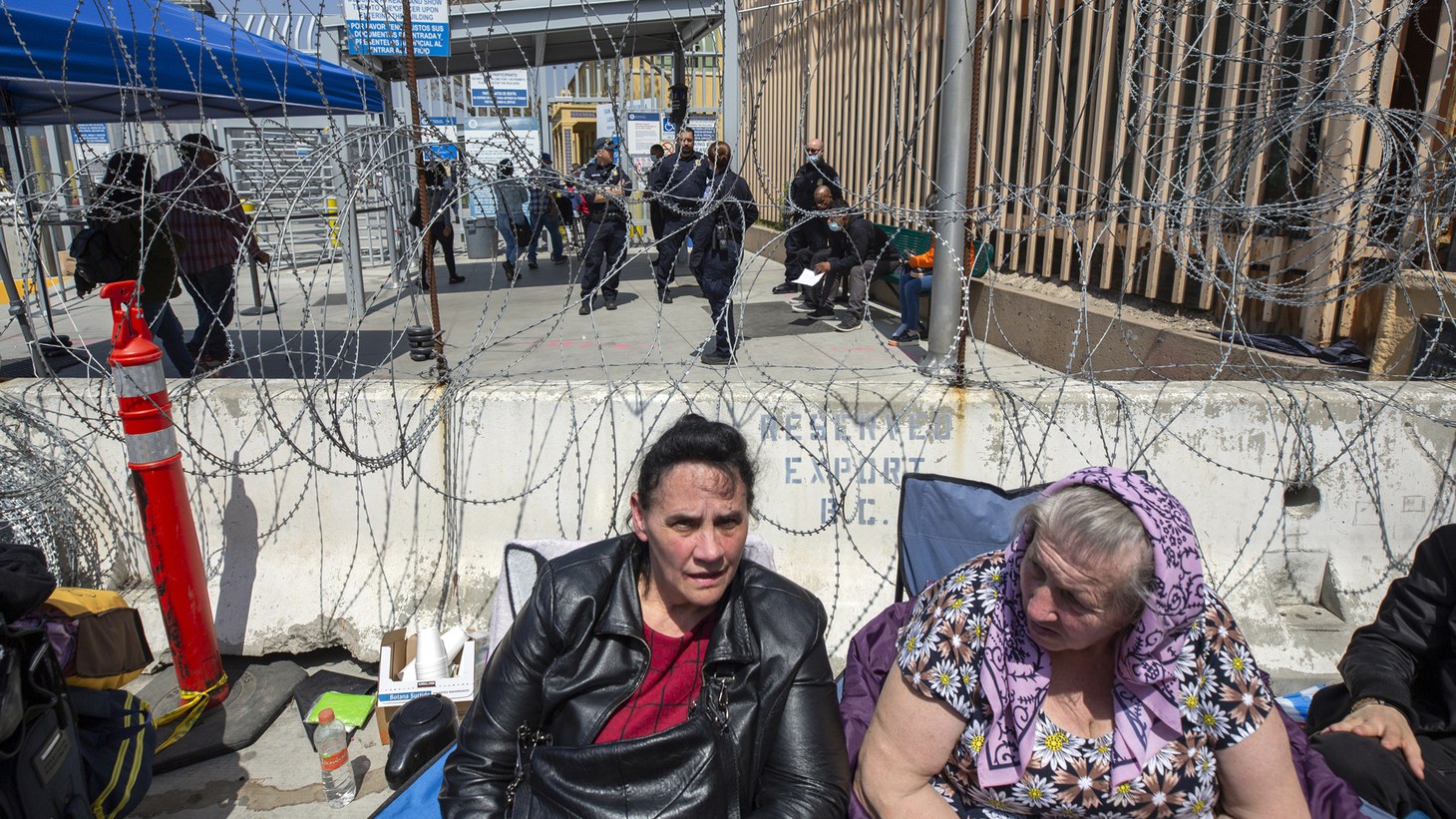 Two Ukrainian women sit and wait for U.S. Customs and Border Protection to allow them to enter the U.S. at the San Ysidro Port of Entry in Tijuana, Baja California on April 5, 2022. Photo by Omar Ornelas-USA TODAY NETWORK via Reuters.

Thousands of Ukrainians are at the Mexico border seeking asylum in the U.S. They’re being prioritized over migrants coming from Latin America and the Caribbean. It raises complicated questions over who gets to jump to the front of the line for political asylum, as the U.S. pledges to accept up to 100,000 refugees fleeing Ukraine.

“They don’t speak the language, they don’t know the culture, so they are living in fear, less fear obviously than being in Ukraine, but still, they’re not quite out yet,” says KPBS reporter Gustavo Solis.