A new documentary, “The Truffle Hunters,” follows elderly men in Italy who comb the countryside for white truffles, also known as white gold, with their trusty hounds. The film premiered last year at Sundance, and it’s now playing at the Vineland Drive-In in City of Industry.

Directors Michael Dweck and Gregory Kershaw spent three years making the film, and they discovered small groups of 80 to 90-year-old men who cultivated a certain wisdom in locating these truffles.

“Everybody has a different theory of how it blooms. Some think it has to do with when lightning strikes. Some people think it’s the face of the moon. Others rely on … electromagnetic currents under the soil. But there's just a small handful of people that really know how to find this thing,” says Dweck.

Dweck explains that during truffle season from September to January, the men walk 15-20 miles at night in search of truffles. They choose nighttime so others don’t know where they’re going.

The market for truffles is incredibly competitive, Kershaw says, and the film has a scene that takes place on a secluded Italian street corner in the dead of night.

“When we first started filming, we heard rumors … about this black market that occurred on this one street in this particular town twice a week in the middle of the night. And so we went to check it out. And we actually went in the day. And we talked to all the different shopkeepers on the street, and it's an Italian town, so these shops had been there for generations. … None of them told us that they had ever heard of this market.”

Dweck and Kershaw then went back to the truffle hunters who told them about this black market, and they were instructed to seek it out at night.

“We went back at four o'clock in the morning. … And there was a drought that year, there were very few truffles, and all the truffle dealers were desperate to find truffles because they have clients all around the world. And there was a line of these truffle dealers. … They kind of almost looked like drug addicts waiting for their next fix because they were so desperate at that time.”

Then a small SUV pulled up and the driver opened his trunk, Kershaw continues recalling. “The street just filled with the aroma of truffles, and all the truffle dealers scurried over him and they pulled out their cash and they started trying to make deals.”

The important role of dogs

The men rely on dogs to sniff out truffles with their sensitive noses, and these dogs have enough energy to endure hunts that can stretch to 12 hours.

“We knew that the dogs were incredibly important to telling the story. … They were just as important as their human counterparts. And we wanted to bring the audience into the perspective of the dog,” says Kershaw.

And so, the directors mounted a GoPro camera on each dog’s head. “You see the dog's perspective in the world. And you go on the thrill of the hunt with them. And you see the excitement, the ecstatic joy of these dogs digging up the truffle and interacting with their truffle hunting companions,” says Kershaw.

The men also have conversations with their dogs, says Dweck, and they treat them as their own children. 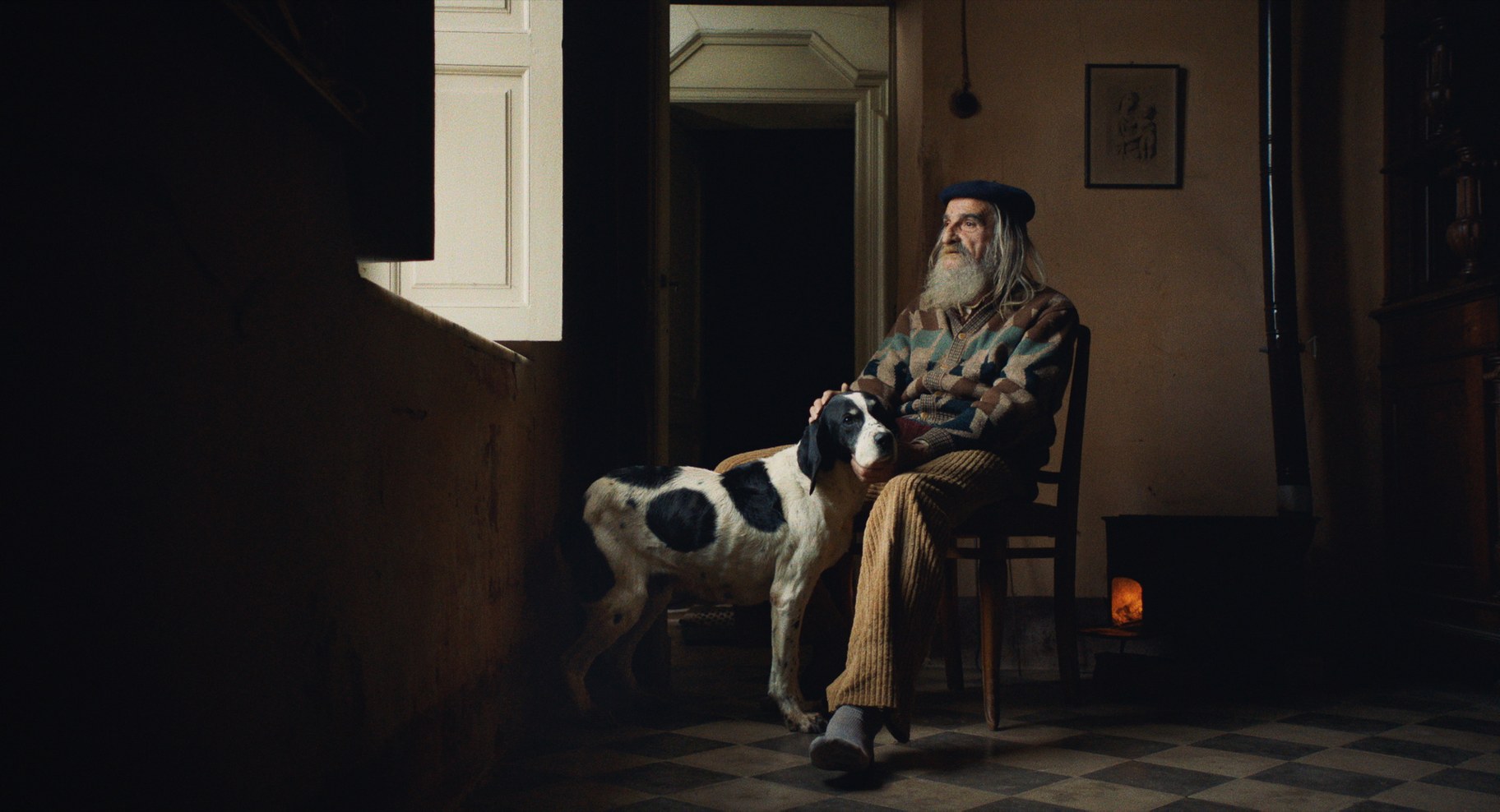 Angelo Gagliardi and his dog in “The Truffle Hunters.” Image by Michael Dweck and Gregory Kershaw. Courtesy Sony Pictures Classics. 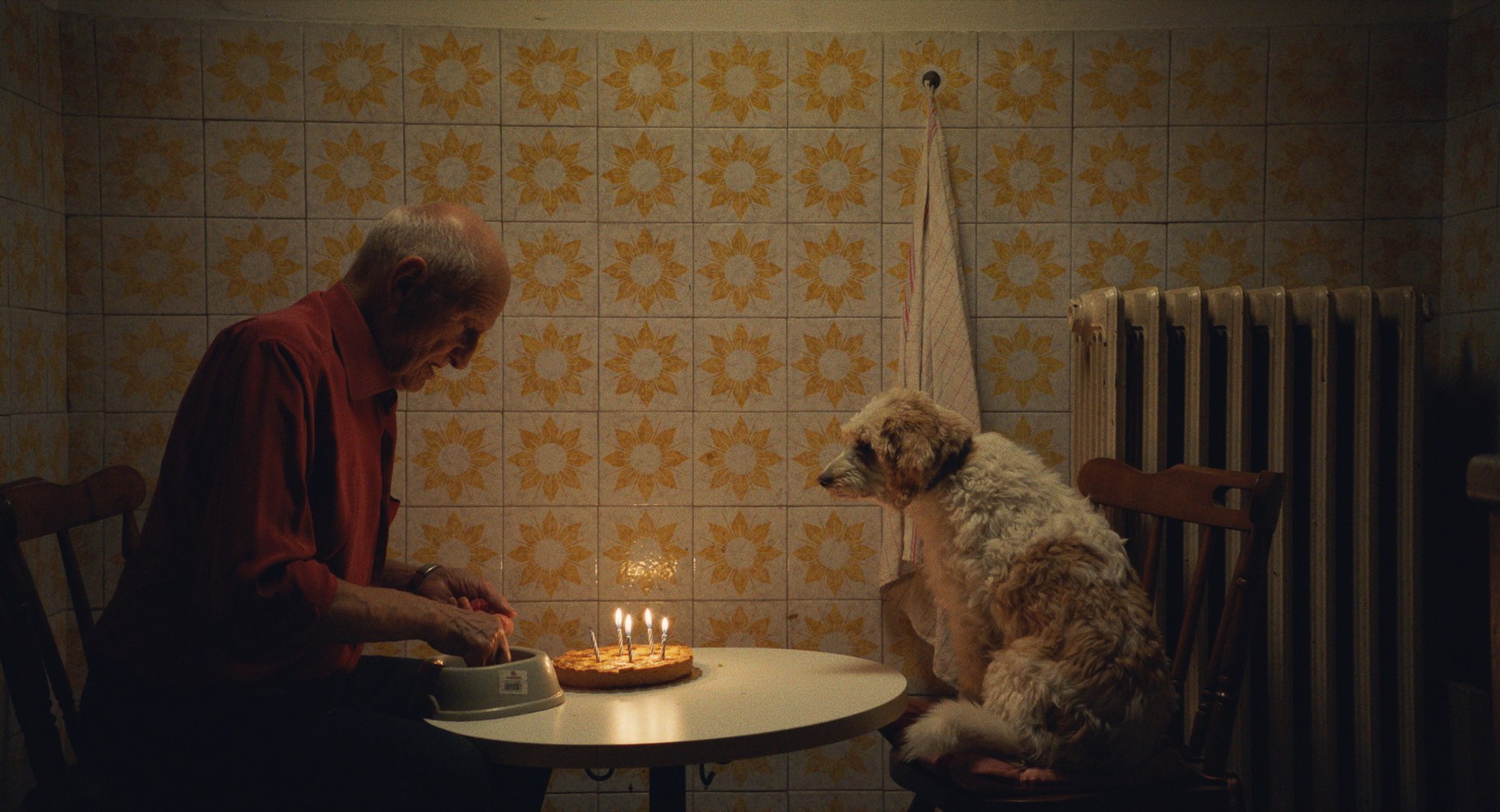 These men have no technology — no cell phones or computers. “They live in a pre-digital world. And of course, there's some beautiful things about living in that world,” says Dweck.

Kershaw adds that these old men are filled with life and bursting with joy. “The spirit that they carry with them, that's really what we tried to capture in the film. That was the starting place … trying to transmit this feeling that we felt around them. This life lived to its fullest potential.”

What energizes these men? Their connection to nature, community, and local history, says Kershaw. They’ve held onto these things that have been stripped from the modern world. 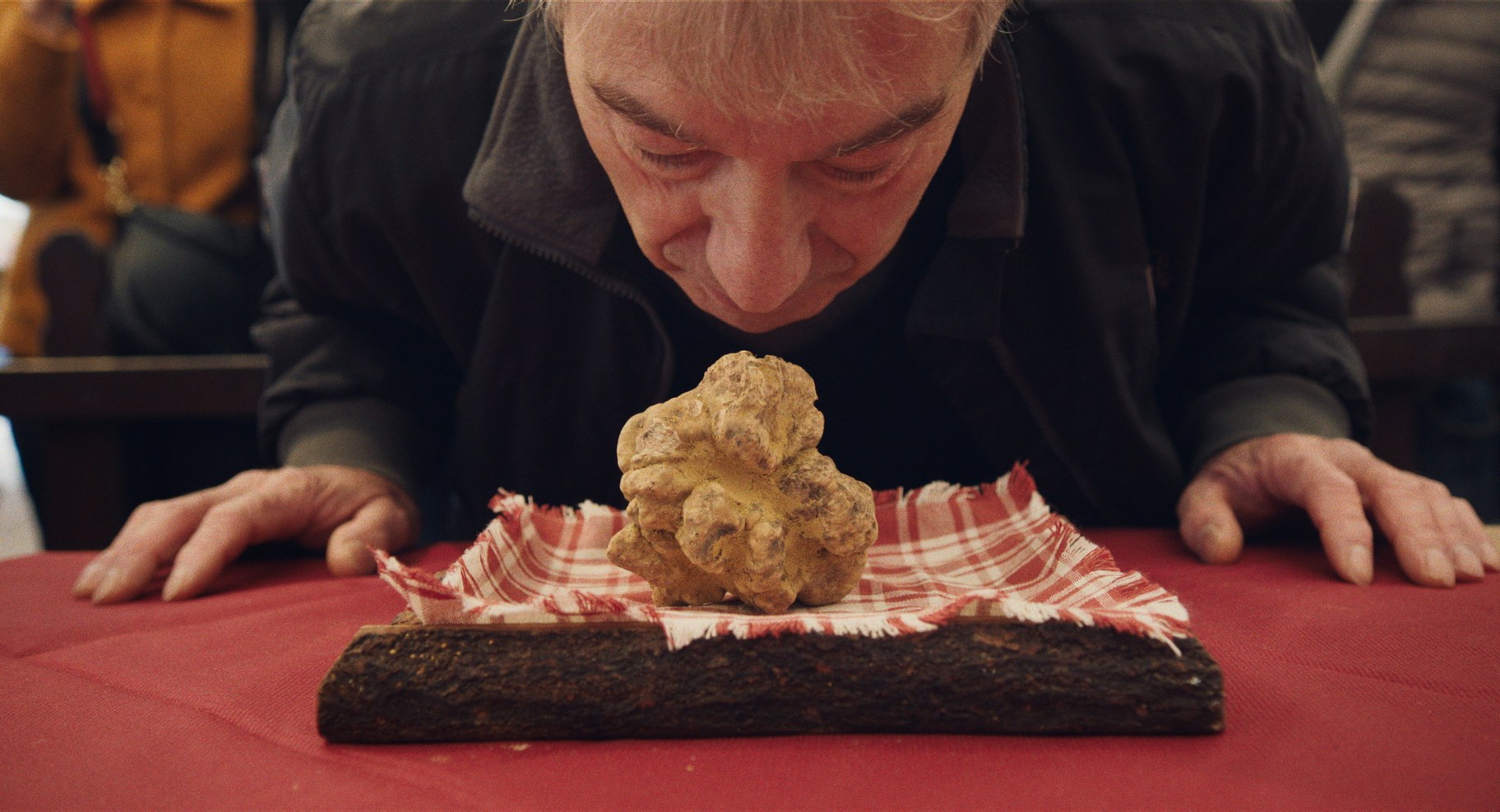 Some of the biggest truffles can sell for hundreds of thousands of dollars. Image by Michael Dweck and Gregory Kershaw. Courtesy Sony Pictures Classics.

The directors didn’t come across any women who hunted truffles. “It seems that women in this community have a passion … which is hunting for porcini mushrooms, and the men are out there looking for truffles,” says Dweck.

And young people aren’t hunting truffles because they left the countryside to look for work, he says.

Dweck says the old men don’t do this for the money, but for the passion: “We found that this passion, it's work. Truffle hunting is a lot of work. You have to be willing to dig in the mud in the freezing cold. … It’s a lot of snow. And you're out there for eight to 10 hours a night. And the chance of finding a truffle in a night is almost zero. Maybe it’d take two or three weeks … you find like a little nugget,

What happens when these elderly hunters pass away?

“We realized how fragile this tradition was. And it does seem like people will continue truffle hunting. I mean, they're just worth so much money,” says Kershaw. “But it's hard to imagine they're going to continue doing it the way that the people we filmed with do it. … The people that we filmed with, they don't have a smartphone in their pocket. And just that alone, it transforms the way that you interact with nature, it transforms the way you interact with other people. And these beautiful pre-digital lives that the people we filmed with have, it doesn't feel like it will be carried on in the same way with future generations.”