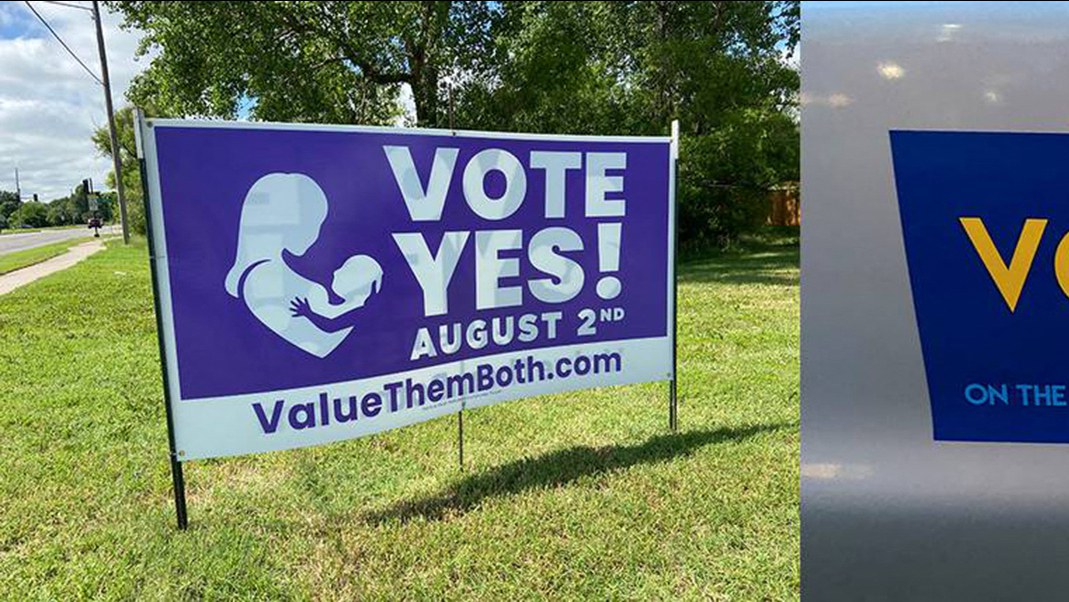 An amendment would undo the right to an abortion in the Kansas Constitution. Anti-abortion advocates are displaying “vote yes” signs, and those not in favor are posting “vote no” signs. Credit: Jaime Green/The Wichita Eagle/TNS/ABACAPRESS.COM via Reuters.

The Kansas Constitution currently guarantees abortion access, and on August 2, residents will vote on whether the legislature could restrict the procedure. The vote is being closely watched as a bellwether for the rest of the nation.

“It's a confusing vote because a no vote means you support choice. And a yes vote means you're for the amendment,” says Annie Gowen, Midwest correspondent for The Washington Post. “So basically, in the 2019 ruling, the [state] Supreme Court said, ‘Okay, the constitution protects the right of personal autonomy, and that includes the right to control one's body.’ And so the amendment now would reserve the people's right to — through the state legislature — pass more laws to regulate abortion.”

She says polls historically show that Kansas is a very red state, where residents are less likely to support abortion rights, but a recent poll from Fort Hays State University shows that most Kansans support at least some access to abortion.

“There's a lot of energy around this because it's a very close, neck-and-neck type of thing.”