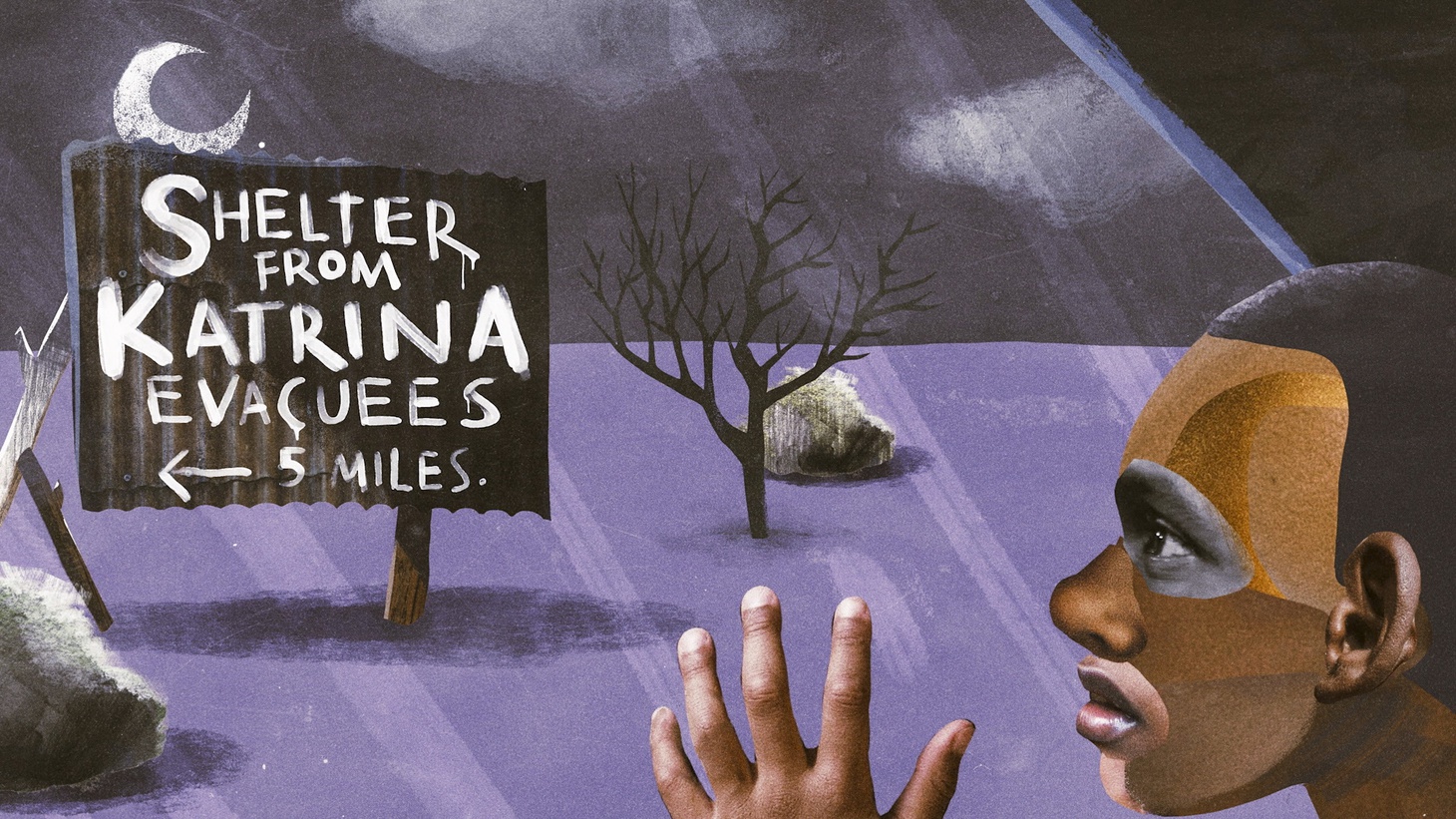 An animation from “Katrina Babies” shows Hurricane Katrina evacuees seeking shelter. “Luckily, our house only suffered wind damage because of our location. My family's house was destroyed. Grandmother's home was destroyed. My cousins and my best friends, they never returned even to this day. So the best memory I have of the New Orleans that I loved is before Katrina,” says Edward Buckles. Courtesy of HBO.

Surprisingly little is known about how Hurricane Katrina (2005) affected the children who survived it and are now adults. Edward Buckles was 13 when Katrina swept through his neighborhood in New Orleans, and now all grown up, he’s turned the camera on himself, his family, and his hometown. His new HBO documentary is “Katrina Babies.”

The natural disaster left more than 1,800 people dead and millions without homes to go back to. The town still isn’t what it was, even though Bourbon Street is thriving again, and sports and music festivals have returned.

Buckles got the idea for “Katrina Babies” in film school, when he was trying to process his mixed emotions stemming from the hurricane. Then he met Miesha, one of his classmates.

“I knew that I wanted to go out and ask young people what they had experienced because I knew what I was dealing with when it came to trauma. And when Miesha first said that [no one had asked her if she was okay], it gave me some validation,” Buckles tells KCRW. “It really showed me that this is a problem: Something was missing in this whole recovery process with these children. … That was 15 years after the storm.”

Buckles’ dad recently watched the documentary, and he ended up apologizing to him for never checking in to see how he was feeling.

“He said, ‘I never asked you because no one ever asked me about Hurricane Betsy. That happened to me when I was a child.’ It's dealing with certain things like intergenerational trauma, where our parents are just doing what they know and what they were taught.”

Buckles and his family were fortunate enough to escape New Orleans before the storm hit. They spent months in Lafayette before returning home because the city was closed down. He says that back in his hometown, he couldn’t even recognize it.

“It was a ghost town. Luckily, our house only suffered wind damage because of our location. My family's house was destroyed. Grandmother's home was destroyed. My cousins and my best friends, they never returned even to this day. So the best memory I have of the New Orleans that I loved is before Katrina.”

As a result, Buckles says he lost much of his identity and his connections to family.

“One of the things that we really loved was our family. Our family dynamics, that was a go-to for us. One thing that Hurricane Katrina did to me specifically is it separated me from that close-knit family. It forced me to deal with some identity issues. It took me a long time after Hurricane Katrina to really come back into myself and figure out who I was.”

Buckles was able to rebuild many of those bonds. But he points out that a lot of the children of New Orleans had similar experiences.

“A lot of their loss wound up impacting their identity. … Some people lost their neighborhoods and were displaced from their neighborhoods. So that forced them to lose identity. That's really what this film is saying: Once you lose your childhood, what does that do to identity?” 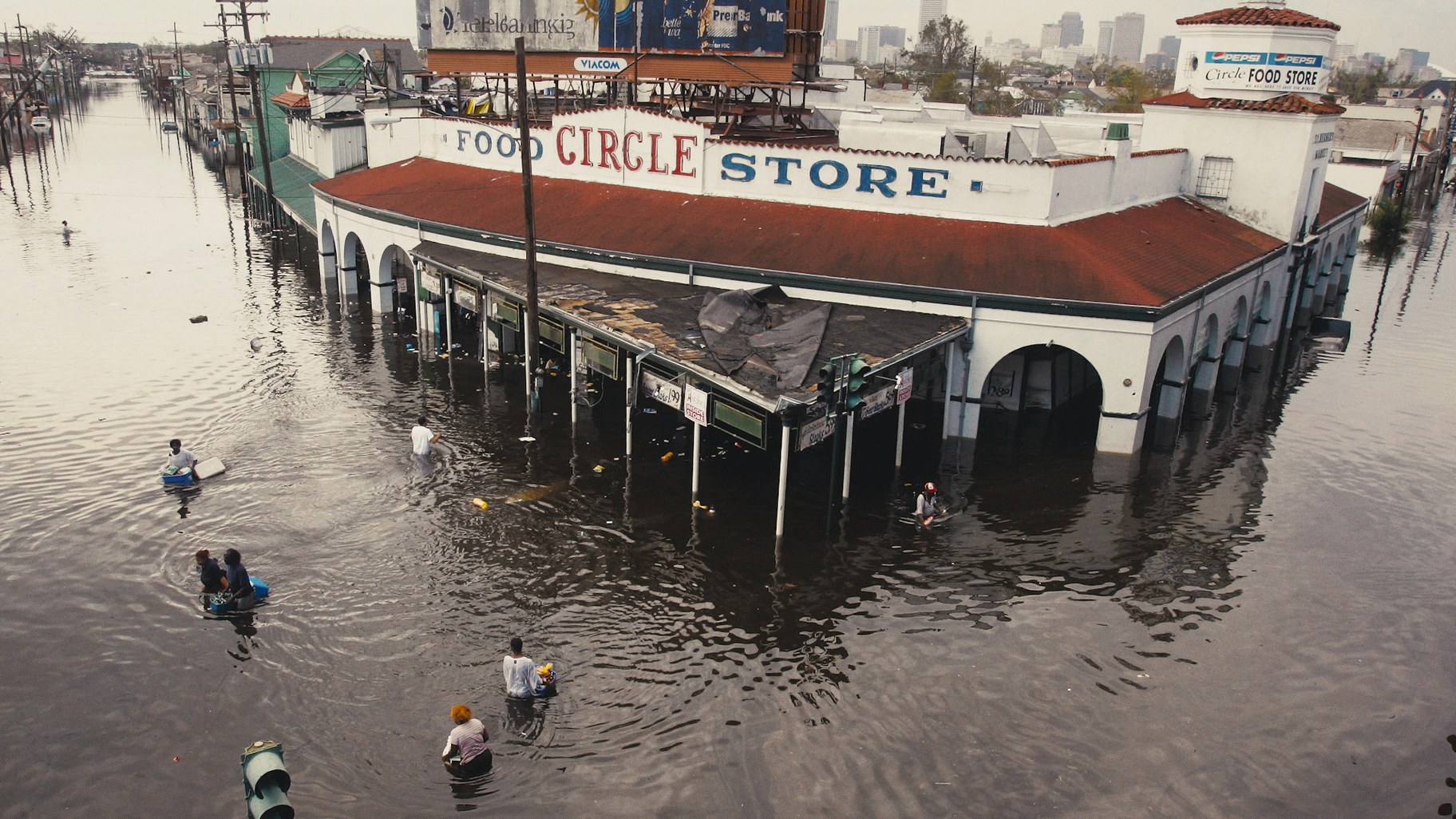 “Some people lost their neighborhoods and were displaced from their neighborhoods. That forced them to lose identity. That's really what this film is saying: Once you lose your childhood, what does that do to identity,” says “Katrina Babies” director Edward Buckles. Courtesy of HBO.

Buckles recalls the story of his cousin Quentin, who was locked in his home’s attic for three days until he was rescued. He was 11 years old at the time. Buckles says the experience left his cousin with distrust of the American government.

“Something that he said in the film was that he would never fight for this country. I was like that is a very strong decision to make at the age of 11 years old,” he explains. “A lot of us down in New Orleans … were just dealing with trust issues from our government. Being called refugees when we are American citizens, feeling like we were being forgotten.”

He adds, “There's a bunch of other complex trauma, like PTSD. There's anxiety, which I suffered with personally. There's fight or flight, and it's still gone unhealed and unnoticed.”

Before Katrina, Buckles says New Orleans was one of the murder capitals of the country. But after the storm, he says murderers and their victims there got younger and younger.

He adds, “I think that the PTSD, the behavioral problems and the anger and the sadness and the depression played a big part in that.” 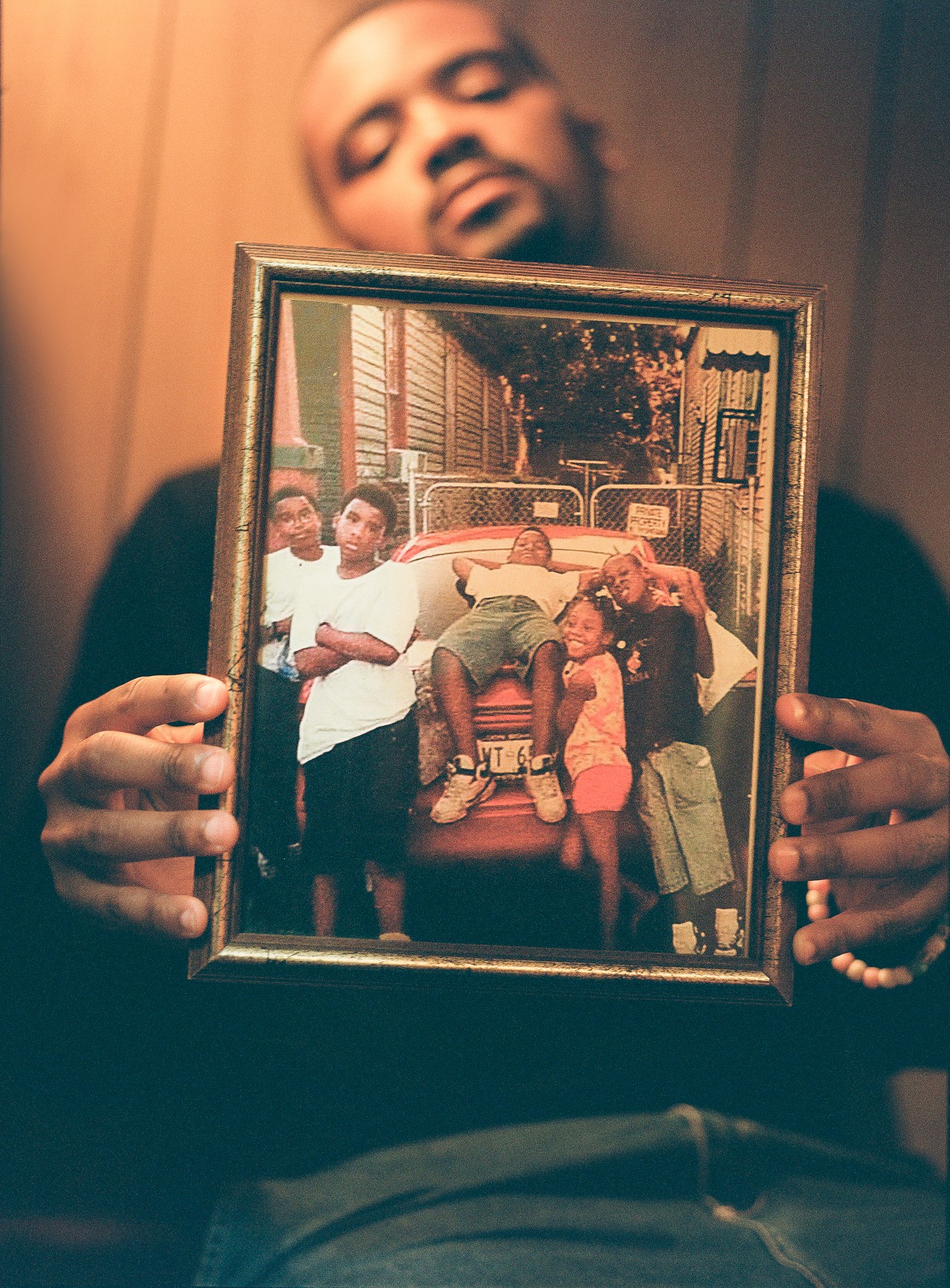 “Katrina Babies” director Edward Buckles holds up a family photo. He says he lost touch with his close-knit family in the aftermath of the 2005 storm. Courtesy of HBO.

The first person Buckles interviewed was Damaris, another close friend. She was one of the survivors who relocated to a FEMA trailer, which infamously contained toxic levels of formaldehyde. She developed pancreatic cancer afterward.

Buckles remembers asking her what she wanted to get out of the documentary and whether she wanted to sue the government agency over her health problems.

“She was like, ‘No. … None of that is going to get my health back. All I want is an apology. A public apology. I want them to own up to what they did. Because once you are dealing with those types of health issues, imagine not even getting accountability from those who hurt you,” he explains. “That was one of the things that I just really wanted to do for her with this film. I just want to help her see closure when it comes to what she experienced in those FEMA trailers.”

Has New Orleans truly bounced back from Katrina?

Buckles say not at all.

“We need health resources, financial resources. We just need help to just be able to thrive. We need to be put in a position to thrive because we are brilliant and beautiful people down there. But we hit glass ceilings really quick because of the fact that we don't have the platforms, the pipelines, or the conditions to thrive.”