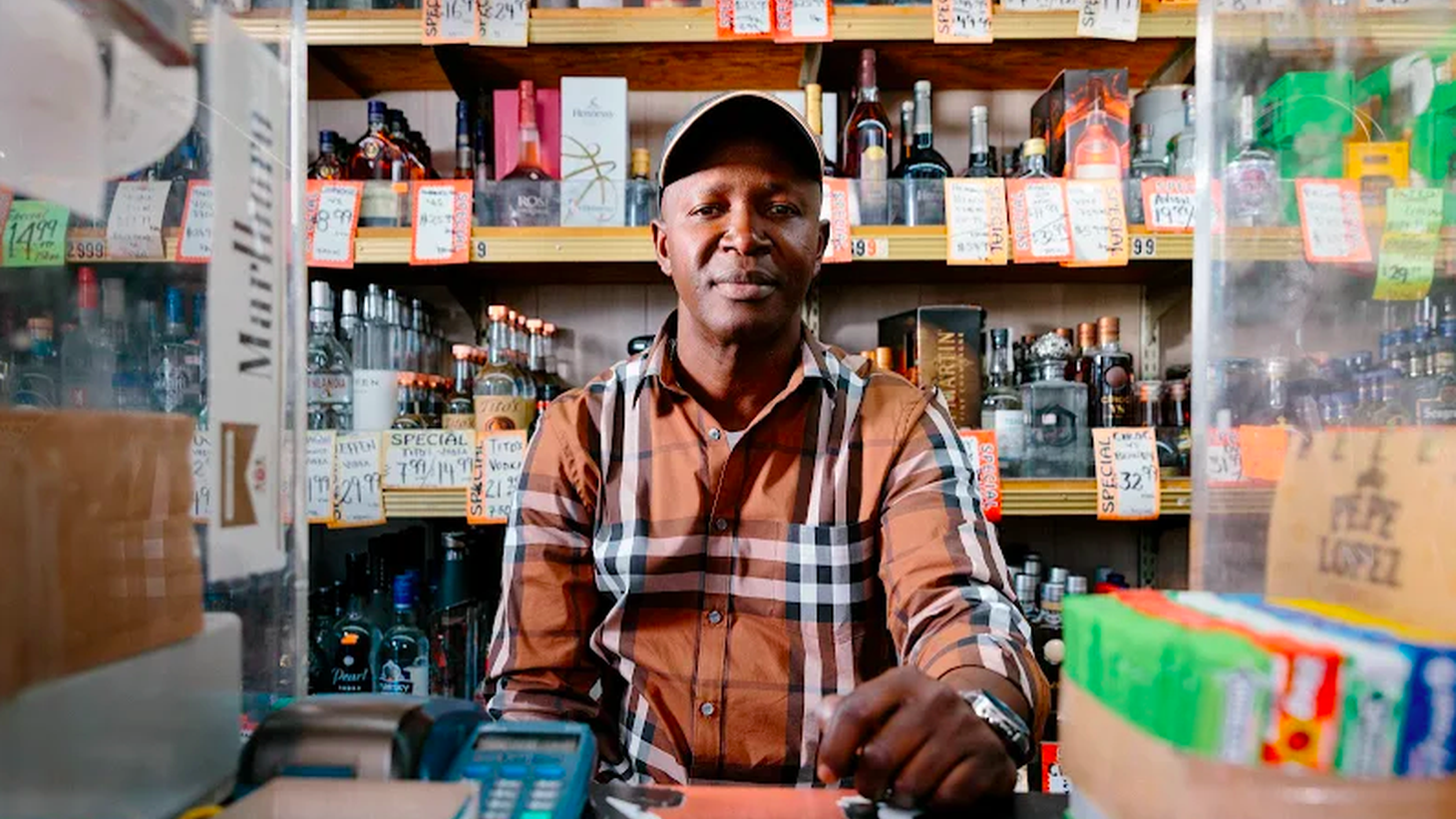 Abdul Jamal Sheriff owns Holiday Liquor on West Adams Boulevard. Holiday Liquor has been under an order from the city’s attorney office to mitigate gang activity around the store since 2020. Photo by Stella Kalinina for Bloomberg Businessweek.

Driving down West Adams Boulevard just past Culver City, you can see the typical signs of a neighborhood in transition. There are old liquor stores, empty lots, and burn scars from the 1992 LA Riots. But look closer, and you’ll find a new boutique hotel, a pasta bar, and even some sleek apartment buildings under construction.

Each newly developed property is owned by the CIM Group. The real estate company is working on at least 40 properties in the neighborhood as it looks to single-handedly redevelop West Adams into a trendy destination. But some long-term residents of the historically Black and Latino neighborhood feel like they don’t fit into CIM’s vision.

The man behind the CIM Group is Shaul Kuba and the company is worth some $30 billion. His vision is to not only build new developments, but design how neighborhoods should feel and look. All that’s according to Bloomberg Businessweek investigative reporter Peter Waldman.

“He fancies himself as a curator as much as a developer. He chooses and remodels and refurbishes and designs in ways that are very creative and that tend to attract a lot of young, creative types with expendable income, who can pay [thousands] per month for apartments in edgy places, like West Adams,” he tells KCRW. 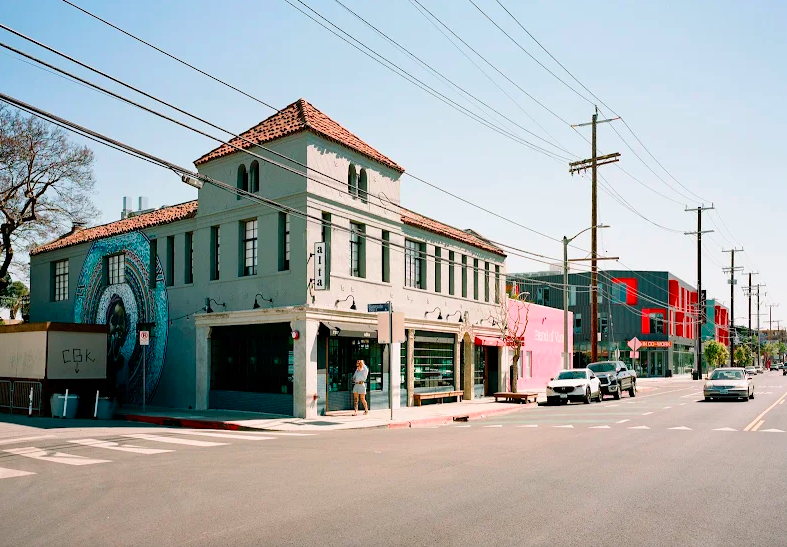 A street view shows Alta Adams, a “California soul food” restaurant in West Adams. Alta Adams’ building is one of a few along West Adams Boulevard that have been gutted and renovated by CIM Group’s Shaul Kuba. Photo by Stella Kalinina for Bloomberg Businessweek.

Waldman explains that more than half of the new developments are built using adaptive reuse architecture techniques — where existing buildings are repurposed for new projects. But he notes that there are long-time residents who are experiencing the after-effects of the new construction.

That includes Abdul Jamal Sheriff, who owns Holiday Liquor on West Adams Boulevard. Waldman says Sheriff has been offered millions of dollars in exchange for his property, but he’s rejected the offers each time.

“Just like Shaul Kuba, he isn't giving up. He's appealing the judicial injunction against Holiday Liquor, and he's also pursuing his own plans to develop a mixed-use, very CIM-style apartment retail complex right there on West Adams. So we'll see whether he can build a rival real estate empire to CIM Group right there in the middle of West Adams.”