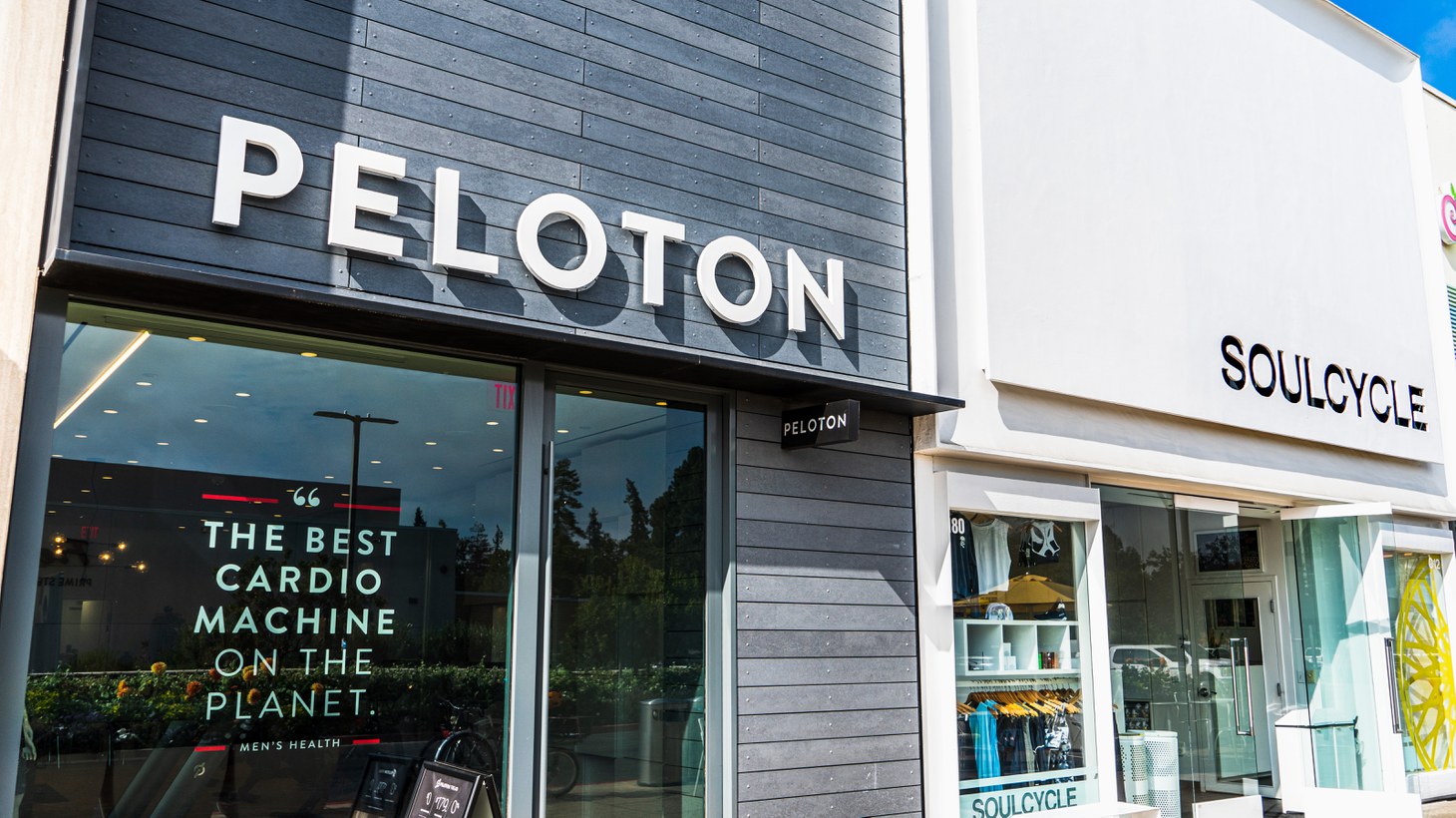 Peloton and Soulcycle stores are located next to each other in a Stanford shopping center. Both companies have faced economic losses and must reconsider how they’ll operate going forward. Photo by Shutterstock.

SoulCycle announced last week that it was going to close roughly a quarter of its gyms — after being a pre-pandemic exercise fad, with classes attended by Michelle Obama, Beyonce, Jay-Z, and Victoria Beckham. Also last week, Peloton announced that it was going to lay off about 800 employees and raise the costs of its indoor bikes.

“The cost of these classes are still pretty high. It's almost $40 to take a SoulCycle class, and despite largely attracting celebrities and affluent clientele, inflation is still hurting a lot of people. And I think a lot of people are seeking cheaper routes,” says Bethany Biron, associate editor at Business Insider.

Peloton was a darling of the pandemic, she says, but it’s been having a rough year, as pandemic restrictions eased, and more people want to exercise outdoors and participate in group fitness activities, and workouts have diversified.

“This is actually their third round of layoffs since February. They're also going through some executive shakeups, so a lot of identity crisis transitioning happening there as well.”

Nonetheless, she doesn’t expect Peloton and SoulCycle to go out of business. They’re just reconsidering how they’ll operate in this changed landscape.