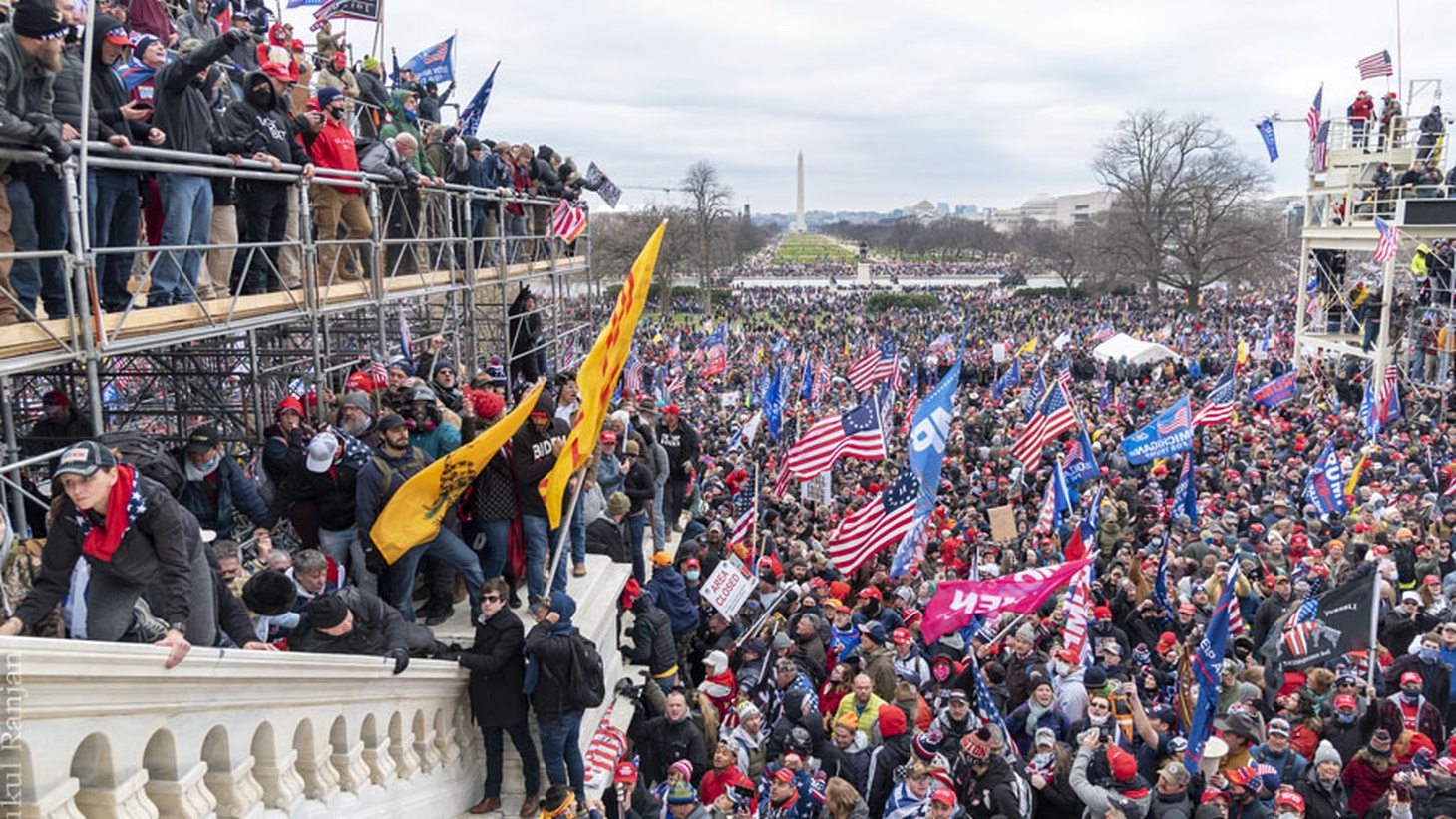 “If you have political violence embraced by the middle class, by educated people, by older people, I think they will know what to do the next time Trump says, ‘Please assemble,’” says Atlantic staff writer Barton Gellman. Photo by Blink O'fanaye (CC BY-NC 2.0).

A year after the U.S. Capitol insurrection, a Congressional committee is continuing to investigate the attack and holding former top White House officials in contempt of Congress. Attorney General Merrick Garland vows to prosecute people who participated “at any level.”

Meanwhile, writer Barton Gellman says January 6, 2021 was practice, and that the Republican Party led by Donald Trump is in even better shape to subvert the next election. His cover story in this month’s Atlantic is headlined “Trump’s Next Coup Has Already Begun.”