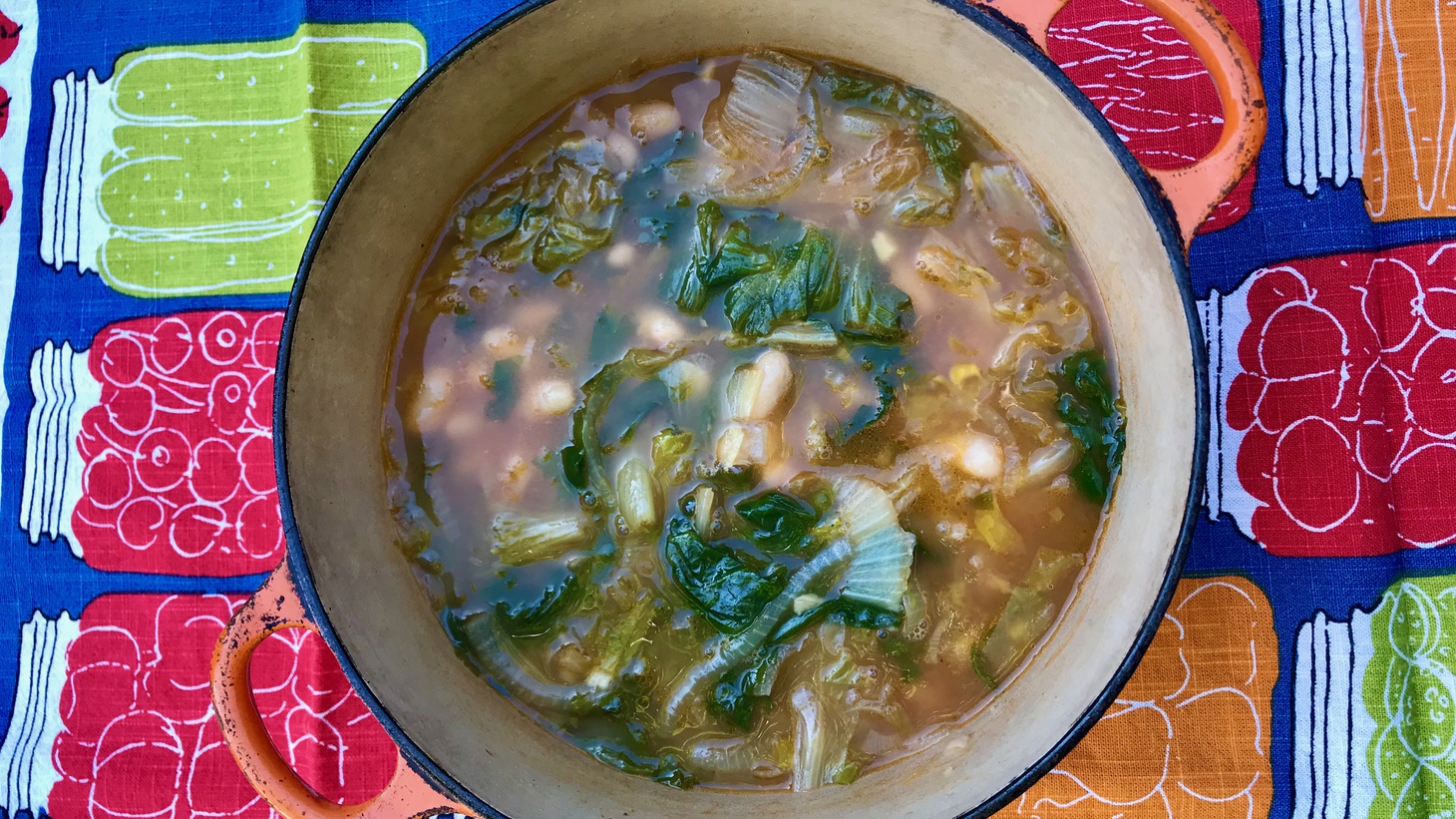 It’s the first week in January after a world-class period of at-home indulgence, and we need a jumpstart to healthy eating in the new year, so let’s eat soup. And let’s be clear, I don't mean soups laden with cream or cheese or even meat. The soups I’m sharing can be made with water instead of broth and are full of vegetables and/or protein-rich legumes and beans, and they’re quick to make.

One of my favorite soups in the Italian culinary canon is “zuppa di scarola” — escarole and white bean soup. It relies on the deep flavor of escarole, which is in stores now. Escarole is a sturdy leafy green that looks like a lettuce but is actually a member of the chicory family with that characteristic mild bitter flavor. It’s often used to soothe upset tummies or for general comfort in Italian communities. The interior of the head is blanched to keep the leaves light yellow and milder, while the exterior leaves are a deeper green and more bitter. Flavor-wise, it’s similar to radicchio, but the texture when cooked has a satisfying chew. Together, they make a lovely soup that is really easy to create. I find this soup filling enough that it’s a meal for me, but you can add sausage and potatoes if you wish.

The other soup I’ve been making on repeat throughout this colder Southern California winter is Shorbat Adas. It’s a red lentil soup claimed by every country in the Middle East. I’ve been using a recipe from the cookbook “Sumac” by Atas Atassi. Red lentils have a lot going for them. First, the color. It’s fun to use lentils that aren’t brown, and even though the color fades when cooked, in this recipe the yellow of the cooked beans is reinforced with a bit of turmeric. They are the fastest cooking lentil, breaking down quickly into a texture similar to a rough puree. Shorbat Adas is often the soup used to break the Ramadan fast, so it’s the beginning of a large meal. When I make it for myself, it is the meal accompanied by a salad and bread.

If you want to remove some of the bitterness of the escarole, plunge it into water you’ve brought to a boil, and then removed from heat. Let it sit for a couple of minutes, then drain and refresh with cold water. Then simply add it to the wilted onion and continue with the recipe. Personally I love the slight bitterness when paired with the creamy white beans. The texture once cooked is tender, but there is still a nice chew to it, which makes for a hearty filling soup, despite the lack of a lot of different ingredients. If you’re looking for a heartier soup, add diced potato and/or sausage. 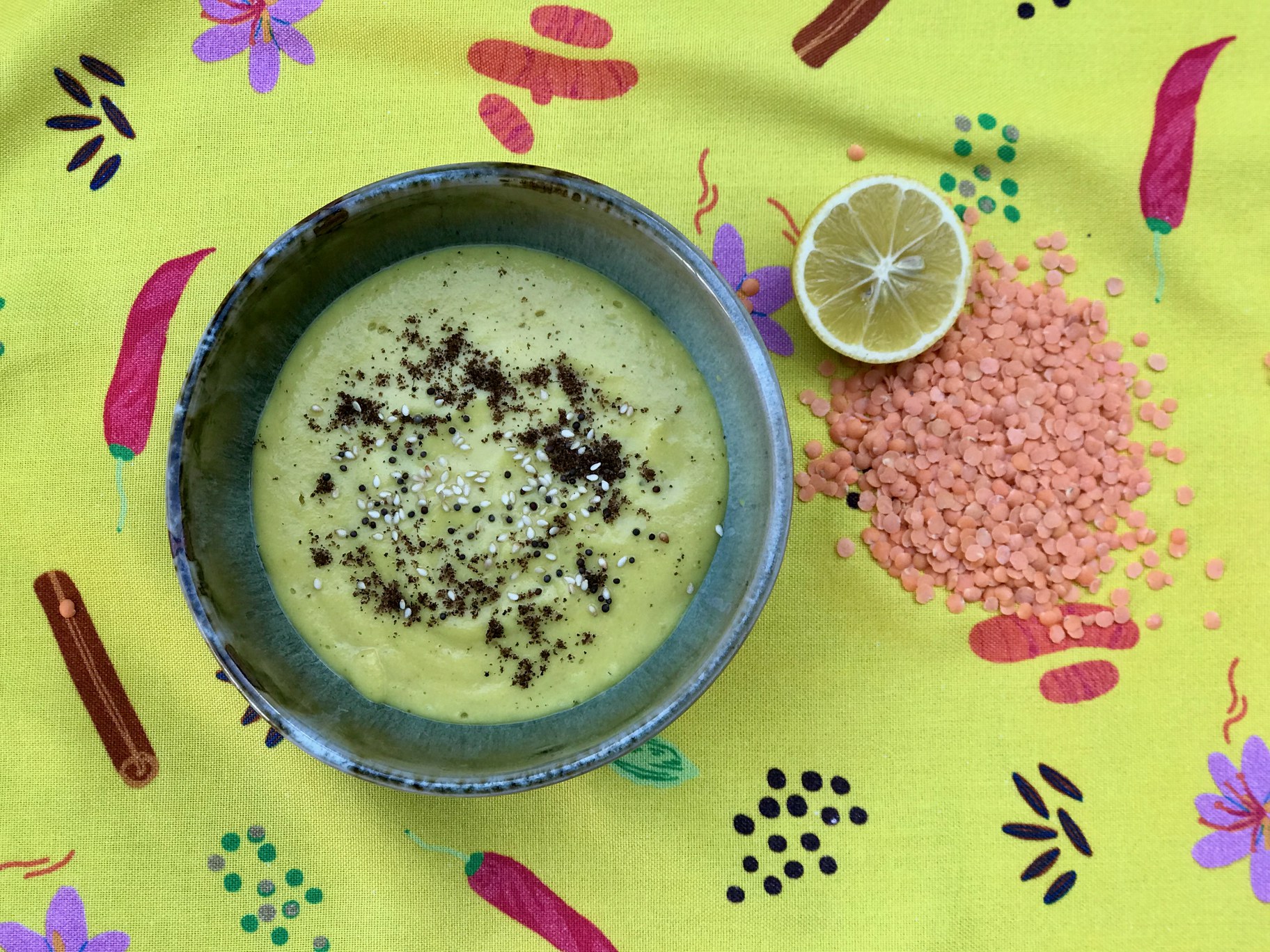 Shorbat Adas is a warming and nutritious Middle Eastern soup of red lentils and spices finished with lemon juice. Photo by Evan Kleiman/KCRW