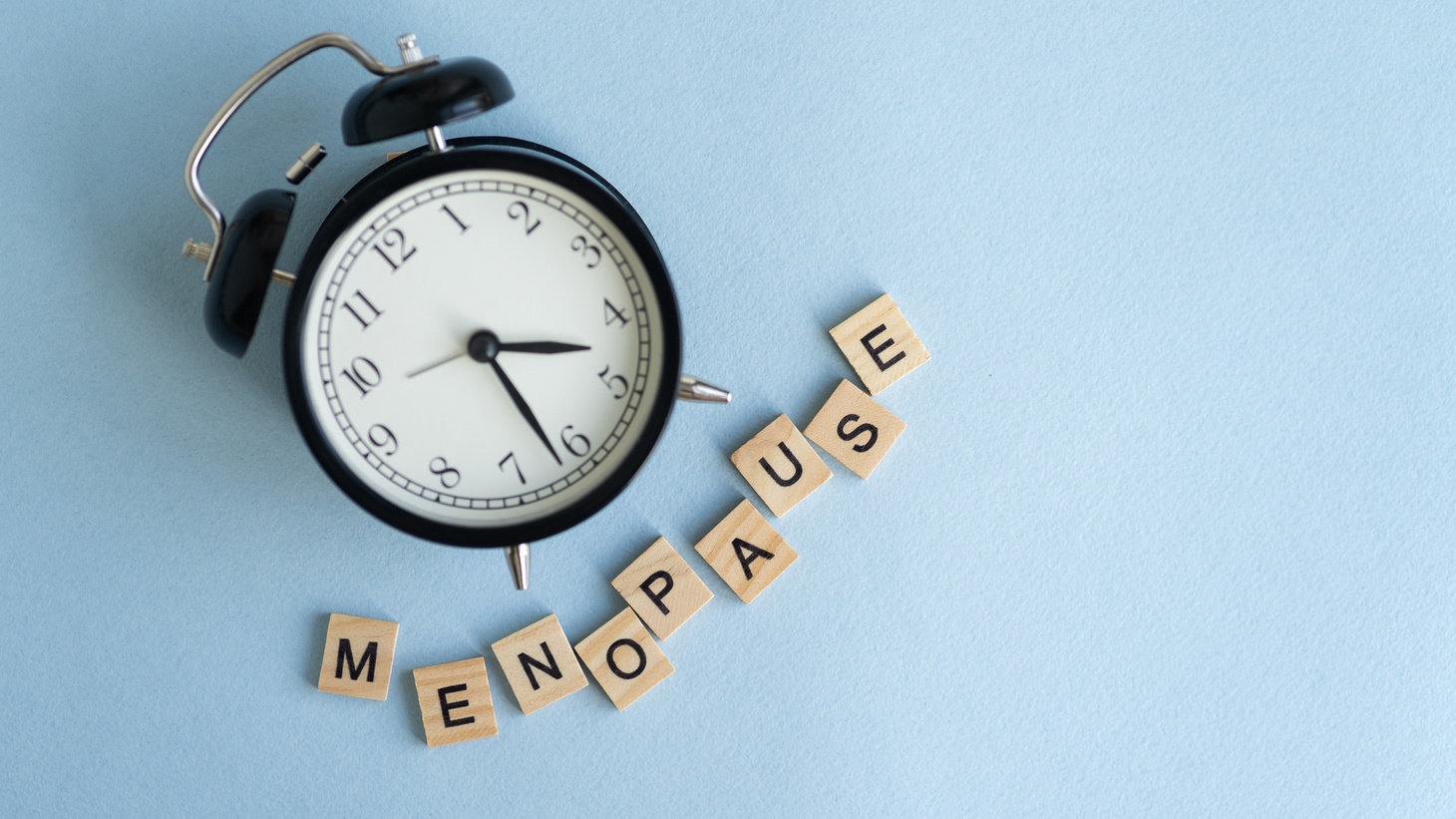 Menopause starts around age 51 on average, and brings a serious drop in estrogen levels, affecting the body from head to toe, says Dr. Somi Javaid, a board-certified OB-GYN. Photo by Shutterstock.

Menopause affects 50 million women in the U.S., especially when they’re at the prime of their professions and personal relationships. It’s usually diagnosed 12 months after a woman’s last period.

Menopause starts around age 51 on average, and brings a serious drop in estrogen levels, affecting the body from head to toe, says Dr. Somi Javaid, a board-certified OB-GYN and founder of HerMD, a growing chain of health care clinics in Cinncinati that specialize in menopause and sexual health.

She explains that women experience hot flashes, impaired sleep and memory, increased anxiety and depression, dry skin, weight gain, joint problems, a diminished sex drive, vaginal dryness, problems with orgasm, and no menstrual cycles for 12 consecutive months. And in the months or years leading up to menopause — a period known as perimenopause — some bleeding still occurs, and estrogen levels still drop but not as significantly.

People don’t talk much about menopause because it’s a generational thing, says Sally Mueller, a former executive at Target and now the co-founder and CEO of the wellness company Womaness.

“I'm 57, my mom did not talk about her menopause. And so, the baby boomers and even the Gen X generation really grew up with not being comfortable talking about it because their mothers didn't talk about it. And I do see it really, really changing with millennials. Millennials are breaking every taboo, and they're starting to open up the conversation, so thank god.”

Despite the physical symptoms, women are confident during this stage, having wisdom to share, and feeling empowered and creative, Mueller points out.

Javaid says that for millions of women, hormone replacement therapy (HRT) is safe and can effectively tackle many of the aforementioned symptoms, plus more hidden issues such as bone loss and increased risk of cardiovascular disease.

Timing is important with HRT. “If hormones are prescribed within the first five years of menopause, they are actually cardioprotective. As far as increased breast cancer risk, yes, if you have an estrogen receptor or progesterone receptor-positive tumor, you can definitely accelerate the growth. We still have not proven though that HRT is actually what causes the cancer cells to start in the first place. But patients who have a history or a strong family history, or who have genetic mutations like BRCA, we do not recommend hormone replacement therapy for them.”

Does HRT help women be their younger selves again? Javaid says in her 20 years of clinical practice, women have said their skin changes, acne disappears, and joints hurt less.

“Yes, patients do see a return or a resolution of some of these complaints that they are having. But I do want to make it clear: I'm not going to take a 51-year-old patient and make her 21 again. But definitely they feel better.”

Meanwhile, non-hormonal options exist too, such as radio frequency treatments and CO2 lasers, which are used for vaginal dryness, Javaid points out.

It’s important to understand that menopause can lead to longer-term health effects, and many women don’t become informed until they’re already in menopause, says Mueller. “It would be so much of an easier transition if they become informed even in their 30s and early 40s.”

Javaid says she starts educating her patients in their 30s. “I always tell my patients: No one knows your body better than you do. If your provider’s not listening to you, you need another provider. … I really encourage women so that they can live their best lives, and to understand what's going on with them and to seek out the care that fits both their choice and their lifestyle. The earlier they learn about it, I think, the better they will fare with their health care.”

Javaid says women need to eat differently too, and she’s a big proponent of intermittent fasting to bring down insulin levels, which helps with weight gain that happens in menopause.

Also, turn to weight-bearing exercise to counter osteoporosis, and do pelvic floor strength training to maintain sexual function and stay continent, she adds. “We don't want to pee on ourselves when we're exercising or coughing or laughing with friends.”