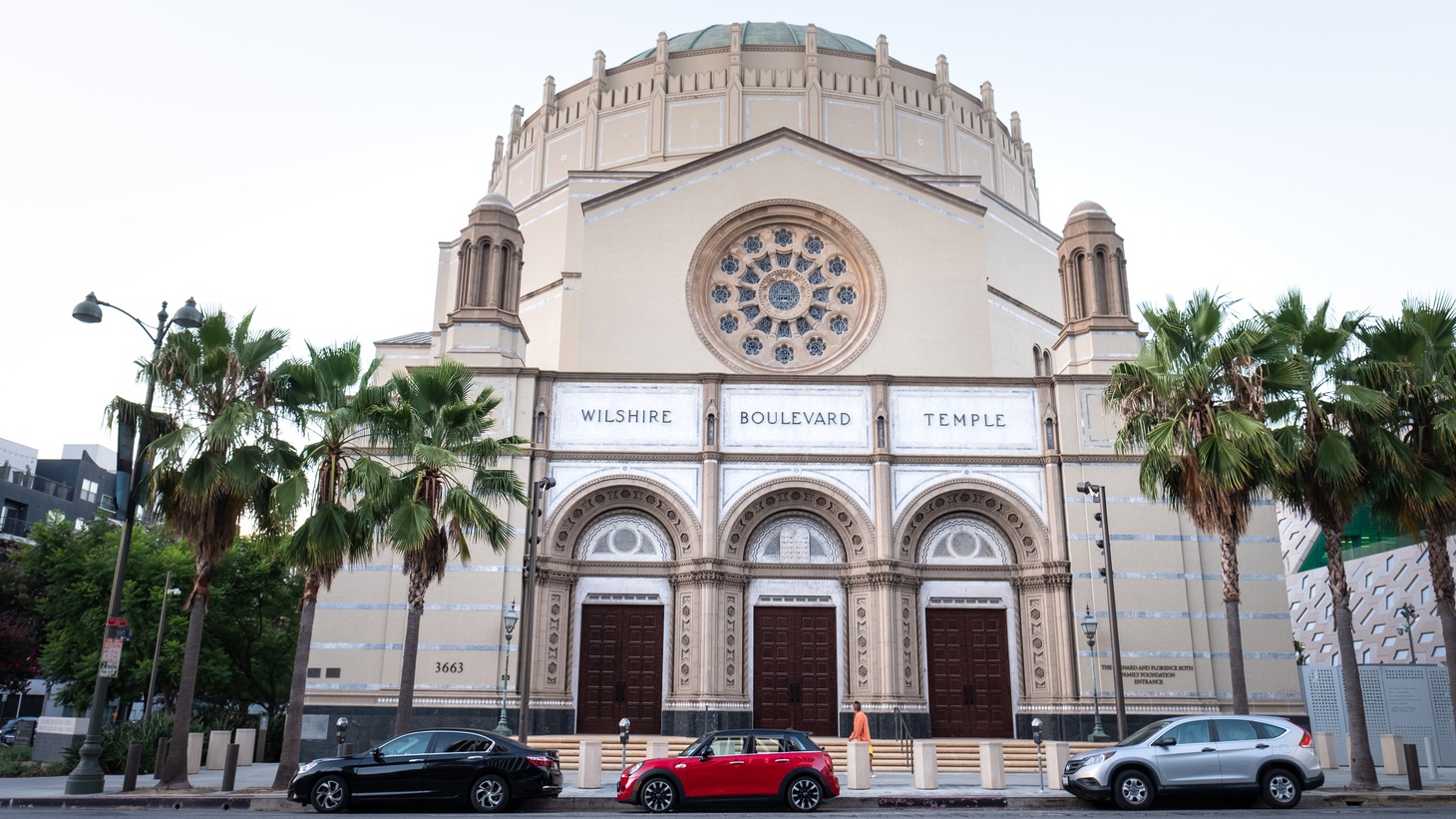 The Wilshire Boulevard Temple is led by rabbi Steve Leder. He says the Texas hostage situation is an example of the widespread extremism and anti-Semitism that still exists in America. Photo by Amy Ta/KCRW

A gunman took four people hostage on Saturday at the Congregation Beth Israel synagogue in Colleyville, Texas. Happening during a livestream of the day’s services, many members watched in horror, hearing commotion from the assailant who entered the building. The hostages escaped Saturday evening, crediting extensive training with local law enforcement and the FBI for knowing how to handle the situation. President Joe Biden has labeled the incident an act of terror.

Synagogues, especially in LA, have faced threats for years and thus have ramped up their security and training. According to Steve Leder, who is the senior rabbi at the Wilshire Boulevard Temple, says he doesn’t know of any place of worship that doesn’t have money allocated for security measures.

“I don't know of a church, a mosque, or a synagogue that doesn't have a security budget in its annual expenditures. It's almost always six figures, in some cases, seven figures,” Leder tells KCRW. “It breaks my heart that we need to spend this money on security personnel and protocols and hardware and software, when we could be using the money to scholarship kids to schools and camps, and to feed our hungry neighbors. But that's not the world we're in today.”

Leder says that at the Wilshire Boulevard Temple, security and staff undergo regular lockdown drills. A complex system can identify where members are at any given time, and all staff wear indicators that show they’re part of the community.

The Texas hostage situation comes at a time when anti-Semetic behavior continues to proliferate through the U.S. Leder says he’s frustrated with the framing of the incident, and he asks where are the Jewish community’s allies right now.

“Where are our woke friends with whom we marched after George Floyd was murdered? With whom we have marched for civil rights, voting rights, women's rights, reproductive rights. Where are our woke friends when we need them to stand up and call this by its name — Jew hatred [and] anti-Semitism? Jews are the most persecuted religious minority in America. And we need to say that and own it and address it.”