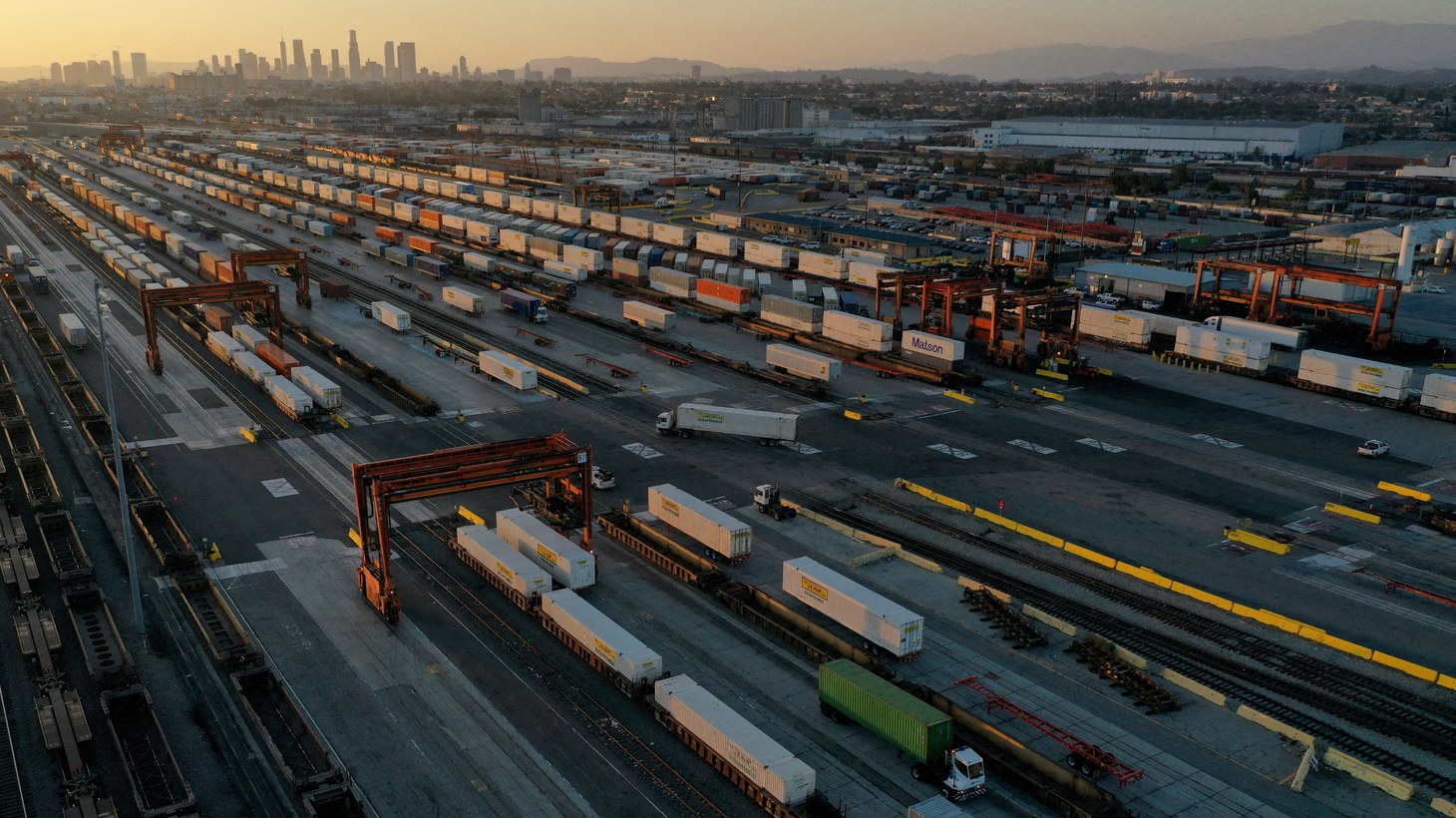 An aerial view shows gantry cranes, shipping containers, and freight railway trains ahead of a possible strike if there is no deal with the rail worker unions, at the Union Pacific Los Angeles (UPLA) Intermodal Facility rail yard in Commerce, California, U.S., September 15, 2022. Photo by REUTERS/Bing Guan/File Photo.

It looks like Congress will intervene to prevent a massive railroad worker strike. After meeting with President Biden and other Congressional leaders today, House Speaker Nancy Pelosi told reporters she’ll bring a bill to the floor on Wednesday morning to force a deal.

She said she doesn’t like to go against labor unions’ ability to strike, but the stakes are too high: “Water will not be safe. Product will not be going to market. We will be losing 750,000 jobs — some of them union jobs. That must be avoided.”

Republicans are expected to go along with it, but Republican leader Kevin McCarthy, the likely next House speaker, criticized the administration for this last-minute maneuvering: “Nobody wants the economy to fail. Nobody wants this to happen. And if you’re passing a bill to force the rail workers to work, how strong is your economy?”

“Rail workers in the United States do not receive a single paid sick day. And so what they really were asking for was a handful of paid sick days. … The rail carriers have really not budged on this,” explains Lauren Kaori, labor reporter, The Washington Post. “And this goes hand-in-hand with … understaffing, like unpredictable schedule. … In the middle of the night there, they could be called to come in. It's a system that they say has been implemented for cost-cutting, but it's also upended their lives and is taking a toll on their mental and physical health.”

She adds, “There's really not a lot of flexibility, and that means … workers are going to work sick with COVID. A lot of them are skipping doctor's appointments. I spoke to a worker’s family … their son who was an engineer, he died on a rail car in June because after he delayed a doctor's appointment from a heart attack.”