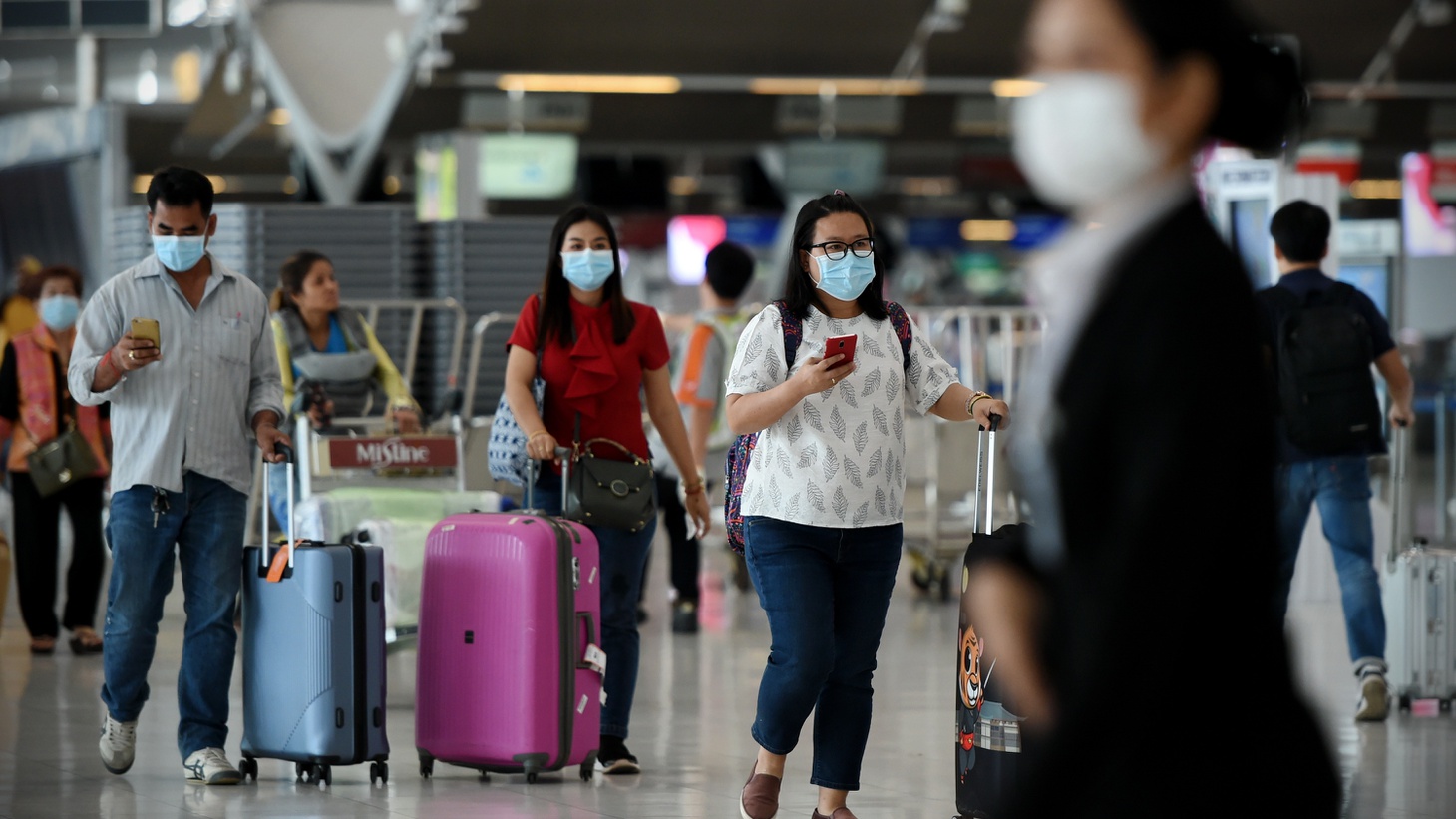 Thousands of flights worldwide were canceled this past weekend as the Omicron variant collided with winter weather. A big snowstorm grounded flights in the Midwest and East Coast. Americans who went abroad needed to show a negative COVID test before they could head back home. And already short-staffed airlines dealt with workers testing positive.

“Airline employees are calling in sick. … They can’t be pilots or flight attendants or gate agents. And airlines have just been scrambling to try to fly as many flights as they possibly can,” says Brian Sumers, editor at large for Skift.

This means passengers are getting stuck where they're not supposed to be, Sumers says.

“Let's be hopeful that this is a once in a century phenomenon. I mean, think about how many people are testing positive for COVID right now. We've never seen anything like this. Why would you expect airlines to run perfectly when absolutely nothing else is? But let's not bring the airlines too much for what's going on here.”

Dr. Anthony Fauci recently suggested that perhaps airlines should enforce a vaccine requirement for flying, but Sumers says this seems like a political question. “The airlines want absolutely no part of this. If the government decides it's a requirement, they'll follow it. But airlines don't want to be asking people if they've been vaccinated in order to fly.”

If Americans want to leave the country, Sumers suggests that’s a bad idea. He went to Mexico with his family over the holiday break and was nervous the whole time, he admits.

Anyone entering the U.S. — citizen or foreigner — must now take an antigen test one calendar day before arriving. If you test positive, the U.S. government requires you to wait 10 days before you can try to reenter, he explains.

“We're hearing anecdotes all over the place of Americans who are stranded abroad. Maybe they're asymptomatic, maybe they have cold-like symptoms, the government doesn't care. You cannot get back into the country if you're testing positive for COVID, at least until you're cleared by a doctor, and that's about a 10-day period.”

If you have COVID and are in an authoritarian regime, that government might want to closely monitor you and take you to a quarantine hotel, and if you’re in a place like Mexico, you’re on your own as you wait for your antigen test to clear, Sumers explains.

For people who bought tickets but decided to not go through with their travel plans, they can’t get their money back unless they booked a specifically refundable ticket or the airline canceled their flight.

But Sumers notes, “The one positive of COVID is that airline change fees generally are gone. So you used to have to pay as much as $200 to change your ticket. Now airlines have said, ‘Look, if you don't want to fly for any reason, just tell us in advance. And you can use the value of that ticket up to probably a year in advance.’ So a lot of people canceling now, they don't lose money like they used to. They'll just have to fly again at some point in 2022.”