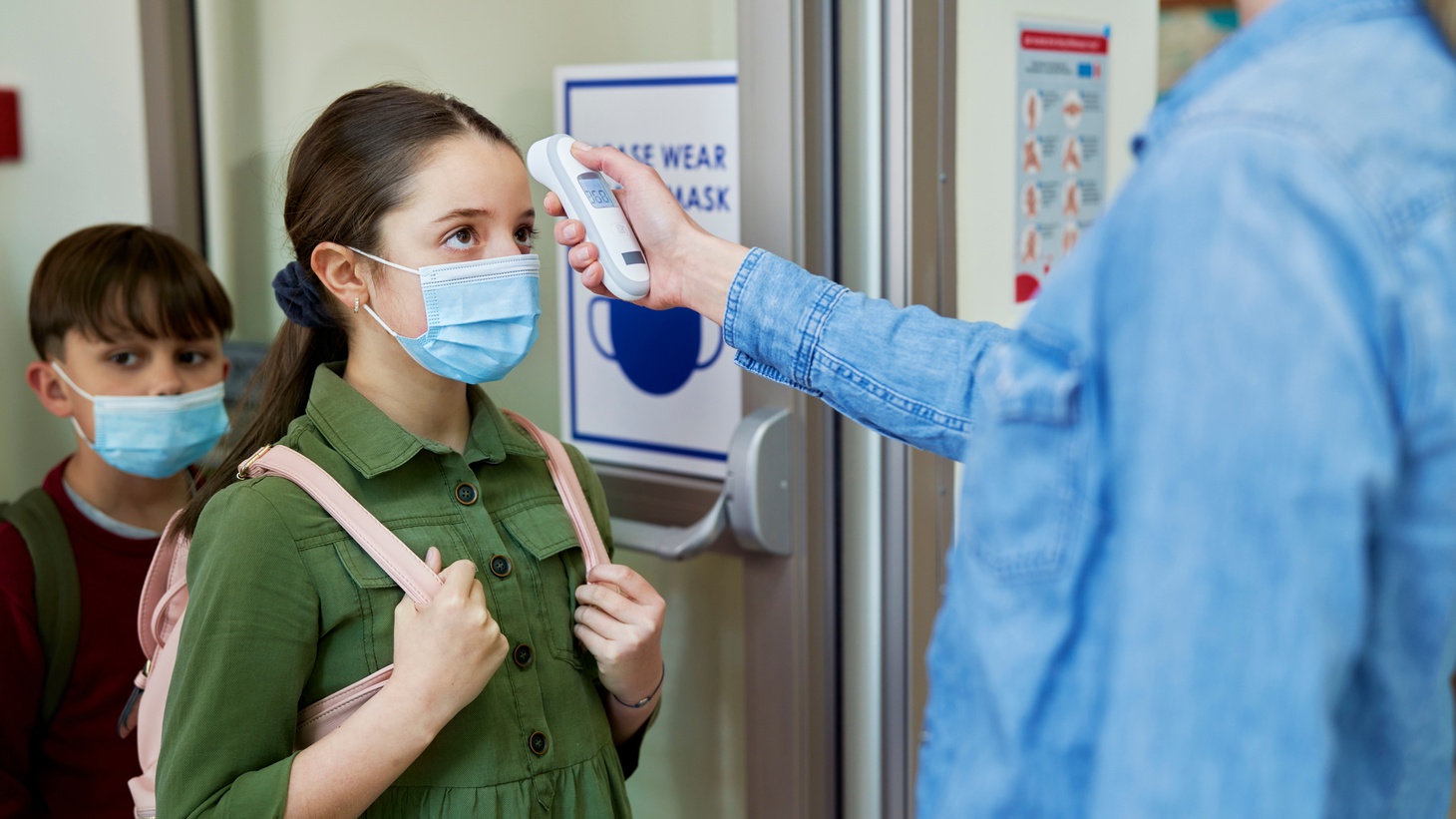 “[LAUSD] wants to know if somebody is sick. They want to catch them at the door, in essence, and have them stay home a few days,” says LA Times reporter Howard Blume on the district’s new COVID-19 testing approach ahead of a return to the classroom. Photo by Shutterstock.

Schools nationwide are in disarray again as the U.S. reports more than 1 million new COVID-19 infections on Monday. Many districts have delayed restarting after the holiday, but some Southern California schools are still open. Students in the Long Beach, Alhambra, and Burbank districts returned on Monday, and LA public schools plan to return next Tuesday.

LAUSD has rolled out a new coronavirus testing plan to keep students and staff as safe as possible, which requires everyone to take a test before going back on campus, says Howard Blume, education reporter at the Los Angeles Times.

“They have an infrastructure set up to do that. They are just about the only district that is doing that comprehensive of a testing program,” he tells KCRW. “But basically, they want to know if somebody is sick, they want to catch them at the door, in essence, and have them stay home a few days. But other districts are not doing that. Some are, but I would say most are not.”

Governor Gavin Newsom previously announced the delivery of rapid tests to all students in the state, but Blume says only about half of those tests have reached local officials and still need to be distributed. He adds that there are downsides to even this approach.

“All of these tests are just snapshots. So you could get a test six or seven days ahead of time and be good to go back to school, but theoretically [could] catch this very contagious variant after that. Now, on the plus side, maybe this variant isn't as likely to cause serious illness, but it is highly contagious. And that 10% figure is a guess. But they're saying, ‘Be prepared, 10% of the people coming in might have this, and what happens after that is anybody's guess.’”

Meanwhile, the shifts from in-person to online learning and back again have disproportionately impacted children.

He points out that historically disadvantaged students have been especially impacted by virtual learning, plus students from schools that were shut down for a long time.

Blume adds that families who are low-income and from marginalized communities have shared stories of hardship throughout the pandemic.

“These are the families that have bad Wi-Fi at home. They have inadequate learning conditions at home. Their parents are essential workers. They're not able to supervise their family members. [Family members are] getting sick and dying,” Blume explains.

Polikoff says that even when students can return to classrooms, a big challenge will be making up for learning loss.

Blume says all of these actions are being discussed at LAUSD.

But Polikoff mentions, “Another challenge is that just because you offer something doesn't mean that people are going to participate in it. And it may in fact be that the people who have been the most affected by the pandemic are actually the least likely to want to participate in these things.”

Meanwhile, hundreds of job positions are still unfilled in the district, administrators can’t even find enough substitute teachers, and some teachers have retired for good, Blume explains.

“In January in particular, because of all the COVID-related absences that we expect … the disruption is likely to continue. … But the hope is that people will come online with being hired, and that the pandemic itself will begin to subside. That would help a lot,” Blume says.