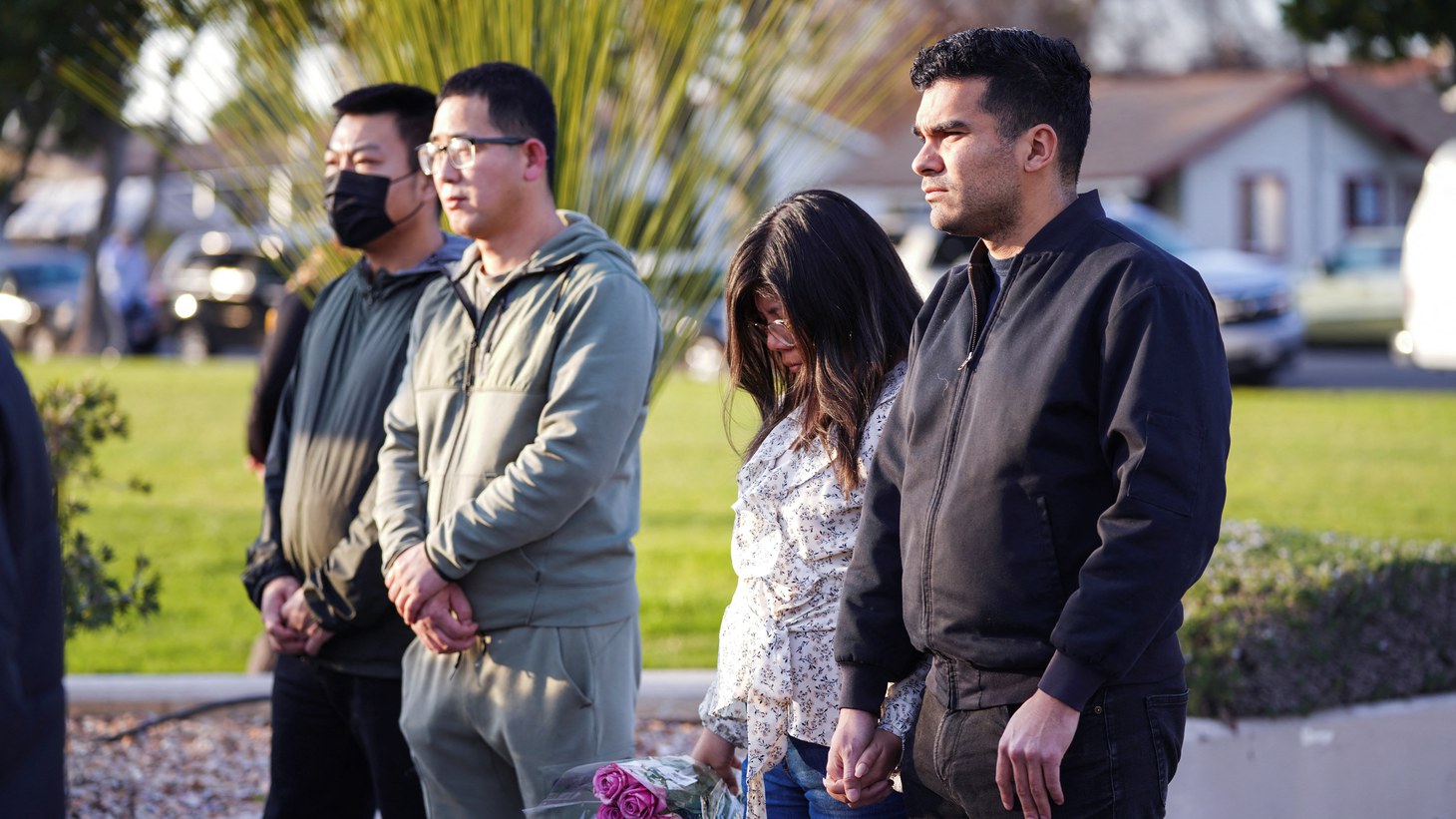 Members of the community hold a prayer vigil near the scene of a shooting that took place during a Lunar New Year celebration, in Monterey Park, California, U.S. January 22, 2023. Photo by REUTERS/Allison Dinner.

Flags at the White House are at half-staff after a mass shooting at a dance studio in Monterey Park on Saturday night, about an hour after the city’s annual Lunar New Year festival ended. Eleven people died and nine more were injured. The victims were all in their 50s, 60s, and 70s. A few have been identified.

LA County Sheriff Robert Luna says the alleged shooter was a 72-year-old man who lived in a trailer park in Hemet. He died from a self-inflicted gunshot wound in his van on Sunday, as officers approached his vehicle. No motive has been identified as of noon Monday. He was reportedly armed with a likely illegal gun that had a high ammunition magazine.

Saturday’s mass shooting is the 36th in the U.S. since the start of the year, according to the Gun Violence Archive, which tracks shootings with four or more victims.

Tens of thousands of attendees were at the Lunar New Year festival, which was the first in-person celebration since 2020, says Jeong Park, an Asian American communities reporter for the LA Times.

The shooting took place at a western-style dance studio, which has historically been a gathering place for many Chinese and Taiwanese elders in the community. Some of these ballrooms also serve as boarding houses, where elders can sleep for $15 a night. Park says hundreds of residents reportedly stay at these boarding houses.

“They're looking for things to do and a way to socialize with their own fellow immigrants. This ballroom served as that spot. And this spot in Monterey Park has been one of the most popular ballrooms that's been around for decades,” Park explains.

He points out that Monterey Park is a socioeconomically diverse community, home to immigrants from countries such as Taiwan and Hong Kong. Some refer to it as the “Chinese Beverly Hills.”

“It still remains, in so many ways, a hub for so many immigrants here in the community. They may live elsewhere, but they may come here for their boba, or for the noodles, or their dim sum. … Even though it might not be their first home, it's their second home because they grew up here, they lived their life here.”

He adds, “I almost refrain myself from saying it, because it's so cliche, but I mean, they never thought it would happen here. … There has been a lot of discussion, for decades at this point, about how to revitalize and how to help the mom-and-pop businesses — a lot of the small immigrant businesses that are here. And I think there's a conversation to be had about what this tragedy could mean for the vibrancy of this community going forward.”