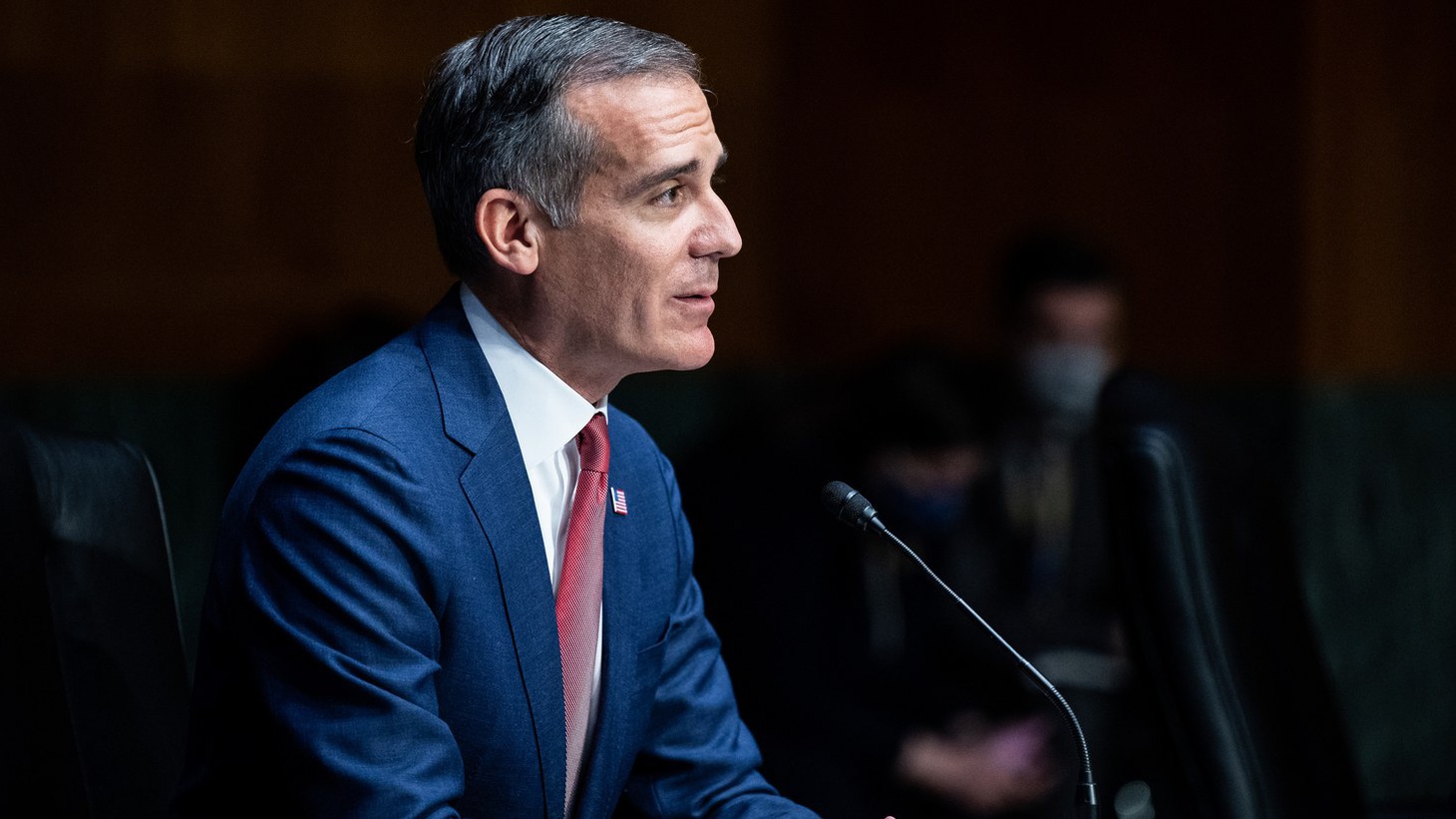 Eric Garcetti, nominee to be ambassador to the Republic of India, speaks at a hearing of the Senate Foreign Relations Committee, December 14, 2021, Washington, D.C. Photo by Michael Brochstein/Sipa USA.

“Folks want to see more information,” says Christopher Cadelago, White House correspondent for Politico. “They want to make sure everything Garcetti has said about this and his professed lack of knowledge about the allegations against Rick Jacobs are all looked at.”

At least four people, including the mayor’s former communications director Naomi Seligman, have publicly accused Jacobs of sexual misconduct and say Garcetti knew about it. Seligman has demanded Garcetti be charged with perjury for denying his role in his former aide’s allegations. They are all cooperating with Senator Grassley’s investigation.

“At the very least, [it’s] put this on their radar and cause them to ask questions about it,” Cadelago adds. Currently no Democratic senator has come forward and voiced their support of Garcetti’s nomination.

Garcetti denied the claims and addressed the allegations to the Senate Foreign Relations Committee during the confirmation hearing last December.

“I never witnessed nor was it brought to my attention the behavior that’s been alleged,” he said to the committee. “I want to assure you that if it had been, I would’ve immediately taken action to stop that.”

But if what he says is true, Garcetti really has nothing to worry about, says Jim Newton, UCLA professor of public policy and communications and editor of the school’s magazine “Blueprint.” He believes there won’t be much blowback to Garcetti’s confirmation hearing or his future endeavors if that’s the case.

“It all hinges on whether Garcetti’s telling the truth,” Newton says. “If he is in fact telling the truth, then I think this is a small moment in [his] career. But if he has perjured himself, certainly it's of a different order of magnitude.”