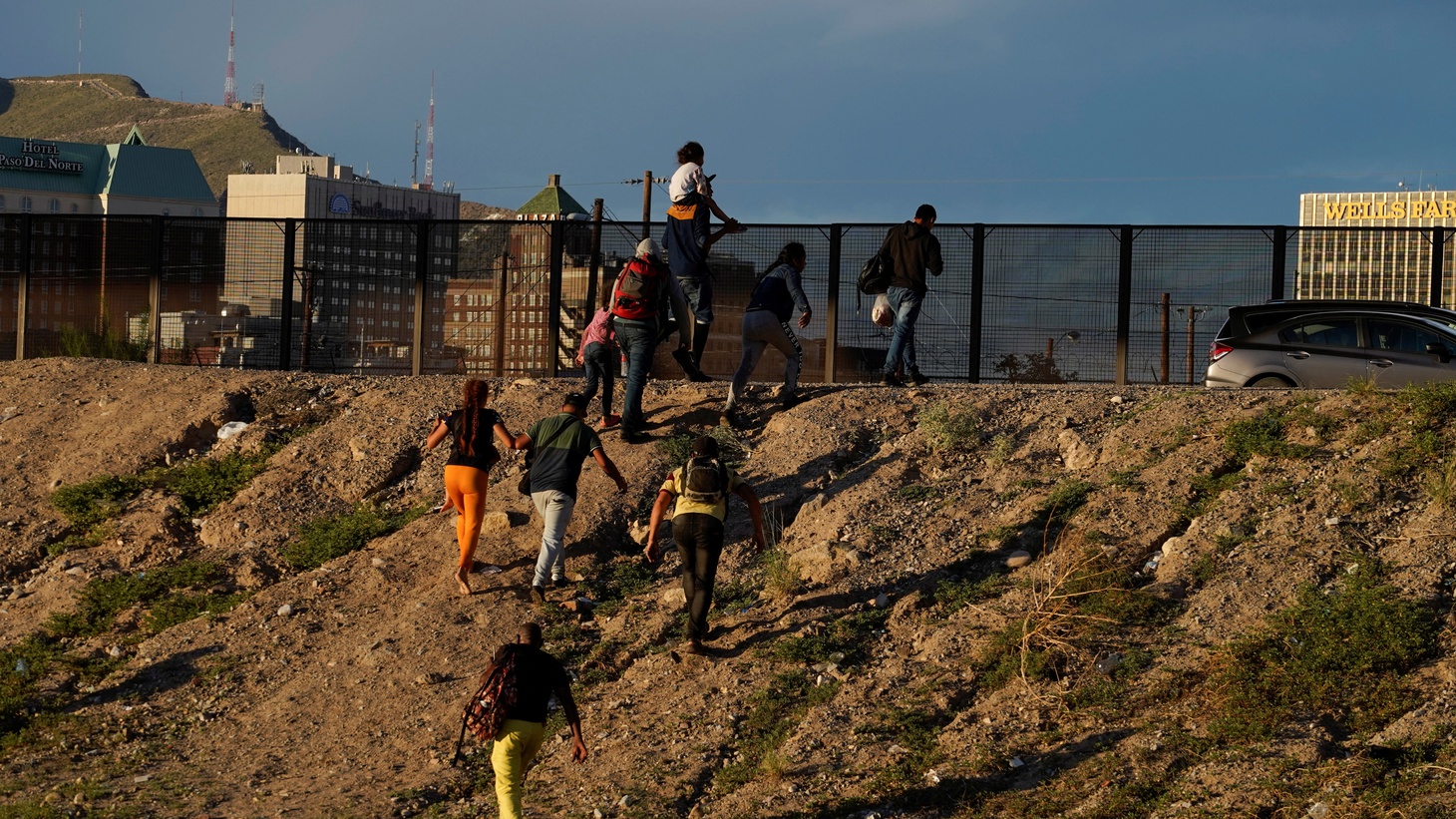 Asylum-seeking migrants, mostly from Venezuela, climb up an embankment after crossing the Rio Grande to El Paso, Texas, U.S. as seen from Ciudad Juarez, Mexico, September 19, 2022. Photo by REUTERS/Paul Ratje.

For months, Republican governors have been putting migrants arriving at the U.S.-Mexico border on buses and planes, sending them to Democratic “sanctuary cities” without warning or planning. On Tuesday, a civil rights group filed a lawsuit against Florida Governor Ron DeSantis after he chartered a plane from Texas to Martha’s Vineyard for 50 migrants. Most of these migrants are from Venezuela.

“Venezuela itself is among the top refugee-producing incidents in recorded human history. … The political situation in Venezuela, the total economic collapse of Venezuela, that basically made it so everyday life is almost impossible,” says Molly O’Toole, immigration and security reporter for The Los Angeles Times.

She says that there was a mass exodus of Venezuelans to neighboring countries such as Colombia, Ecuador, and Peru, which were devastated by COVID-19.

“You already have those economic pressures, they're already vulnerable because they're displaced people. You have a lot of frustrations and tension and xenophobia that's being increasingly directed at them in these countries. So you have this sort of cocktail of … insecurity in a literal sense, but also economic insecurity. That's also pushing these people forward now.”

When seeing a doctor, each diagnosis, procedure, and service has a code. Those labels and classifications affect what insurance will pay for, but they haven’t kept up with...

During one of Donald Trump’s recent rallies, he appeared to embrace QAnon, a fringe movement that combines conspiracy theories, putting Trump at the center as an almost...

Masa is essential in a good tortilla. Where to get it, how to make it

Key to the perfect tortilla is the dough — masa. Jorge Gaviria has a new book out about the history of the ingredient, which he considers one of the greatest human inventions.