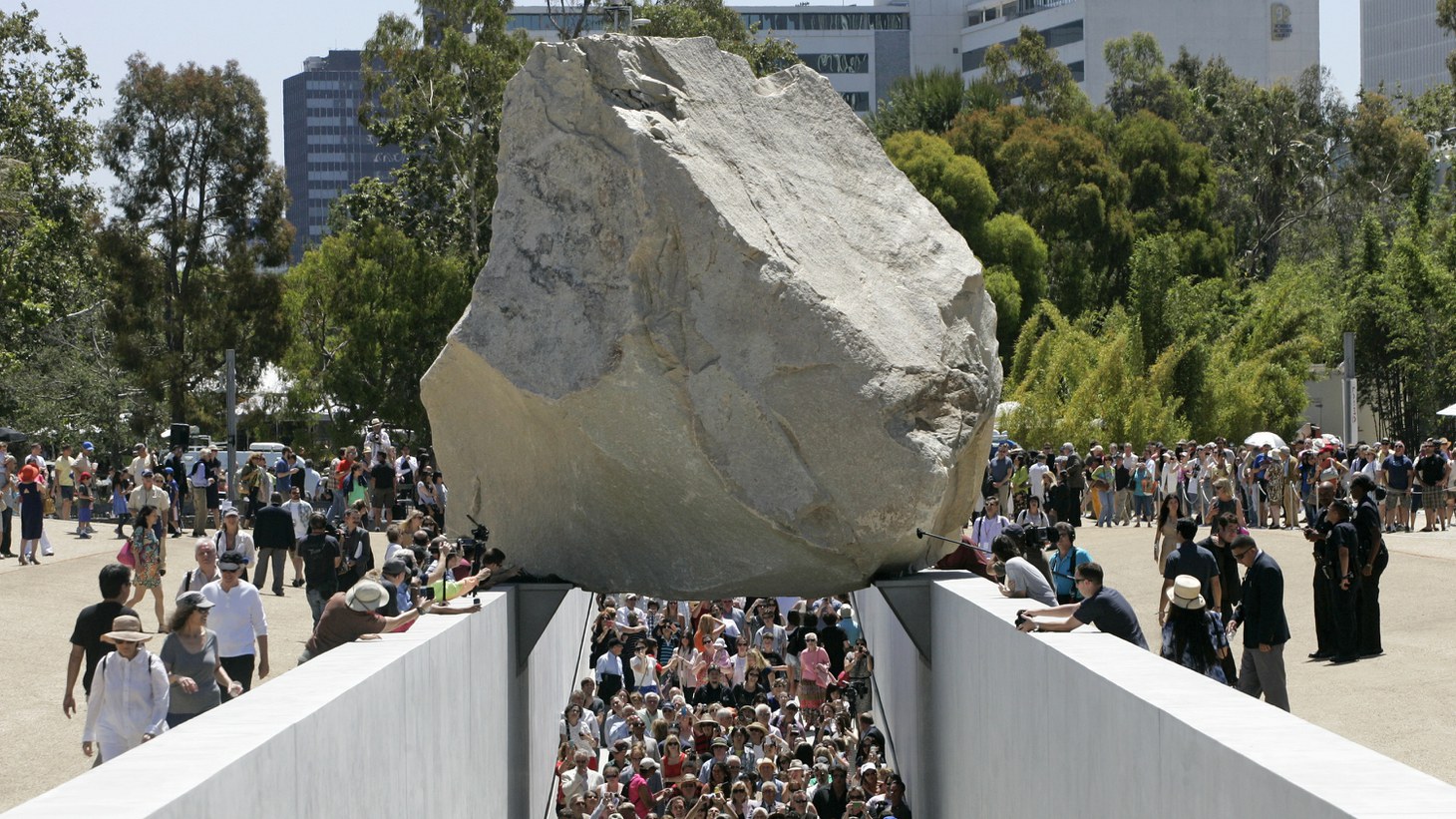 Michael Heizer is known for creating “Levitated Mass,” the giant boulder suspended over a concrete walkway outside LACMA. Now he’s completed a new work called “City,” which stretches out for more than a mile in the Nevada desert. The installation looks like a modern replica of an ancient city, and it’s said to have taken Heizer 50 years and $40 million to build it. It opens next month to visitors, but only a few will be able to check it out.

“The art world and critics and curators love the guy. So now he's made this mega sculpture in the desert of Nevada. To me, it looks very handsome — and incredibly overly determined male to me,” ​​says Jerry Saltz, senior art critic for New York Magazine.

He continues, “It seems to be art from like another era … of heroes … great male figures. Heizer calls the work a masterpiece. I'm not so sure. But to me, this art, probably when you're in, it will be amazing.”

However, Saltz says he sees Heizer as “an artist afraid.”

“Michael Heizer could move to the desert, build his own town, and make rich people buy his bad art for LACMA. … Good for him. … But I think the piece, the deep content of this work, is not just it's [a] beautiful ambition and obsession, but the fear that he had no more ideas, and that he had to build just this one. Maybe we're all like that, trying to fight that demon. I see a very unfortunate loss in his talent that he didn't keep trying to develop. ”